Aphex Twin and Novation announced the launch of the Novation AFX Station, a new edition of the Bass Station II synthesizer with a new look (approved by Richard D. James himself), and some improvements like the ‘AFX Mode’.

Novation’s AFX Station includes the same Bass Station II features, including two oscillators, a multimode filter, amp, and filter modulation, step sequencing, and arpeggiator. It also comes pre-installed with firmware v4.14, which adds new features including fixed-length envelopes, extended sub-oscillator controls, oscillator slip divergence, and the acclaimed ‘AFX Mode’, with which each key becomes a new patch, revolutionizing the form in which it can be played on an instrument since each key will have a completely different sound.

Novation’s AFX Station is up for 533 US$ and you can pre-order it here. 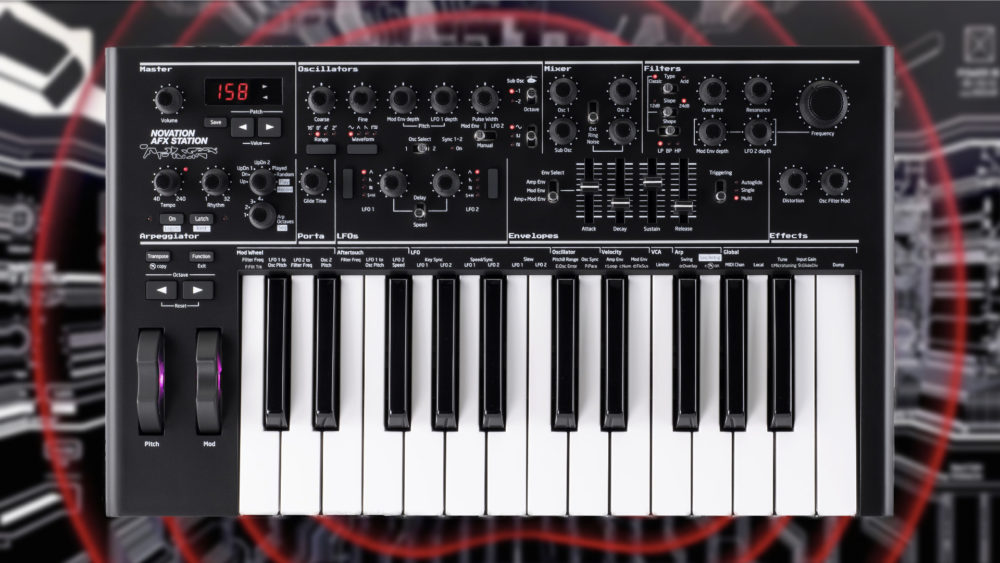