Out last year via SCI+TEC, Nagaya’s ‘Dream Interpretation’ was an immersive masterclass in ritualistic simplicity. Floating in a cloud of harrowing ambiance, its nine tracks inviting the listener to traverse a broad spectrum of spirit. Now, almost exactly a year later, the Tokyo master returns, this time drafting in an impressive array of names like Flug, Yotam Avni, Steve Rachmad, Dubfire himself, and more, to reinterpret the very same tracks, each in their own captivating style.

Originally, ‘Dream Interpretation’ seems to have been created as both an escape from and a therapeutic medium for the difficult times that Japanese ambient maestro Kazuya Nagaya was living through while composing the album, and while though it is a sonically warm and embracing record, the comfort also depicts a desolate view into our human existence. These new remixes further explore said notions with that classic SCI + TEC ethos in mind, envisioning a multiverse of possibilities and takes on Kazuya’s enchanting world.

The record opens with Dubfire’s remix for ‘Thanatos’, where the SCI + TEC headmaster devises a throbbing, mechanically gritty frame. A place where atmospheres contrast beautifully, like a spec of dust floating across the only ray of light in a lost memory, as bright synth pulses lead the way out of the shadows and into Valhalla.  With the music in full force by now, ‘Mother Wading In The River (EVS Remix)’ presents a contraption of Lo-Fi beats and gloomy ambiance that depict a stark place, but ever so tranquil. The track flows effortlessly as the haze engulfs us, turning on us in a violent fashion generating a perplexing duality that resonates down to the bare bones.

Vril keeps the cogs turning like clockwork in his remix for ‘Heathen’, grinding the dirt of the landscape that surrounds the chassis where they come alive. As they malfunction from use, the machine explores its own consciousness, reliving dreams, remembering that there is so much more waiting outside. A second take on ‘Mother Wading In The River’ is now delivered by Flug, as he drops his spellbinding ‘Broken Remix’.  Here, skitterish beat allows for unsettling drones to swell, morphing into a broken Techno leviathan that feels eerier with every beat, reminiscent of some of Aphex Twin’s most gripping work.

As one of the original tracks with the most inspiring source material, ‘Mother Wading In The River’ undergoes several transformations across ‘Dream Interpretation (The Remixes)’.  On for a different timeline, Cassegrain surgically spirals grains against each other for texture as a galloping baseline rides on spinning plates while mangled vocals breathe fresh air into his own take. Conceiving a brighter future for Kazuya’s ‘Mother Wading In The River’, the Berlin-based duo crafts a stunning club piece bound to entrance bodies with its elegant stroll. Now, deep in R.E.M. state, Steve Rachmad conjures electronic blips that run delectable sequences, setting the groundwork for a stylish minimal frame where the wails of lost souls echo endlessly in a wondrous affair that captivates the imagination.

Past the halfway mark, Yotam Avni’s take on ‘Wolfman’s Dream’ comes in pulses, as neon synths interact with tubular percussions as they twist and turn in sharp corners, orchestrating some eye-catching maneuvers in the dark. Deeper down the rabbit hole, Intercity Express takes on ‘Heathen’. Here, skipping drones draw patterns over the surface, submerging us without resistance, dragging us down to the lakebed with the weight of each kick as percussive patterns scape like bubbles floating upwards, only for us to hopelessly contemplate in silence what we’ve left behind.

Over an iron-cast groove, ‘Wolfman’s Dream (Markus Suckut Remix)’ becomes infectious, treading down to an intersection where reality and illusion intertwine, letting go of what might be or might have been, trading it for what is as mesmerizing pads shimmer showing us the way to a brighter presence of mind. Vocal recordings sway in and out, evoking messages from beyond, but seemingly recreated from past experiences for on the LP’s most entrancing moments.

For the last two remixes, the ever-present ‘Mother Wading In The River’ is summoned once again, as its thread seems to evoke endless possibilities. The first of them comes courtesy of  Flug, who delivers a new take on the same track he remixed before, as ancestral ritual chants wash over us, giving way to a relentless rhythm that takes over by storm with unparalleled resolve. Bolder than Flug’s ‘Broken’ remix, this new version of ‘Mother Wading In The River’ feels stoic, as Flug envisions a stern Techno piledriver with enough sensibility to remember where it came from. Meanwhile, and closing out this remix package in stunning fashion, Yagya envisions a widescreen cinematic take that creates a nurturing atmosphere, where the hope of a better tomorrow can thrive, creating expectations of growth. Warm like no other track on the LP, Yagya’s remix is a sublime vision of an idyllic place where our pain is transformed into peace, where our wounds are healed. A mother’s nature.

Standing out as one of SCI + TEC’s most human pieces from an impressive catalog, ‘Kazuya Nagaya – Dream Interpretation (The Remixes)’ presents itself as something more than a compilation of remixes, to become a standalone record on its own right. With an amazing wealth of source material at hand, the selected producers construct an absorbing reality that simply sets Kazuya Nagaya’s experiences on a different timeline.

Kazuya Nagaya – Dream Interpretation (The Remixes) is out on April 23rd via Dubfire’s SCI + TEC label. Pre-order your copy here. 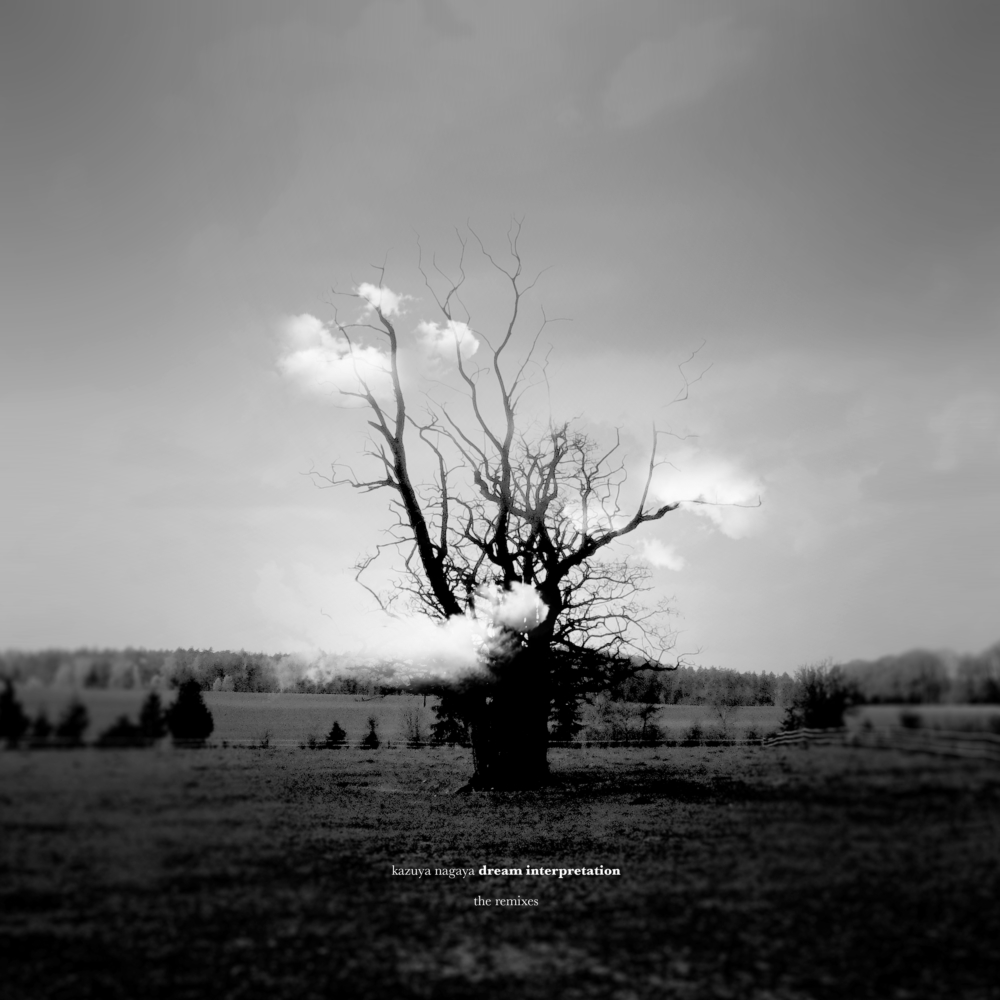 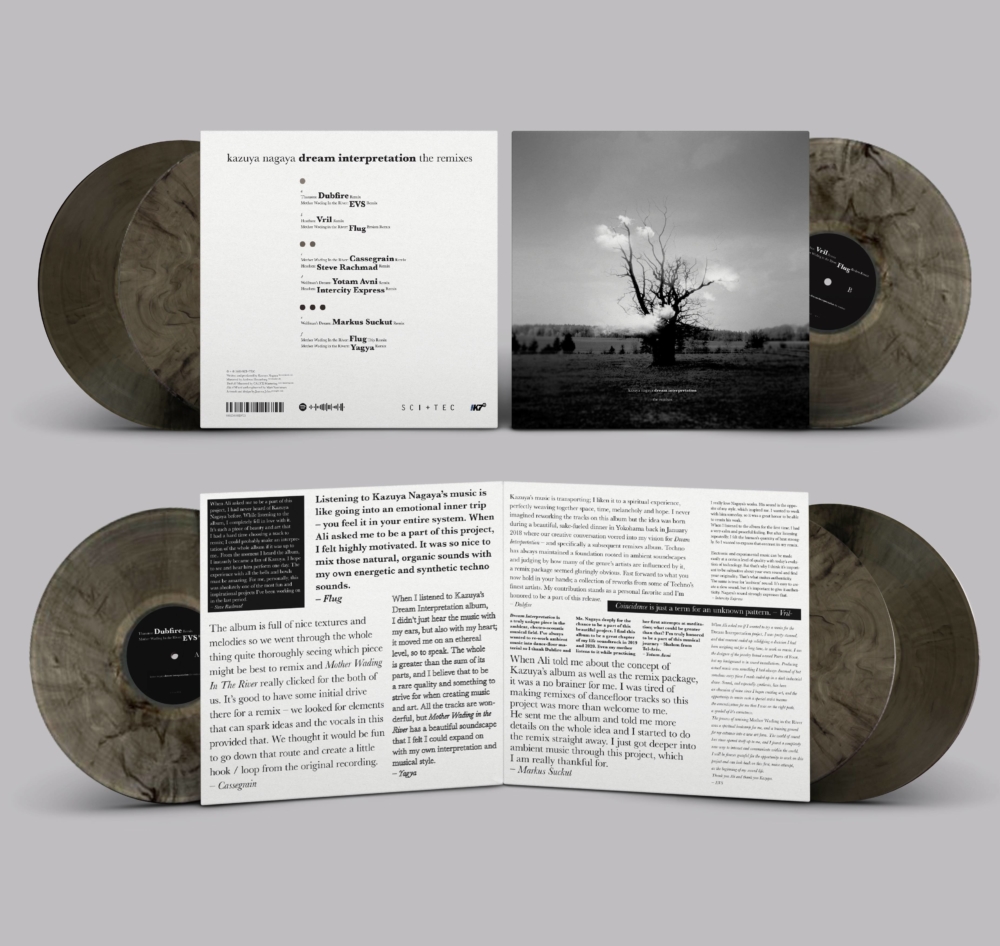