Winter Music Conference Virtual (WMCV) joined forces with The Magnetic Agency Group and VRJAM to host ‘a digital summit focused on rebuilding, rethinking and innovation.’ In alliance with other major industry partners, the event will bring together keynote speakers, panels, and stands from digital exhibitors with the aim of inspiring, educating, and reconnecting.

For two days, from May 20th to 21st, there will be live keynote conferences, panels and there will also be networking rooms, along with a group of digital exhibitor stands. After the panels, there will be a networking happy hour and a virtual after-party. The second day will be a celebration of electronic music at 5th Dimension with product demos and the official WMCV music show.

The WMCV will take place on Hopin, a renowned live digital platform that enables high-quality streaming, engaging participant interaction, networking, customizable exhibitor stands, and many of the features that participants look for at IRL events.

Learn about the schedule below and visit its site here. 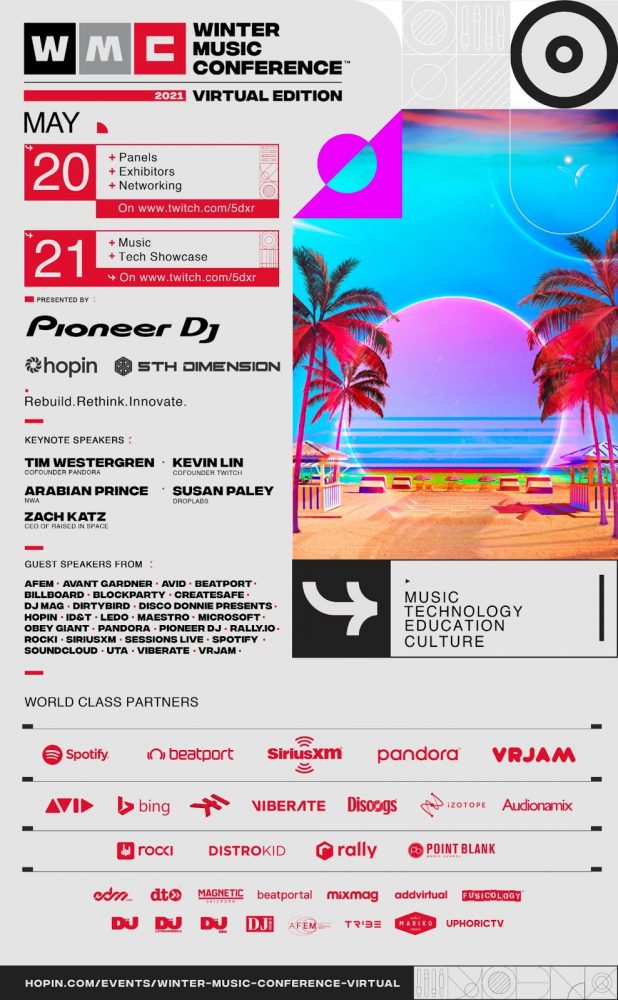 Strength in Numbers: how to use Viberate analytics to understand the music industry, with Umek (DJ / Productor) & Vasja Veber (Viberate)

Music and technology exhibition on twitch.tv/5dxr

For more information on the WMC, visit www.wintermusicconference.com.