The new LP is titled ‘The Night Land’.

Axel Boman and John Talabot join forces one more time as Talaboman with a new album to be out on R&S Records. The eight-track production was recorded at their studios in Barcelona, Gothenburg and Stockholm.’The Night Land’ to be released on March 3rd follows their first EP ‘Sideral’ on 2014.

Both artists commented “we have produced an absurd amount of music together”, complementing that “the record is a journey inwards, an attempt to reach our subconscious and to document our dreams. We want to ignite hope and push imagination. Close your eyes and open your mind”.

Watch a teaser trailer for the release below and pre-order the album here. 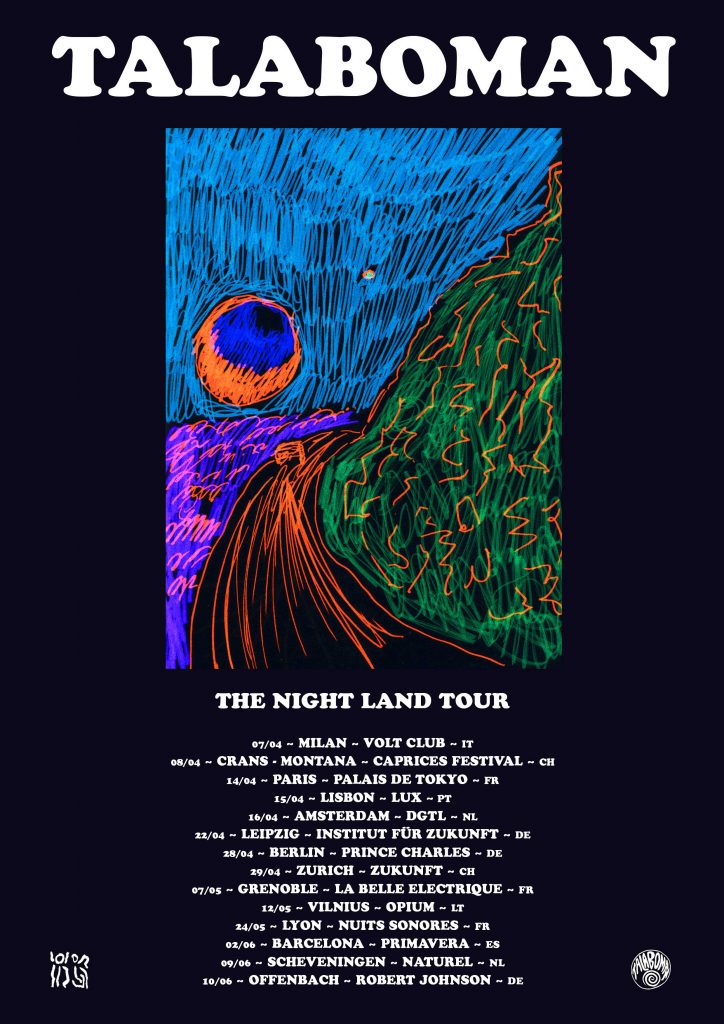