Beatport ReConnect presents ‘Together for Beirut’

The event will be hosted via Twitch.

Following the explosion in the city of Beirut and the humanitarian disaster that ensued in Lebanon from the tragedy, Beatport Reconnect presents ‘Together for Beirut’ a fundraising partnership with Nicole Moudaber, WILD Tulum, and Factory People.

Donations will go to Impact Lebanon to support essential local NGOs such as the Lebanese Red Cross, Arcenciel, and music and arts-related charities in Beirut.

To be a part of this live stream, tune in to Beatport’s Twitch channel on August 22nd starting at 6 p.m. BST and on September 13th, at 4 p.m. BST. 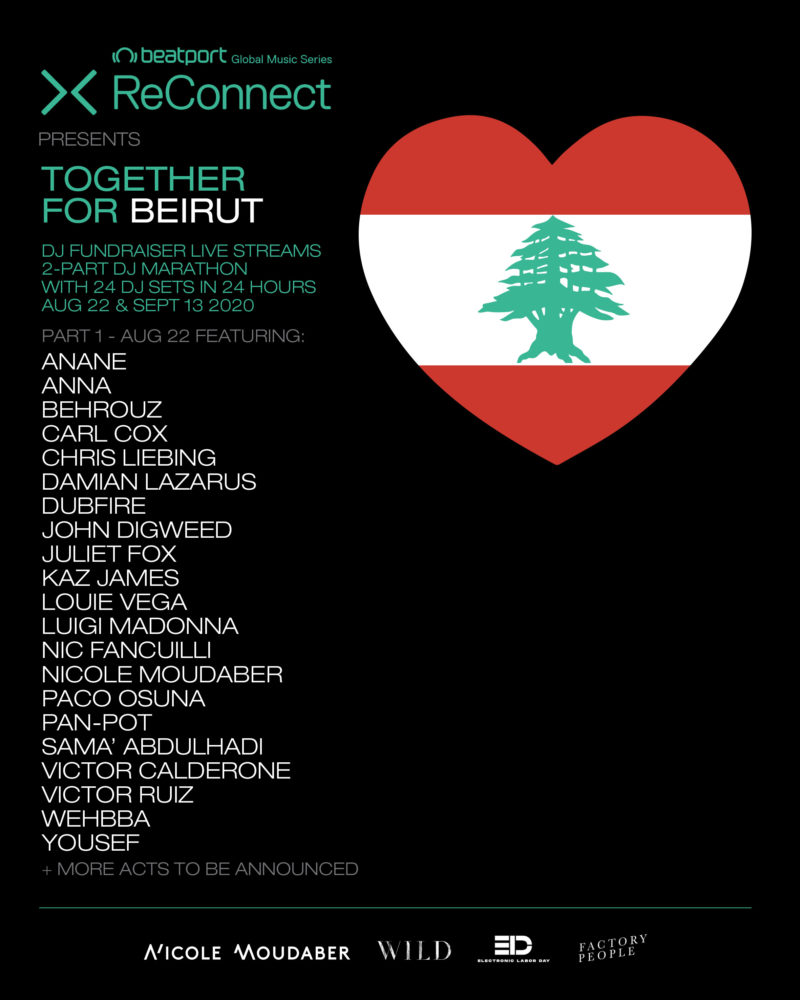