The BPM Festival: Costa Rica is set to make a much-anticipated return to its flagship spiritual home with its signature decor and cutting-edge production. The gathering will take place this Wednesday, January 25th until Sunday, January 29th, 2023 on the beaches of Tamarindo.

You can learn more about The BPM Festival: Costa Rica and purchase your tickets here. 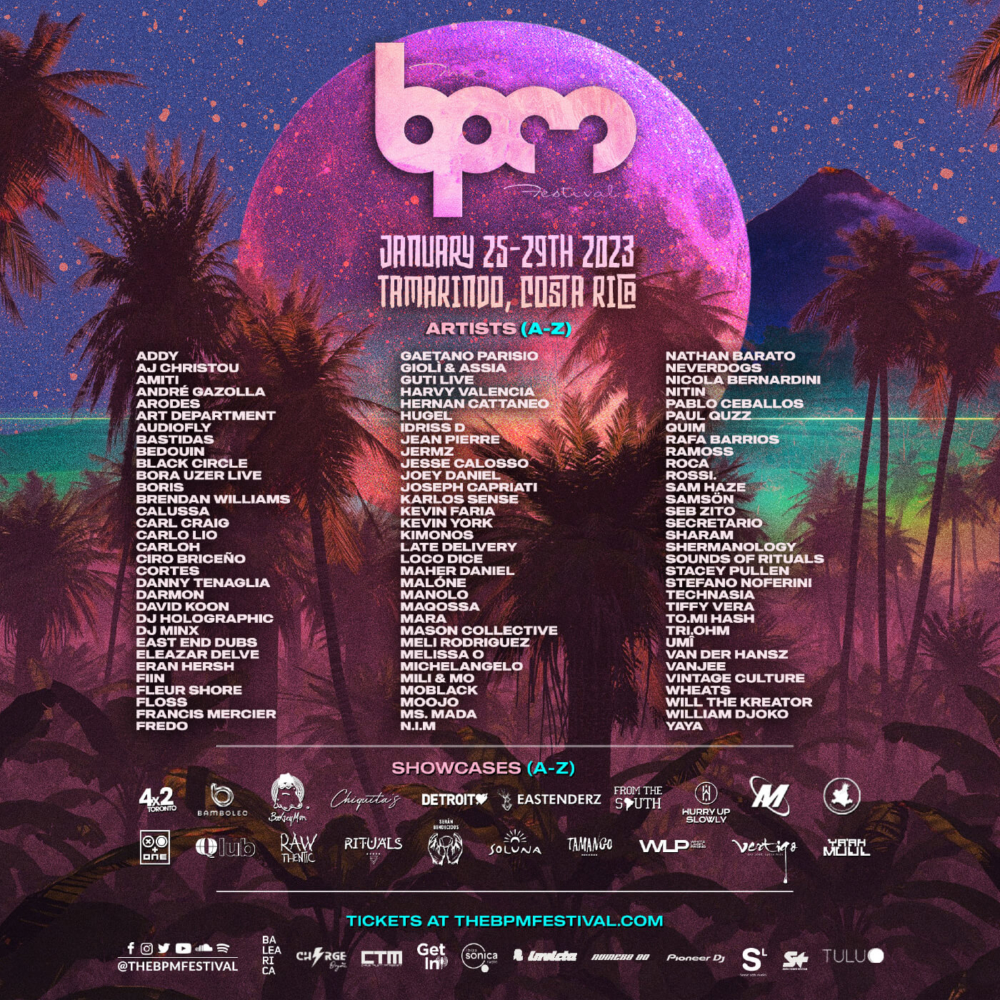