The world-renowned Coachella Valley Music and Arts Festival has just revealed its complete line-up ahead of its 2023 edition. The gathering will run across two consecutive weekends, from April 14th through 16th, and from the 21st through 23rd, at the Empire Polo Club.

For this year’s edition of the Coachella Valley Music and Arts Festival, brand organizers have confirmed musical performances by Gorillaz, TESTPILOT (Deadmau5 and Richie Hawtin), Chemical Brothers, Kaytranada, Eric Prydz, Underworld, SOFI TUKKER, Tale Of Us, Chromeo, Björk, Boris Brejcha, 2manydjs, and many more electronic acts that will share the stage alongside superstars like Bad Bunny, BLACKPINK, and Frank Ocean, amongst others.

Tickets for Coachella will go on sale on Friday, January 13th. You can learn more and purchase your tickets here. 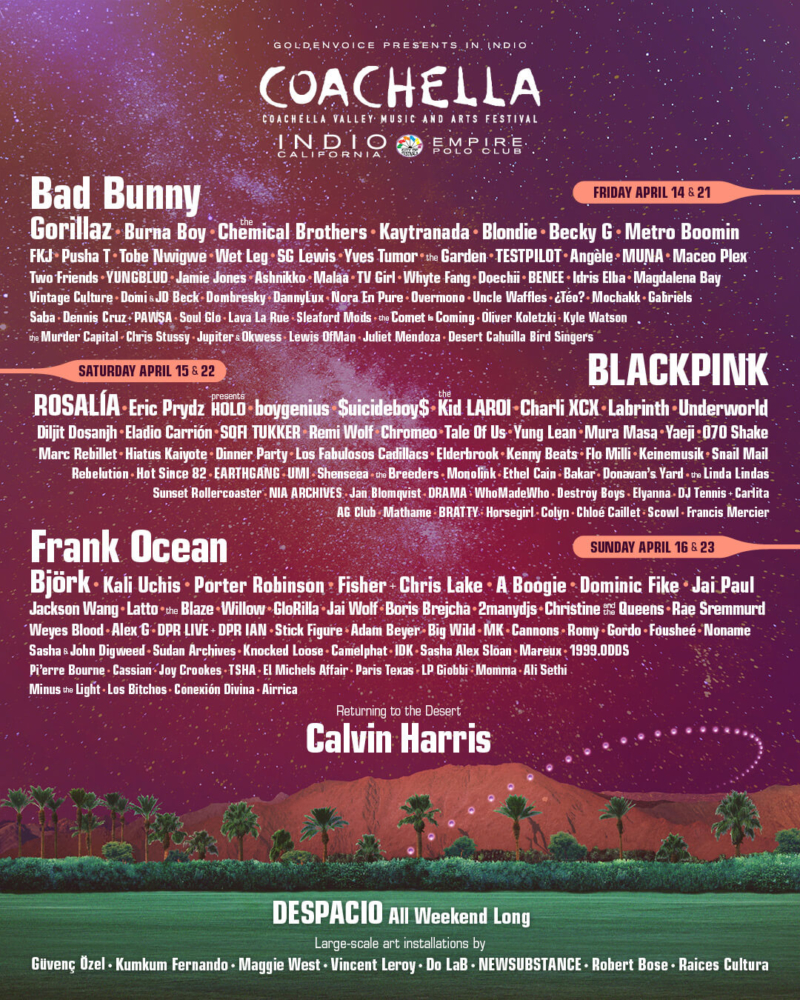