Cristoph: “I wouldn’t change a single thing of what I am experiencing now”

The inaugural edition of Knee Deep In Sound‘s “8-track” album bears Cristoph’s name and will serve to showcase his strength as a producer and unforgivingly confuse those still stuck in a world where house music and techno are separated by propped-up dividers. No stranger to the international club circuit, festival scene and record crates of his peers, Cristoph is a producer and DJ fixated on integrity, with influence equal part Windy and Motor City.

During his busy summer agenda we exchanged some thoughts with the artist.

Electronic Groove: You’re performing at one of Berlin’s most famous clubs, Watergate on August 17th. Have you played at or visited Watergate before? If so, what memories do you have of the club?

Cristoph: The only time I have ever been to Watergate was back in March to play the Knee Deep In Berlin show alongside Hot Since 82 and Matthias Meyer. We played on the top floor and I remember entering the room and being mesmerized by the lighting in the ceiling. You hear rumors about certain clubs and certain elements of these clubs. Watergate is one of these. But I always think you need to experience these places first hand to fully understand what people mean. The atmosphere was amazing all night and the views across the river are amazing. I loved every second of it and I can’t wait to be back. 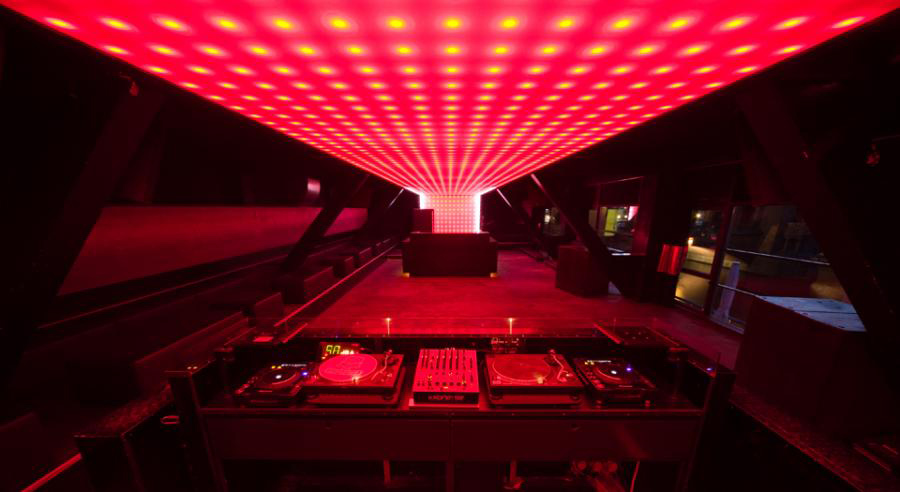 Electronic Groove: As a DJ or clubber, what have your experiences been like in Berlin?

Cristoph: I have only ever experienced Berlin nightclubs as a DJ. Every gig I have played the main thing which has struck me is the atmosphere the crowd creates. It always seems to be people from a lot of different nationalities, but no matter what they are all so receptive to all genres of music which is always great for a DJ who doesn’t really enjoy playing one specific sound. Each gig I’ve played I have always thoroughly enjoyed.

Electronic Groove: You’re from Newcastle upon Tyne in the North East of England. What is the scene like over there? Have you seen any major changes/developments over the years?

Cristoph: The underground House and Techno scene in Newcastle is ever present but it kind of fluctuates between being quite saturated to near non existent. Newcastle isn’t the biggest of cities so a lot of the trade comes from Stag & Hen parties and Students. So predominantly nightclubs will put on more commercial nights. However, there are some very strong nights doing the city proud on the underground scene. Loop and Motion are two nights which are consistently busy and their lineups are very strong. Shindig, for me, is the main night though. For the past 24 years it has been bringing the world’s greatest DJ’s to Newcastle’s best venues and it still continues to do so with no sign of letting up.

Electronic Groove: You’ve spoke in previous interviews about when you were a clubber in Newcastle Upon Tyne, what is it you miss most about being on the other side of the DJ booth? If anything?

Cristoph: I guess the main thing I miss is actually seeing my friends. We all used to go to the Shindig together every Saturday night but its very rare we ever go clubbing together. I love watching other DJ’s, so even at shows nowadays I will always get to a club early to watch whoever is playing before me or stay around to catch those playing after. That being said about missing going to events with friends, I wouldn’t change a single thing of what I am experiencing now. There is no better feeling than playing music to people and seeing them enjoy themselves listening to it.

Electronic Groove: You’ve just announced your forthcoming album on Hot Since 82’s ‘8-Track’ series. Can you tell us about what influenced you to create this album?

Cristoph: When I was first approached an offered the chance to do the 8-Track album I was instantly excited. The whole project is something I am completely in to and love the idea behind it all. I enjoy listening to DJ’s who go on more of a journey in their sets and productions rather than those who tend to sit in one specific genre, I try to structure my tracks and sets in the same way. For the album I set about creating a ‘mini-set’ which was a bit more dance floor orientated to how I would write an actual full album. I wanted to showcase a few different sides to my productions, whether it be a deeper track, a more vocal led track or a more euphoric sounding one. However, I wanted them all to fit together nicely and take the listener on a journey both individually as a track and when mixed together as a set. I also wanted to include those darker, weird synth sounds I really enjoy in records at the moment. I took influences form the likes of Sasha, John Digweed, Solomun and Eric Prydz – both their productions and sets. These are the guys I really enjoy listening to.

Electronic Groove: Would you be able to explain to us how the ‘8-Track’ album on Knee Deep In Sound came about?

Cristoph: I had quite a turbulent year last year in my personal life. My father unfortunately passed away and he was someone who I was extremely close to and basically my mentor in both my career and life itself. At the turn of the year I decided to take time away from the industry, whether this was going to be for an extended period of time or forever I was unsure. I felt like I was falling out of love with it. I had a good chat with Daley (Hot Since 82) about this as I felt like he was someone I could turn to for advice. It was then he spoke to me about this new project and I spoke to James Drummond, who is now both mine and Daley’s manager. We sat and talked about the project in depth and their ideas for it and asked if I would be interested in doing the first in the series. Instantly my desire and drive came back to me. It was such an honour to be offered this opportunity working alongside such a great team for a label and DJ I totally admire. It’s quite strange how it all panned out but I am truly grateful for the opportunity the Knee Deep In Sound crew have given me.

Electronic Groove: How is the rest of 2016 looking for Cristoph?

Cristoph: The rest of the year is looking brilliant to be honest. I have 4 shows left in Ibiza, obviously Watergate and a few more around Europe. In amongst these I play the Pete Tong tent at Creamfields, followed by the SW4 after party alongside Eric Prydz the same night. I go to play North America for the first time in places such as LA, San Francisco, Miami and Houston. I also play a few Knee Deep In Sound shows alongside Hot Since 82 which are always crazy so I’m looking forward to that. Then just before New Year I play alongside Sasha at Warung, Brazil which I can’t wait for.

Release wise I have the 8-Track album along with the singles ‘Closer’ and ‘Alone’ which appear on that. Other than that I am currently writing tracks for a few different labels but can’t quite say who yet.

Electronic Groove: Can you name three tracks the crowd at Watergate can expect to hear?

Cristoph: At this moment in time I would probably say –

Electronic Groove: What has been the biggest tune of the summer so far for you?

Cristoph: I don’t think you can look past OC & Verde – ‘Masaai’ so far. It’s a HUGE record that!