Crosstown Rebels label was founded back in 2003. 15 years after the praised output has become a synonymous of quality underground music, regularly featuring some of the most important names on the scene. On its catalog we can found artists like Art Department, Davide Squillace, Jamie Jones, Maceo Plex, Dinky, Fur Coat, Francesca Lombardo, among many others.

“It seems like only last week that I was sat on my living room floor with hand written words on scraps of paper trying to figure what to name my record label. However, it was 15 years ago, and since that day back in 2003 we have released over 200 singles and almost 40 albums on Crosstown Rebels. That’s well over a thousand amazing tracks that I am proud to have been able to release to the world. The traditional gift for a 15 year anniversary is crystals, which are a great source for me to look into and dream up the future”, Damian Lazarus stated.

For the occasion the label’s head honcho has prepared a 15-hour Rinse FM takeover with various special sessions and interviews, including an 80’s Soul mix, 2-hours of Crosstown Magic, Wizardry, The Sound of Rebellion and others.

Listen to them below. 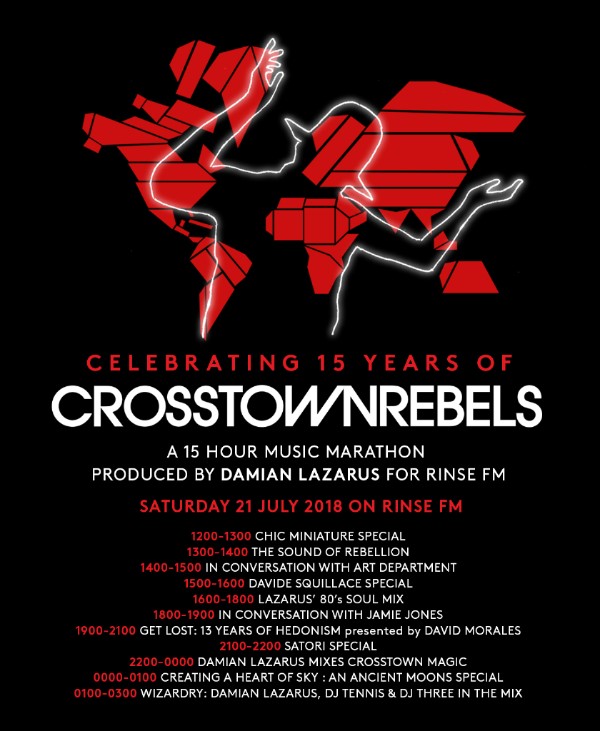