After their successful Spring event.

CRSSD Festival’s organizers are preparing its Fall 2018 edition. Now they have revealed the first group of artists that will be performing on September 29th and 30th at San Diego, California.

The festival will be a two-day music gathering with numerous house and techno performances, to be taking place at the Waterfront Park located in Downtown San Diego. 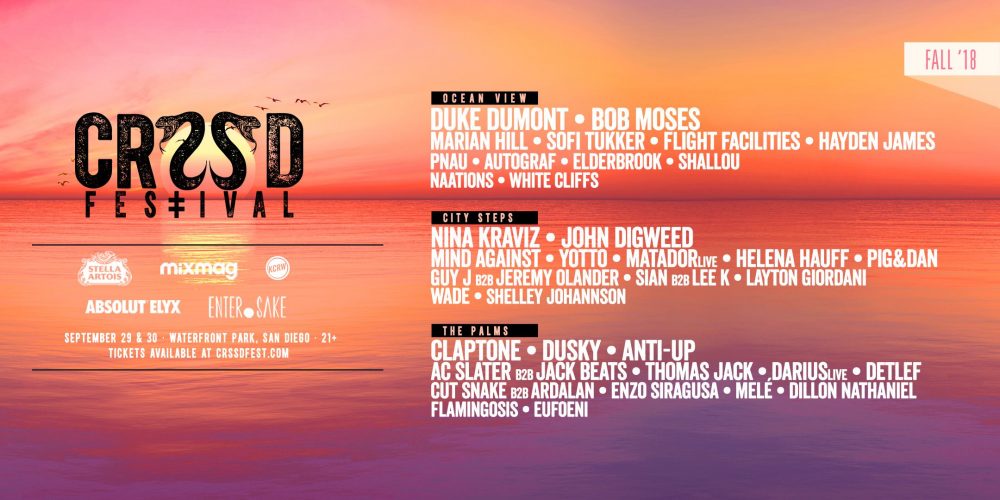