Sangiuliano’s NINETOZERO will have a lifespan of just three years, with the promise that the countdown of releases will stand as ‘some of Enrico’s most progressive and freeing compositions to date’.

‘Welcome to NINETOZERO, my new temporary sound dimension focused on the present and with an end to come. As with everything in the universe, the only constant is change. I’ll go through this evolutionary path for 3 years, from the beginning to the end – from 9 to 0. Let’s embrace it and grab it while it exists! Nothing lasts forever. With passion and love, Enrico’ says the producer about his new endeavor.

NINETOZERO will present 10 chapters, each extending their impact with translations into varying creative outputs, with the first body of work set for release in June. 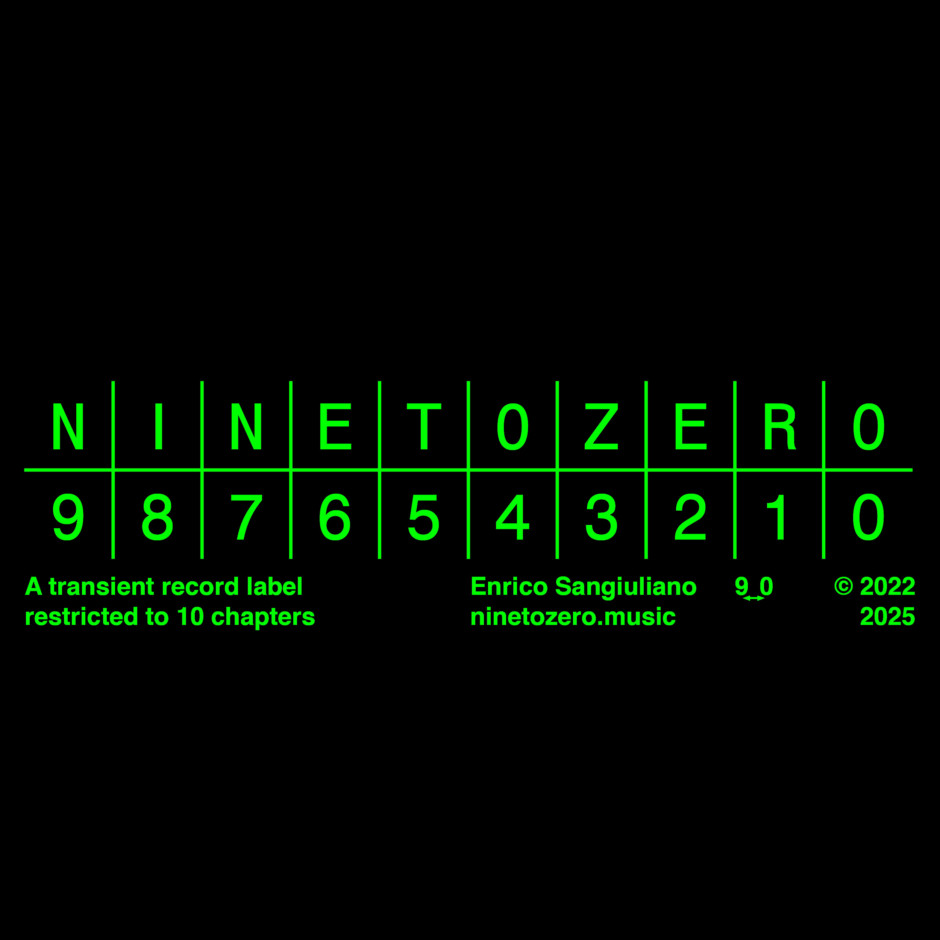