“Recording synthesizers inside the Great Pyramid in Egypt, traveling to Tokyo to create a track with a virtual singer, composing a theme during a psychotropic trip in the desert of Joshua Tree, playing drums inside the volcanic caves of Lanzarote Island or collaborating with a Maasai tribe on a jam techno session – these are just some of the creative challenges I intend to carry out in order to shape an album that promises to be a truly innovative addition to the electronic music scene.” ~ Henry Saiz

No stranger to creative ingenuity and breaking normative boundaries in the music industry Spanish DJ, producer and live artist, Henry Saiz, is currently working on an audiovisual project to be released in 2017, that is set to change the face of electronic music and how listeners currently experience it. 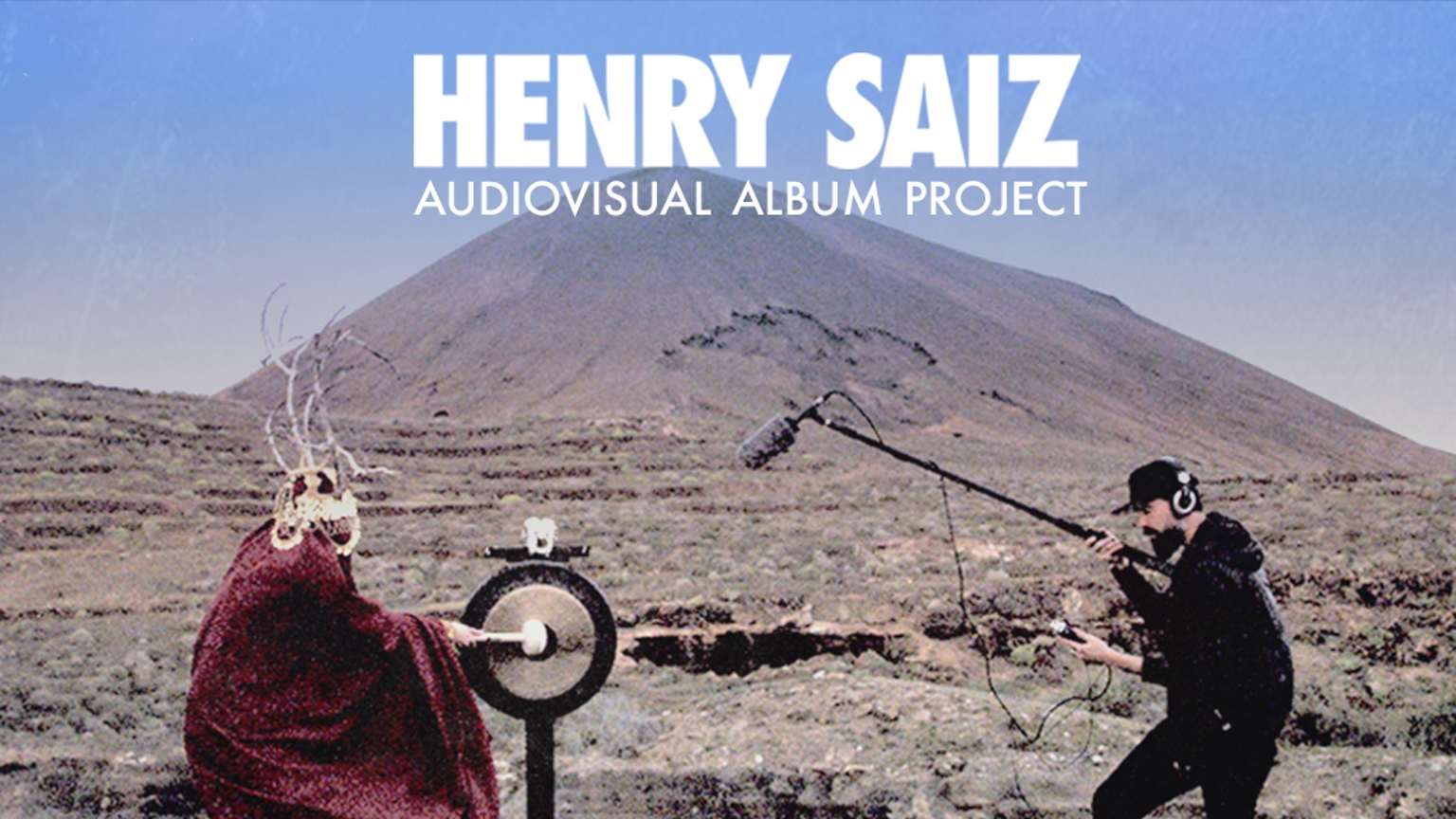 Embarking on this cutting-edge visionary mission, Henry and his closest friends and band members, Eloy and Luis, aim to record and produce 10 tracks in 10 of the most revered and admired locations in the world. As eloquently described by Henry places will include Tokyo, the Canary Islands and the infamous desert of the Joshua Tree in California. His brother Alberto will join in the collaboration, combining his film expertise to create captivating videos, and eye-popping time lapsed aerial photos, that will properly convey the full scope of the project’s aim to engage listeners in a multi-dimensional experience of sight and sound.

Recognizing the immensity of the project, Henry has reached out to his fans and the worldwide music community through the Kickstarter campaign, asking for support in exchange for a plethora of incentives ranging from a limited signed vinyl edition of the new album to a private one hour video chat with Henry. To date, he has managed to surpass his goal of 63,000 Euros to cover the necessary costs of the project, which is a true testament of his determined dedication to turning his dream into a reality.

Truly a collaborative mission, the initial intention was to compile a collection of virtual sounds passed onto Henry from his fans over the past three years with the aim to turn them into songs with visual components that resonate with the listener. His desire to pose as a passionate “medium” between the location and the listener is yet another amazingly prolific example of Henry’s sheer appreciation for the importance of fostering worldwide collegial relationships with all who wish to support his goals and aspirations. He authentically understands that summoning a global community of contributors and team players, will serve as essential conduits to propel his innovative, and ground breaking feat into motion, and inevitably serve to further sustain its credibility and relevance in music history.

The international music community eagerly awaits the unveiling of yet another prodigious artistic composition from Henry Saiz and his talented entourage!