Hernán Cattáneo re-writes his past with ‘Future Memories’

It’s rather difficult to push the boundaries these days. The frontiers have been blurred over time, and recognizing the future when we are standing at its gates is not always as simple as one would imagine. But, even so, there are some very special moments, caught forever in time, in which the view in our sight offers a communal journey into the stargate. This is what Hernán Cattáneo and his ‘Future Memories’ showcase at the Gran Rex theatre offered. A glimpse into the future, one fragmented by the past, only to re-write itself as new history.

Throughout four mesmerizing acts, the Argentine maestro took center stage and made it his own, accompanied by the limitless stalwarts Baunder and Oliverio Sofia of Soundexile, a rare trifecta that has been responsible for the production of over 100 tracks, heavily shaping the sound that we now know as progressive house. In what is a first for Cattáneo (56), the renowned selector took on a different figure for the evening, standing tall, covered by a long, Matrix-style trenchcoat. There were no CDJs this time. A Roland TR8 live performance rhythm machine and computer taking their place, as Hernán stepped out of his habitual comfort zone, knowing it is the only way to step into the future, once again. A leap of faith, sustained by a remarkable history as a legendary tastemaker, having blazed through the halcyon days of progressive house and rave music.

Not so long ago, in electronic dance music, ‘progressive’ was more than just a genre determined by a particular sound palette and chord progressions set within a bpm range oscillating through the 120 mark. It was a boundless adventure that captivated the imagination by driving it into the future. It bestowed upon the listener the ability to travel without moving, plunging the mind (and soul) into uncharted plains. The sound of tomorrow. Unfortunately, most of progressive house these days hasn’t been too keen on discovering what lies beyond. But that is exactly what made this particular show so special. 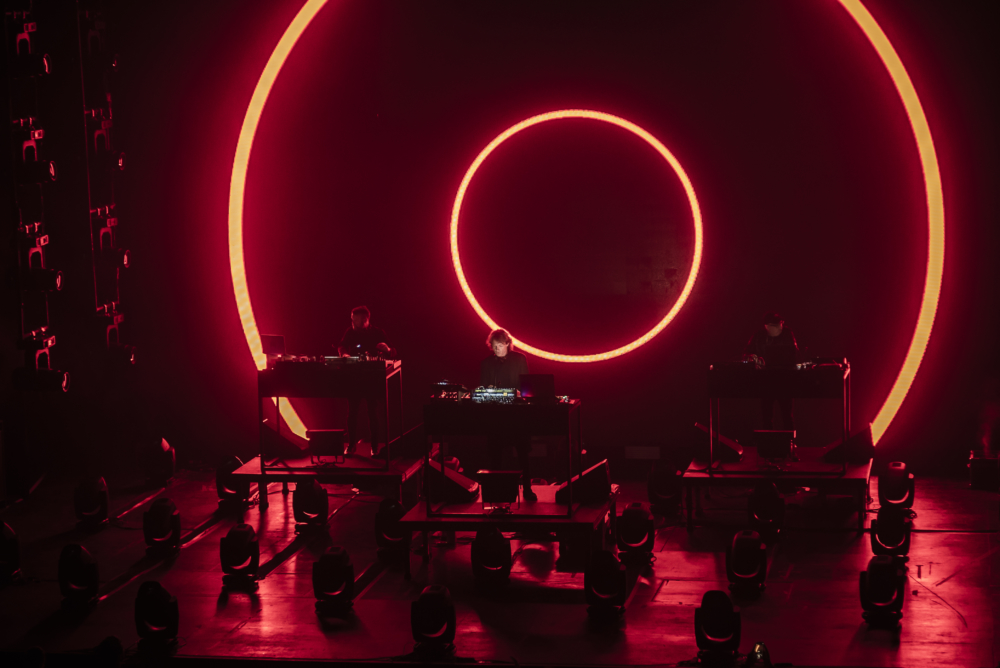 Opening the first act with the ever-beautiful ‘Glide’ (one of his ‘SunsetStrip’ highlights), ‘The Maestro’ set controls for the heart of the sun, with Soundexile commandeering analog synthesizers that swirled, sequenced, and wailed in the most captivating of shapes. By the third track, we were already miles away from home. Navigating at a speed and high octane energy that were reminiscent of his sets back when the global superstar was a blossoming force and the music made by producers still had the rave days coursing through them, Cattáneo and his colleagues created unique visions (including renditions of ‘Flare’ and ‘Polymath’), bringing shards of the past into the future, and thus, the future into the past.

Divided by reflections and thoughts, each act incorporated new elements, wandering deep into the rabbit hole. For the second act, Hernán invited Mariano Mellino to the stage, who drove fan-favorite ‘Lotus’ forward with an electric performance behind the hang drum, opening a portal to the eastern lands behind the sands. As the night progressed with tracks like ‘Into The Edge’, a surgical extract from an interview with Dr. Robert Lustig explaining the differences between happiness and pleasure echoed through the concert chamber of the Gran Rex sent us deep inside ourselves. On an introspective journey.

But before the depth becomes darkness, we are pulled back up to the surface, just when the mind starts to sink. A beautiful siren, calling, stretching her hand, thrusting us into the light. It is the warm embrace embodied by the voice of the dazzling Paula OS. Now with Emiliano Folgar (one half of Interaxxis) behind an electronic drum kit, the collective springs into future, break-inspired visions as they tread through songs like ‘Riverflow’ and ‘Blacklight’. 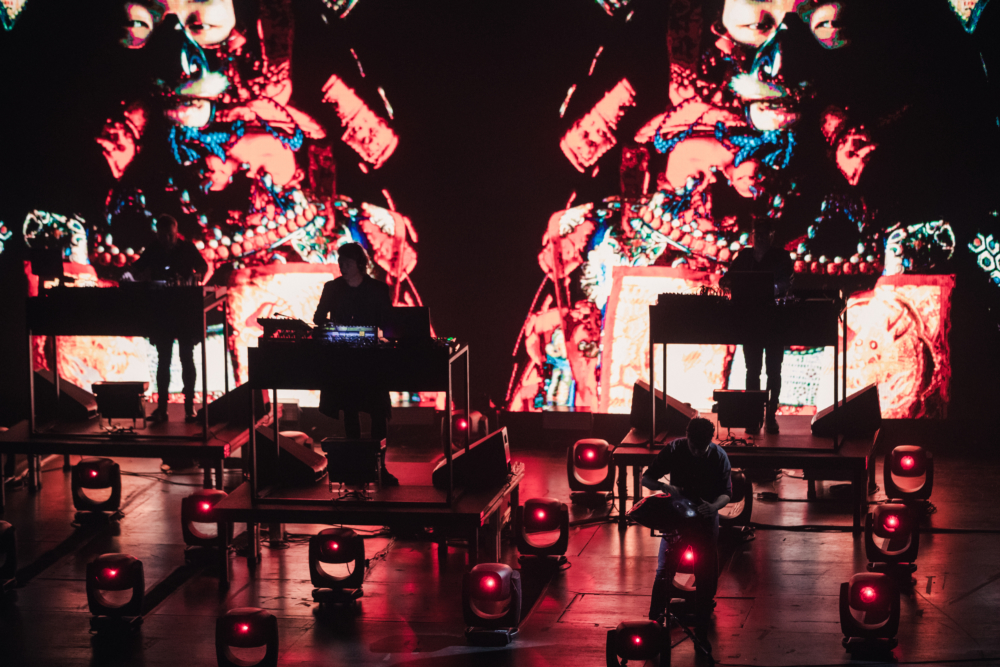 Soon, the red curtains of the Gran Rex come calling for the first time, while a gorgeous display of lights illuminates the chamber. Thousands of light particles sway in sync throughout the room before the main trio comes back for a highly anticipated encore. With palpable energy they unleash the mighty ‘Astron’, known for wreaking havoc across the most decorated dancefloors in the world, followed by the enchanting exuberance of ‘Altair’, a true progressive gem. And, since every story needs a proper ending, it is only fitting that Cattáneo and Soundexile chose to close ‘Future Memories’ with the aptly titled ‘Wind Down’, a bubbly, delicious cable to Earth that would take us all back home.

‘Future Memories’ stands as something more than a collection of songs we find while rummaging through Cattáneo’s back catalog. These are not the recollections of a bright career laden in nostalgia, but something much more precious. These are visions of a future past. They are endless possibilities that shine a light into the place where what was and what could have been come together as one. A place caught in time, where notions of past, present, and future become irrelevant. A career-defining moment that will hopefully inspire more of us to seek beyond what the eyes see and shape our tomorrow.