alexander:louis: “I’d love to see “micro festivals” similar to what WMC was like”

alexander:louis is an event producer, DJ/ producer, and community builder based between NYC and Denver. He has been immersed in music and science throughout his life – always trying to weave melodies to create an eclectic, yet consistent sound that drives you to dance. With his releases on Deeperfect, Nervous Records, Whotstro, Witty Tunes, and Maya Records; and support from industry leaders such as Jamie Jones, Stacey Pullen, Carlo Lio, Prok and Fitch, and more, there has been a lot of buzz around him.

EG caught up with alexander:louis to celebrate his new EG.897 mix, learn more about his recent move, future endeavors, and much more.

EG: Hi Alexander! Welcome to EG. It’s a pleasure to have you here with us. Where are you based right now? How have you been?

alexander:louis: Thanks a lot guys – really glad to be back after a few years. I actually just moved out to Denver a few months ago from NYC – it’s def been a little transition, but having the mountains and some space has been a great change of pace and also sparked new motivation on the creative side.

EG: So, have you fully settled post-pandemic? Would you say everything is back on track or are you dealing with some sequels?

alexander:louis: I’d say it’s really started to feel like I’m back in rhythm since February. Thankfully, my family and friends are healthy and everyone seems to be progressing and in a good rhythm, so I’m thankful for that. Of course, there are a lot of crazy unfortunate things that are happening all around the world, but to be optimistic, I’ve really allowed myself to reset coming out of the Winter which has presented me with some exciting opportunities.

EG: Which show would you say has been your favorite one of this year so far? Why?

alexander:louis: I’ve been playing a lot at a newer club in Denver called Beacon, which has become a little bit of a home for me. The venue is really special from the effort they put into the aesthetics, to the overall experience. Also, the crowd gets there early and dances to the end, which is obviously an amazing experience for a DJ.

EG: Your latest official release was ’Pathways’, on Whoyostro, just a few months back, which we really enjoyed. Any chance of getting some details about your next drop?

alexander:louis: Ha! – thx for the kind words. I was also happy with that release, and Whoyostro is an amazing label so was really excited about that track on their VA. I do have a few special things in the works – one specific track I’m pretty excited about with vocals from a Grammy nominee… Unfortunately, I can’t share much more right now, but keep an eye out.

“I definitely don’t think inspiration is overrated, For me, it’s an incredible source of motivation and creativity, but I think it’s more about being able to perceive inspiration”

alexander:louis: Oof, that’s a tough one. I definitely don’t think inspiration is overrated, For me, it’s an incredible source of motivation and creativity, but I think it’s more about being able to perceive inspiration. For me, it doesn’t come from one specific place, so I try to focus on allowing any type of “inspiration” to come my way which creates new motivation. I love all kinds of music, and different inspo’s/motivations allow me to experiment with a variety of sounds and learn new techniques.

EG: How would you describe your music? Do you seek to tell stories through each piece?

alexander:louis: I love storytelling when it comes to a set. From a production standpoint, my approach is more of a feeling in a piece which then creates a bigger story. And depending on the type of feeling I’m hoping to accomplish, that’s kinda what drives the sound or the placements. For me specifically, I’d generally say you could label my music as bass-driven minimal house music that always has a groove. Some more technical names may be deep-tech, or minimal house with some components of lighter techno. My friends call me “chuggers” though since a lot of the music I play out chugs a bit, haha! 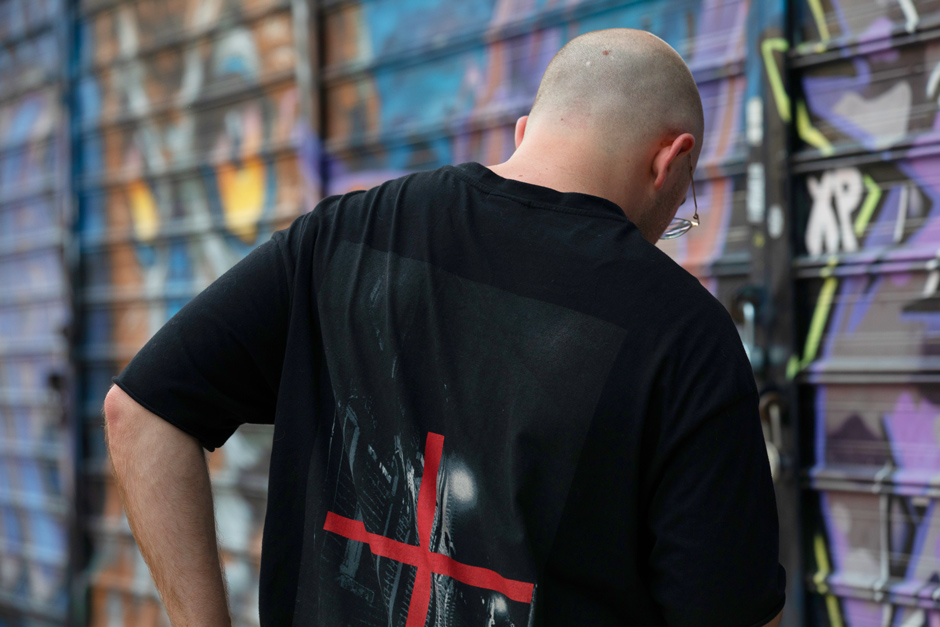 EG: What was the last piece of music you heard before this interview that wasn’t composed by you? Would you recommend it? What are some of your favorite electronic music artists at the moment?

alexander:louis: Actually, the last piece of music I listened to before this was Ludovico Einaudi, who is a great composer and definitely recommend checking him out. He’s an Italian classical composer but definitely brings in some new-age fusion to it. But, I was most recently listening to Kölsch actually. He’s obviously a legend and someone that has really driven our industry and music for years.

EG: The pandemic gave us all a chance to slow down and reassess. In the electronic music scene, it even gave us time for some much-needed discussions. What would you like to see more and less of?

alexander:louis: In regards to the electronic music scene specifically?… hmm, obviously the continued efforts to provide more financial stability to many artists and event producers. I think for me personally, I’d love to see “micro festivals” similar to what WMC was like. It provided such an eclectic experience and created more opportunities for vibing and connecting and hearing a lot of heart within the music versus some of these larger events, which don’t get me wrong are incredible productions and music, but can be a bit overwhelming as well.

“I love storytelling when it comes to a set. From a production standpoint, my approach is more of a feeling in a piece which then creates a bigger story”

EG: What’s next for alexander:louis? What particular milestones are you looking forwards to now?

alexander:louis: I have a few tracks that I’m finalizing now which I’m rather excited about, now just have to find some homes for them. My gig schedule is also starting to pick up, which has been really nice playing for crowds again.

EG: Thank you so much for your time, Alexander! We wish you all the best for the future.