Andrey Sirotkin is an electronic music producer and DJ from Kyiv, Ukraine. He started his music journey as a producer in 2007 with his drum and bass alias I Wannabe, where he discovered the different subgenres. In 2012 he started his alias Shade Of Drums for techno music and released solo 4 releases. In 2018 Andrey felt that he wants to expand his music exploration and started to produce music under his real name. Now, following a string of captivating releases that include tracks such as ‘Her Soul Sparkles’, ‘Be Here Now’, or ‘Honest With Yourself’, the Ukrainian producer has set off on a journey to the top.

EG caught up with Andrey Sirotkin to learn more about his current situation following the Russian invasion of Ukraine, the release of his ‘My Shelter / Nothing Is Safe’ EP, future plans, and much more.

Electronic Groove: Hi Andrey! Welcome to EG! How’s your year been so far?

Andrey Sirotkin: Hi! Thank you. Ever since Russia invaded Ukraine it’s been hard to keep my head above the water, but I’m as good as I can be in this situation.

Electronic Groove: Sorry to hear about this. A terrible situation that’s for sure. How do you keep up producing music while all this is going on?

Andrey Sirotkin: Producing music and rare local events where I take part is the only thing that keeps moving me forward. The rest is pretty demoralizing.

Electronic Groove: What do you think artists should do about political issues? Should they just keep focused on producing and staying creative or should they be vocal about what’s going on?

Andrey Sirotkin: First of all – artists are people, and they have their own issues and reaction to what’s happening. So to produce or to pause is their own choice and will. There are many ways in which we can spread information about the terrible things that Russian soldiers do in Ukraine and to Ukrainian civilians and children. Another thing that artists can do is charity/fundraising gigs and raise money by themselves. Of course, donating money to the Ukrainian arm forces is another way. So there’s room for all of those tools that artists can use. Everyone should participate in the way that works for them.

Electronic Groove: How did you get involved with dance music? And into music production?

Andrey Sirotkin: I have been listening to music since I was a little kid. During my school years, I bought a computer and started to edit music and then use music production software (more like games of course) to make my own music collages. By the end of my school years, I had a couple of tracks produced, but of course, they weren’t good enough to be released… In 2004 I took classes at the ‘Back 2 School’ DJ academy in Kyiv and ever since, I have been fully immersed in dance music.

“Even though we’re not in the areas where the combats are at this moment, still we’re day-to-day in this informational field from the news of civilian people or children being injured or killed”

Electronic Groove: Your latest release was ‘My Shelter / Nothing Is Safe’ EP. What can you tell us about this one in terms of production, equipment, and inspiration?

Andrey Sirotkin: This EP was produced while I hid with my family in a bomb vault in Lviv back in March/April. Both tracks are produced with a low-performance laptop and a pair of AirPods. That was the way to break through the feelings I had at that time.

Electronic Groove: Do you have any other releases for the rest of the summer season?

Andrey Sirotkin: Yep. These are: ‘Honest With Yourself / Love Is Forever’ EP with leftfield house and breakbeat. And, ‘Enter Reality 2.0’ EP with some deep techno, deep house, and a remix of a traditional Ukrainian lullaby produced by Zymosis. Almost all the productions I make with my synth from my studio, which I miss so much as I have left Kyiv. There’s also the release of my ‘Dusk’ EP on Default Position this September 12th. Four tracks of deep techno/electronic music. All proceeds from this EP will be donated to Red Cross Ukraine. Pre-order is now available.  All of these releases are my sublimation of the Russian-Ukrainian war and all that grief that Russians have caused. 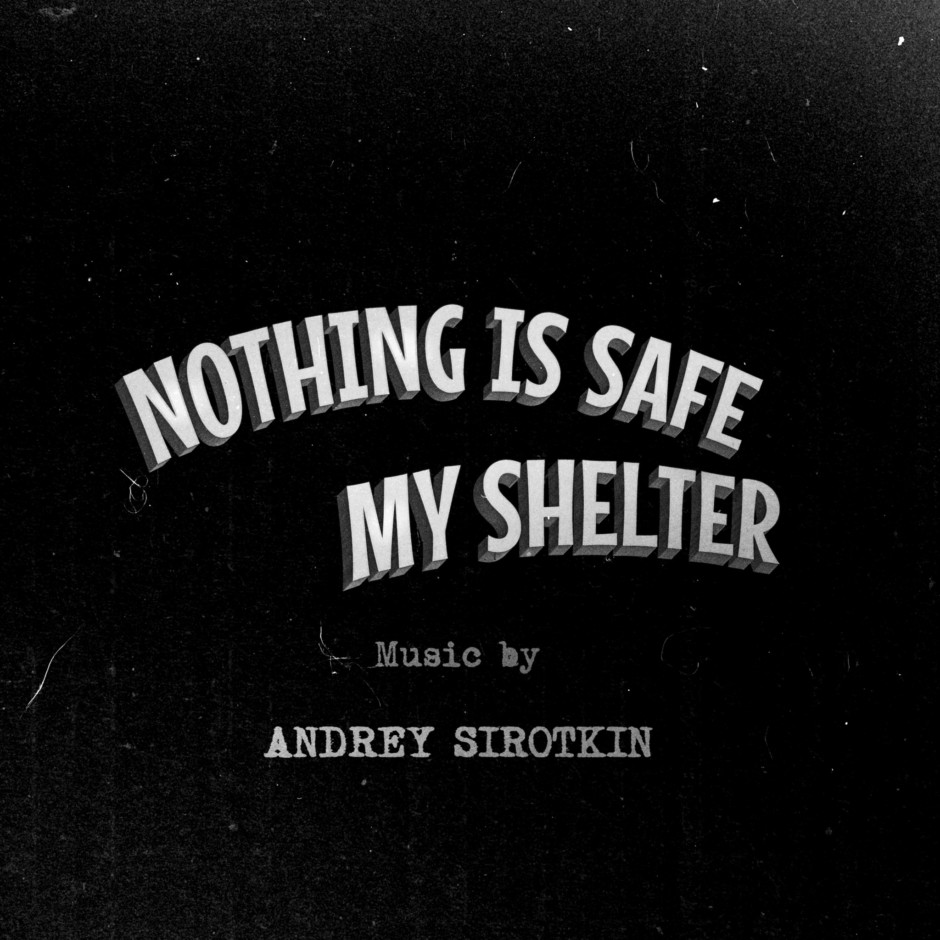 Electronic Groove: How is the situation right now in your hometown? Are there any events going on? What’s day-to-day life like now?

Andrey Sirotkin: Air raid sirens have become a regular part of the daily routine. Some people stop to hide, and others, even while it’s on, continue to do whatever they were doing. Even though we’re not in the areas where the combats are at this moment, still we’re day-to-day in this informational field from the news of civilian people or children being injured or killed. And we all get news from our people who serve the country, or the news about them if they are injured or killed. So even being far from the hottest areas in conditionally safe places, we’re still affected by war and will be affected long-long time after it ends. The only events that take place now in Kyiv are the daily ones cause night is closed time by the government. All events gather money for the Ukrainian army (100% or some part from income). Mostly these are non-dance events, but slowly they’re getting back to the public.

Electronic Groove: Do you have any gigs planned for the coming months?

Andrey Sirotkin: In Ukraine, these are mostly spontaneous for me. Like, “can you play at our fundraising event please?”. And I’m ready to go and to do my best. Nothing is clear and can change very fast. On the other hand, I started 2 monthly radio shows at Gasoline Radio. ‘Against The Grain’ is for deep and non-mainstream electronic music, from deep techno and leftfield house/techno to ambient and downtempo. ‘Deviant Drums’ is a show about non-mainstream drum and bass and the diversity of its subgenres.

“I’m falling into the black hole of modular synthesizers. That stuff really inspires me and drives my production the most. Of course, I produce some tracks 100% in the box by using samples only, but I always try something new for the next track, whether it’s a new synth, module, field recording, or a combination”

Electronic Groove: Moving into a more personal angle of your craft. How would you describe your sound by now? How was it evolved since you first started producing? What would you say are your main strengths and what would you like to improve?

Andrey Sirotkin: I came from drum and bass music and from 2004 made my way through dubstep to techno in 2013. After that, my sound evolved to the latest alias, (my real name) Andrey Sirotkin, which I use for all the music I make. Now the main focus of my music is deep techno and leftfield house and techno. Of course, some deviations will be included in future EPs. I’m falling into the black hole of modular synthesizers. That stuff really inspires me and drives my production the most. Of course, I produce some tracks 100% in the box by using samples only, but I always try something new for the next track, whether it’s a new synth, module, field recording, or a combination. My inspiration is to find something new for me, not to copy others’ sounds. And it’s the biggest problem, as most times I see it’s not fitting the classification by listeners and playlist curators :)

Electronic Groove: What are your favorite 3 producers and why?

Andrey Sirotkin: Robert Babicz / Rob Acid – a great artist with perfect taste and super skilled technically producer. Robert plays only his music and for me, he’s a true artist and a real human being! He inspires me a lot! The second would be Trevino – a techno project from Marcus Intalex (drum and bass producer). His music is not just some dry-sounding techno, but it’s breathing and constantly changing complex sound with non-cliché patterns and ideas. The third one is Paul Mac – another great producer whose music I deeply love. His musical ideas are awesome and his sound is so great that I love 9 of 10 of his tracks. Again, it’s not a dry cliche sound but moving against the grain.

Electronic Groove: Thank you for your time, Andrey! We wish you all the best for the future!

Andrey Sirotkin’s new ‘Dusk’ EP will be out on Default Position. Purchase your copy here.