Audio State: “The final result is what matters in the end”

Audio State (RO) is one of the new DJs and producers out there that is seeking to push further the boundaries of techno music. His sound is characterized by atmospheric and rolling techno beats, pounding drums, big basslines, gliding synths, and shimmering chords. Already playing at various parties across Romania and closing the first day at Untold Festival in 2016, Audio State conveys a new side of techno music.

More recently, Audio State was crowned as Strobovision’s Producer Challenge 3.0 Winner, and is currently pushing his latest release, the ‘Strobovision’ EP, which is now available via Pig & Dan’s Elevate label.

Today we get a chance to talk with him about his upbringing, how he first got into electronic music, his views on music production, and more.

Electronic Groove: Hi Adrian, it’s a pleasure to have you down for a chat with us. How have you been? Where are you based right now? What’s the situation looking like over there?

Audio State: Hello Electronic Groove. First of all, thank you very much for having me. Right now I am living in Cluj-Napoca, Romania, which is the second-largest city in Romania. To be honest, things are starting to move a bit, meaning that the government is relaxing the COVID-19 measures that have been imposed since last year and is allowing parties to be organized with up to 200 participants. So I would say that the future is bright and I can’t wait to be back on the dancefloor!

Electronic Groove: So, let’s dive into the beginning….how did you get started in electronic music? Was there an album or song that changed everything for you?

Audio State: Well, my first contact with electronic music came around 2006-2007 when I was in high school and one of my cousins which was a DJ and producer at that time, introduced me to this amazing world of electronic dance music. Back then, in the city where I was living, there were a lot of parties with tribal percussive techno music, but also progressive house and house. One track that changed everything for me was ‘Oxia- Whole Life’ released via 8bit. I fell in love with tech house, then and the passion for techno music came later, circa 2012 – 2013, when I first went to a party where Adam Beyer was playing.

Electronic Groove: Did you have any previous musical knowledge before you opened your first DAW? Do you remember the first time you had to go through the motions of a dancefloor-oriented track?

Audio State: Yes, I kinda had some musical knowledge, not much, before opening my first DAW because I used to play in a band for a few years, my instrument of choice being the piano/keyboard. I learned the basics of music production from the same cousin back then in FL Studio, but as I remember, I did not have a hard time learning the motion of a dance-oriented track because I have always been passionate about rhythmic/percussive music. Another way of saying it would be that I was already having the rhythm in my blood (laughter).

Electronic Groove: How long did it take you to discover ‘your sound’? How long before you said ‘Ok, This is it’?

Audio State: I would say that I don’t have my sound yet, because in my opinion that takes some years to develop. When I started producing music I was making tech house because of the grooves, but at the same time, I’ve always loved the melodies (from trance music especially), and the raw stuff that we are seeing today in the techno scene. So I think that the Audio State sound is still in development, but it will be somewhere between techno and trance.

” I would say that the future is bright and I can’t wait
to be back on the dancefloor!“

Electronic Groove: Speaking about your productions, you’ve just released your ‘Strobovision’ EP on Pig & Dan’s Elevate label. What’s this one all about? Was it harder to create something under the current global conditions?

Audio State: Yes, the ‘Strobovision’ EP is already out in all major stores and you can’t imagine how happy I am to sign on Elevate, which is the label of one of my favorite techno duos, Pig & Dan. This EP represents exactly the lockdown period as it was made during that time and you can clearly hear that its sound is very dark, trippy, filled with uncertainty and doubt, so to speak. At the beginning of the lockdown stage, it was really hard to create anything, because the inspiration was gone. I take it from experiences, playing music to people, going out, and so on. After sitting down in my studio for a few months and struggling a bit, I managed to make some tracks and three of them were signed by Pig & Dan.

Electronic Groove: What’s the process for you like in the studio? Do you tend to go for the groove first? Is it the melody? Do you have a blueprint of sorts?

Audio State: I always start with the groove, meaning kick and bassline because this is how I am used to working and the low-end is the foundation of any good electronic dance music track. Lately, I am trying to experiment by starting the track with the break or with the main melody so let’s see where that takes me. No, I don’t have a blueprint, I think that every producer has its way and I could not say that one way is better than another. The final result is what matters in the end. 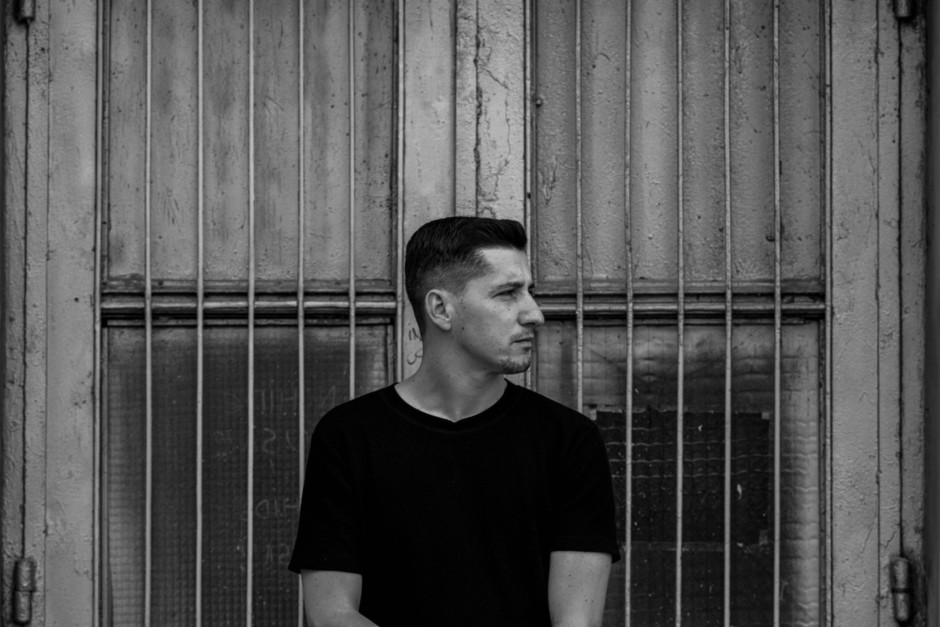 Electronic Groove: And was this your first time interacting with Pig & Dan? What’s the relationship there?

Audio State: Yes, this is my first time interacting with the boys, and I hope one of many others to come. I have to say that it is a real pleasure to be in contact with them, they are such genuine, great people and very dedicated to what they do.

Electronic Groove: The pandemic has sort of given the scene some time to cool down, and with it, it also gave us time to address a lot of social issues that have been bubbling up for years now. How do you feel about this? Do you think the scene is in need of some serious change?

Audio State: The music industry, like other industries, has its problems and we could sit here for hours talking about them and still find something new. I would say that one thing that could be changed, is the way festivals and promoters are approaching the upcoming DJs and producers. I think there is so much talent out there, it just needs the right push.

“This EP represents exactly the lockdown period as it was made during that time and you can clearly hear that its sound is very dark, trippy, filled with uncertainty and doubt”

Electronic Groove: What’s in store for Audio State for the rest of 2021? What can we look forward to?

Audio State: For the moment, there is only one remix planned to be released. I am taking my time to finish as much music as I can, and I also have some collaborations finished with the amazing producer Mattia Saviolo. I have another thing set up for the end of the year of which I am very excited about, but I can’t talk about it right now. Stay tuned for more news!

Electronic Groove: Thank you for sitting down with us! We wish you all the best!

Audio State: Thank you again for having me, it was a pleasure chatting with you!

Audio State’s ‘Strobovision’ EP is out now via Elevate. Purchase your copy here.