Ben Arsenal: “I’ve always loved Rob’s vibe and the message he & the label stand for”

Ben Arsenal is a cultural ambassador representing Philadelphia around the globe. His mission is to inspire, energize and unite people through music, art, and community. Heavy drums, folkloric elements, and infectious soulful grooves are the foundation of Arsenal’s distinct sets. As a DJ, he has played as far south as Florianopolis, Brazil, as far north as Montreal, Canada, and as far East as Beirut, Lebanon. His sound is closely tied to his interests and studies in international culture and folkloric music fused with modern electronic sounds. He has played support for Felix da Housecat, Eats Everything, Riva Starr, Amtrac, Bob Moses, and more. As a producer, he has worked with Grammy-winning musicians and recently contributed as a recording engineer with Pablo Batista’s percussion performance on H.E.R.’s ‘Fight for You’ which won an Oscar for ‘Best Original Song’. Arsenal also recently signed his first major release on Universal Middle East/ North Africa subsidiary of Morroco’s Moktar Gania and Gnawa Soul ‘Alla a Sudan’ (Ben Arsenal Remix). Their upcoming release ‘Coucou Selam’ features fashion icon and artist Anna Cleveland on vocals. He currently leads Worldtown Soundsystem- one of Philadelphia’s favorite up-and-coming live acts.

We caught up with Ben to discuss the drop of ‘Police In The Streets’, his new collaboration with Rob Paine, his current setup, future endeavors, and more.

EG: Hello Ben! It’s a treat to have you here with us today. How have you been? Where are you right now?

Ben Arsenal: Life is great, I am in my home city of Philadelphia.

EG: Congratulations on the release of ‘Police In The Streets’, your new collaboration with Rob Paine! You must be very excited about this one. What has the initial reception been like?

Ben Arsenal: I had a chance to rinse it out at a warehouse party this past weekend. It worked great in the mix and had a great reception from the crowd. This record moves!

EG: What’s ‘Police In The Streets’ all about? What will your fans find on this outing?

Ben Arsenal: it’s a bit of a crazy story actually. Initially, when we wrote the track a few years ago the title was simply about acknowledging the suppression the world is facing from the police and military. Little did we know within months our city (Philadelphia) would be in complete lockdown, riots, military guard, etc.

EG: Of course, ‘Police In The Streets’ is out via the legendary Worship Recordings. To release on this label what means to you?

Ben Arsenal: Since getting to know the scene in Philly, I’ve always loved Rob’s vibe, the legendary Shakedown party (that just celebrated 20 years), and the message he and the label stand for.

“I used to live in France when I was about 16 years old. I’d sneak into clubs and fell in love with dance music”

EG: Was this your first time collaborating with Rob Paine? What was the process for this collaboration like?

Ben Arsenal: It was very organic. We cooked up a groove, added a guitar, and some vocals that brought it all together.

EG: And, how did you settle on the idea of having 4 different versions? Did they all ‘appear’ as you went along?

Ben Arsenal: There were actually more! Rob had to check me at one point and remind me that the original didn’t need any extras. 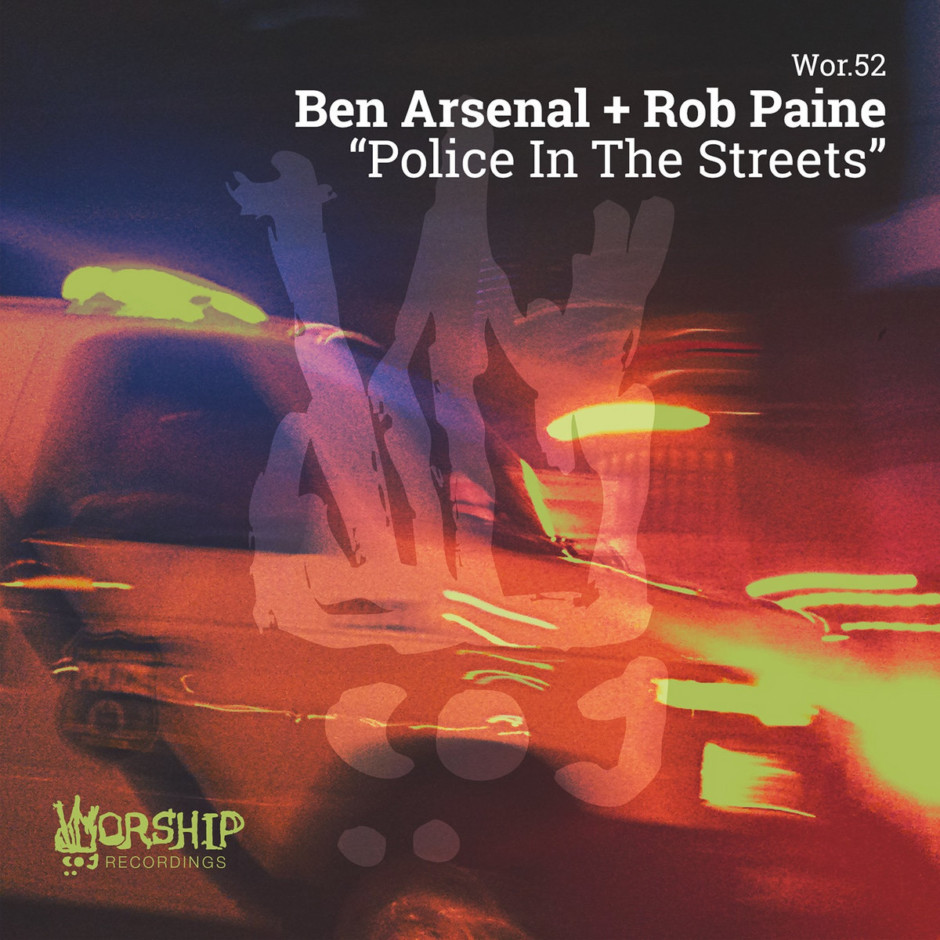 EG: How did you first get into electronic music? Was there a record or show that pushed you down the rabbit hole?

Ben Arsenal: I used to live in France when I was about 16 years old. I’d sneak into clubs and fell in love with dance music.

EG: What does your studio look like at the moment? Can you give us some insight into your workflow?

“Initially, when we wrote the track a few years ago the title was simply about acknowledging the suppression the world is facing from the police and military”

EG: What’s next for Ben Arsenal in the next few months? What new milestones are you looking to celebrate?

Ben Arsenal: I’ve been working hard on building a party called Departed, that has been setting the city on fire. It’s an immersive experience that is basically a childhood dream of quality music with performances and art. Rob will be joining me on April 30th for the next edition!

EG: Thank you for your time, Ben! We wish you all the best for the future!

Ben Arsenal: Thanks for checking out ‘Police in the Streets’!

‘Ben Arsenal & Rob Paine – Police In The Streets’ is out now via Worship Recordings. Purchase your copy here.