Christopher Ledger: “The words that come to my mind when I think of the sounds I draw are depth, contrast and movement”

There’s a mystical aura that soaks through Christopher Ledger’s music, with loads of ambient details while following an experimental approach. As a multidisciplinary artist, he lives and works between Rome and Berlin. His breakthrough came with ‘Lost with K’, soon getting acclaim for his innovative sound, fusing a strong sense of emotion with technical prowess and precision. To deepen his overall musical comprehension, develop his listening skills and advance his knowledge on music theory, Ledger started studying classical composition years ago, consistently innovating his interpretation of electronic music. Showcasing real fluidity between experimental, acoustic and electronic sound, he aims to integrate art in the scene – a good reason to start his own label, CL Series.

We had the chance to talk with Christopher Ledger as he recently released his latest album, ‘Cielo Intonato’.

Electronic Groove: Hey Christopher, thanks for your time. 2018 sees your new imprint CL Series and its first release, ‘Cielo Intonato’ which aims at bringing both visuals and sounds together. Where did this idea originate from?

Christopher Ledger: Thanks. It was quite a long and natural process. Over the past two years, I often found myself frustrated in the studio. Everything I produced sounded like something I’ve created previously. My reaction was always to get out of the studio and head to my art space to draw and paint. With time, I found myself putting on some of my favorite records and attempting to give my own visual representation of the sound. This led to ask myself – why shouldn’t I draw the sounds I’d like to hear instead of just representing something that already exists? The audible and visual worlds are obviously complementary and it’s not coincidental that the terminologies for both art forms overlap. Since then, I started to put into practice the process where both sonic and visual worlds are influenced by each other at the same time during the creative process. The visual result will be the artwork cover and the sonic one will be the music pressed on the vinyl.

EG: The concept of visual and sonic representation, mutually influenced by one another throughout the creative process, is quite unique which differentiates you from other artists in electronic music where the imitation game is quite present. What do you think about it?

Christopher Ledger: First off, I need to say that what I want to do in life, both as a person and artist, is to be myself and nothing more.

Secondly, I find that imitating/copying what others are doing blocks my creativity. I believe that there is a thin line between being inspired or influenced by another’s work and imitating or copying. I’ve watched different DJs moving their hands and dancing like iconic figures or established artists and I’m not a big fan; I think everyone should follow his/her own path and find themselves in the introspective process that results in individual creativity and art. Everyone, from the artist to the audience, benefits from that individuality.

EG: While electronic music is partially loop and sample based, is that translated in the visuals you bring along?

Christopher Ledger: While it does have an impact, loops and sample-based elements makes me picture a two dimensional world whereas the sounds and space I aim represent are three dimensional to my ears and eyes.

The words that come to my mind when I think of the sounds I draw are depth, contrast and movement. When I play and create certain sounds, I develop a basic sketch of the track/painting. Through this, I can see in my mind where the whole composition is heading and how these three main elements will determine the final result.

EG: Is the importance of collaborating with acoustic musicians such as Luigi linked to this organic, tangible side CL Series brings?

Christopher Ledger: For sure, working with experienced musicians such as Luigi Ranghino is a very enriching moment. But rather than focusing on the source, which is acoustic in this case, I prefer to think about the harmonies, the live approach with human interaction and the processing of the sound. I’m a great fan of Granular Synthesis and it plays a big role in almost every track I make. 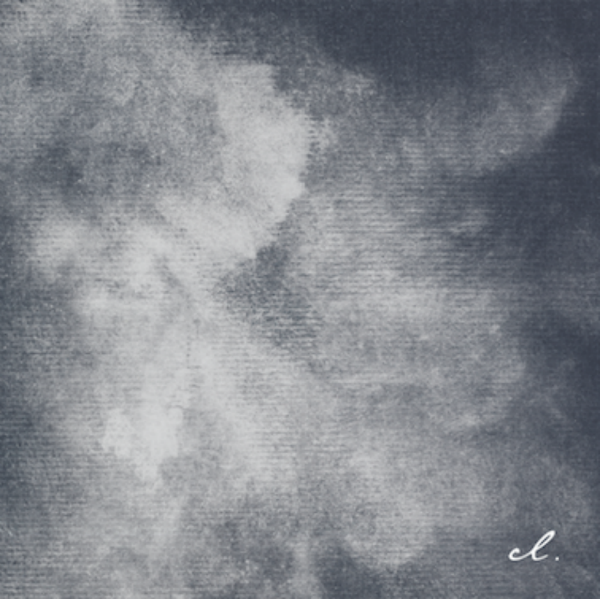 EG: Talking again about this sound of yours that has received great success in the Eastern Europe minimal scene; what were your best moments playing there?

Christopher Ledger: Eastern Europe and Romania specifically are great places to perform; there are lots of nice parties and wonderful people with whom to make great memories. Guesthouse in Bucharest, where I played last month, and Club MIDI in Cluj are definitely my two favorite spots. That being said, I’m excited for the moment where my music transcends this minimal association and allows me to present it in a wider context around the globe.

EG: CL Series brings an important visual aspect to your image as an artist. Will you translate the series into events?

Christopher Ledger: I’m already working on new CL Series events, to be held in atypical spaces where the aim is to immerse the audience in multi-sensory artwork. The concept still needs a bit of time, but my goal is to hold the first event in the relatively near future.