GORDO: “All I want is for this project to be authentic”

Diamanté Anthony Blackmon has already helped to define a global musical movement. But now he’s doing it again: GORDO is a new house music alias from the artist also known as Carnage. More than that, it is a new way of life and a new way of thinking for Diamante. Brought on by time spent reflecting during the pandemic, Blackmon now has a new approach to life that he is fulfilling through GORDO. He is working out regularly, eating healthily, and cutting a fine figure with a big smile. With this renewed sense of energy comes his essential new house sound. It is a passionate, heartfelt new beginning for the artist that will redefine house music for the next generation.

EG caught up with GORDO to learn more about this new project, his new outlook on dance music, the drop of his new single ‘EENIE WEENIE’, and much more.

EG: Hello Diamanté! It’s great to have you here with us today. You’re looking good! How have you been? What have you been up to since the pandemic started?

GORDO: Thanks for having me! I feel good, been exercising a lot and focusing more on my health. I actually lost over 100 pounds since 2020. I decided to quit drinking alcohol about two years ago today and it’s brought such clarity to my life. Not touring gave me a chance to self-reflect in a major way, which led me to officially launch the GORDO project earlier in 2020, which has become my sole focus as of late. Along with it, my team and I launched the TARAKA festival series which has already been to cities like Miami, San Francisco, Amsterdam, Baltimore, Bulgaria, and Mexico. So I’ve definitely not been sitting still.

EG: Congratulations on the launch of your new project! What has the initial reception been like so far?

GORDO: IT IS GORDO SZN! All I want is for this project to be authentic. Enough of this ‘EDM house’ that is taking over radio and playlists. I strive to ensure my fans realize this is different. I’m not just making generic music, instead, I’m releasing the GORDO sound and sculpting Dance music’s hottest genre.

EG: So, this project signals a return to your bases, right? What was it that drove you to GORDO?

GORDO: During the pandemic, I had no choice but to sit at home, produce music and think about my life. When you’re constantly on the road you don’t really get a chance to reflect on music, forget yourself. When I finally did some serious self-reflecting I realized how much I missed that kid-like joy I had when spinning and producing house music. That’s what made me go full circle, and that’s what drove me to GORDO.

EG: Now, you’re behind the drop of your new banger, ‘EENIE WEENIE’. Congrats! What’s this one all about? What will GORDO fans find here?

GORDO: ‘EENIE WEENIE’ had been a long time coming. It’s been in the works for years, but I think at the time I was still identifying my true sound. It’s one of those tracks that has lingered around for a while now and I’m beyond proud of what the final result came out to be.

“When I finally did some serious self-reflecting I realized how much I missed that kid-like joy I had when spinning and producing house music. That’s what made me go full circle, and that’s what drove me to GORDO”

EG: So, ‘EEINE WEENIE’ it’s been in the works for years. Why? What was it that made you hold on to this particular piece and have faith that you’d have that ‘Eureka!’ moment?

GORDO: The eureka moment wasn’t as much that I was stuck and missing something, as much as it finally made sense. With the start of GORDO, and the shift in Dance music, I finally felt like the time was right and the world was ready for ‘EENIE WEENIE’.

EG: Has that ever happened to you before? Do you tend to keep every new project you start?

GORDO: Every project is different. Sometimes you immediately know you’ve got something special and you immediately know what direction you want to go with it, other times you need to let it sit for a while, listen to it over and over again and perfect it. You know you’ve got something, but either the timing isn’t right, or the project hasn’t reached its full potential yet. 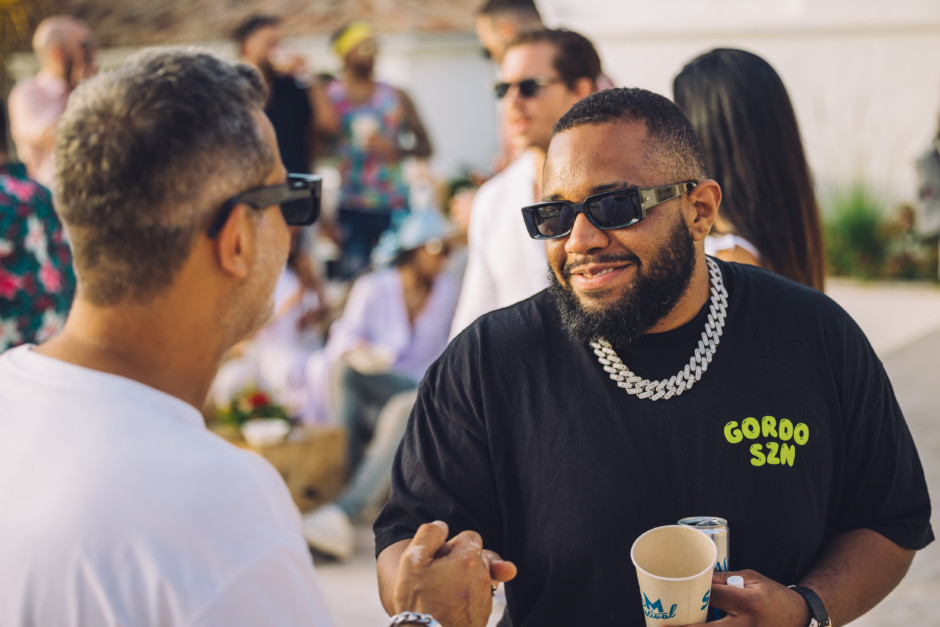 Electronic Groove: Musically, GORDO represents a new flavor in your repertoire. Have you also changed your approach and blueprint in the studio? Or is it more about working the same with a different mindset?

GORDO: It’s a bit of a different mindset. Producing has always been about creating something I love and the crowd will love. With GORDO I was working on an entirely new sound. During the pandemic, there was no way to test it on a crowd so I took the time to perfect my creations. Now I’m finally able to test it out live again and the crowd reactions have been insane.

EG: You are also behind the TARAKA festival brand. What’s the concept that sets this event apart? What’s in store this year?

GORDO: TARAKA is different in the same way that GORDO is different. We’re building on the philosophy of going back to the roots of dance music, so in essence, it gives you the same feeling you used to get at illegal raves or pop-up parties. That’s why the TARAKA events are free, and often see me play extended sets for 6 hours+. With TARAKA we’re going worldwide, spreading this feeling.

“We’re building on the philosophy of going back to the roots of dance music, so in essence, it gives you the same feeling you used to get at illegal raves or pop-up parties”

EG: What else can we expect from GORDO in the near future? What new milestones are you looking out for in the coming months?

GORDO: I’ve got so much unreleased GORDO to share. I’m working with the scene’s best names like Seth Troxler and The Martinez Brothers, so definitely keep an eye out for that, as well as TARAKA. We’re gonna be popping up near you before you know it and I promise you, it’s a party you can’t miss.

EG: Thank you so much for your time, Diamanté! We wish you all the best for the future!

GORDO: Thank you! Looking forward to seeing you at one of my gigs soon!

GORDO’s ‘EENIE WEENIE’ is out now. Purchase your copy here.