Flymeon: “I’m really giving everything I’ve got on stage”

With a transgressive style and a unique sound, Flymeon is an artist through and through. His signature sound and style that blends hard-hitting beats, screaming guitars and staggering synths, merging elements from Techno and Heavy Metal, Flymeon is ready to show the world what he has in store with a sound that’s one-of-a-kind.

Having performed at iconic venues and festivals in cities and countries ranging from Berlin, Madrid, France, all the way to Lithuania, just to name a few; Flymeon is set to conquer new stages all over the world with his remarkable and trailblazing sound.

EG caught up with Flymeon to learn more about his unique sound, his origins, upcoming projects, and more.

EG: Hi Flymeon, how are you?

EG: Can you tell us more about yourself? Where are you from? What do you do?

Flymeon: I’m a Parisian hard techno producer and live act, mixing rave sounds with guitar riffs. Been doing this for a couple of years now, traveling through Europe to play in clubs, venues, and festivals that are crazy enough to invite a headbanging metal-head doing a techno show.

EG: How were you first introduced to music? How did you know it was what you wanted to do?

Flymeon: It was a long time ago. I come from a really small town in the French mountains, there was no club or venues to discover new music and the internet was… well, not what the internet is today. So, I kinda naturally started to listen to what was directly available at my parent’s house, and that was CDs, vinyl, or tapes of metal bands from the eighties and early nineties. I fell in love with that kind of sound and decided to start playing guitar, like tens of thousands of kids.

Then, I discovered electronic music years later when growing up. I can remember really clearly that I first fell in love with electronic music with Skrillex’s tracks, back when he got big with his dubstep releases. They were, back then, the closest metal-sounding electronic music someone could make, I think… so that’s why it was natural for me to start with that.

And then, I started to dig more into the culture as a whole and listened to French Touch masters and EDM heavyweights. Eventually, I fell completely in love with techno music.

And then there was 2016-17-18: we had a lot of warehouse parties in Paris, and names like Possession, I Hate Models, and Molekül… started to pop up. These artists were pushing sounds that were techno, but faster, with more distortion, it was more aggressive… And then it became clear to me, as an epiphany, that this sound (and the attitude that goes with it) was the new punk movement. From this day on, I knew that mixing techno and metal sounds together, and playing like a rockstar among DJs, suddenly made a lot of sense.

EG: Can you tell us about your mask? What inspired you to wear it and what do you want to convey through its use?

Flymeon: There are a lot of reasons, I think the main one was that I wanted to push the « show » even further, as if stepping on stage with a triangle-shaped guitar and head banging wasn’t already enough! No, more seriously, I’m really giving everything I’ve got on stage so that people who come see me have the best time of their lives, and I think that mask is part of this spirit: really offering a show people will remember.

Also, I never really liked showing my face. Although, I didn’t come up with this mask to hide my identity. I guess it’s really comfortable to create a second personality to do all kinds of things you have a hard time doing with your « true personality ». I think that’s the message I wanna convey: when you come to my shows, you’re invited to leave behind who you are every other day of the week to let your dark side take over and completely lose yourself in the rave.

“And then it became clear to me, as an epiphany, that this sound (and the attitude that goes with it) was the new punk movement.”

EG: How would you describe your sound?

EG: What does it mean to you to be a “Techno Rockstar”?

Flymeon: I don’t really know! I’m not sure where that title came from actually. I think it’s a friend who called me this once, and I decided I was going to use it because it sounds cool. Anyway, I guess it’s living techno to the fullest, completely losing yourself to the music as rock stars do. So actually, when I go to a rave, I always see a lot of techno rockstars there! 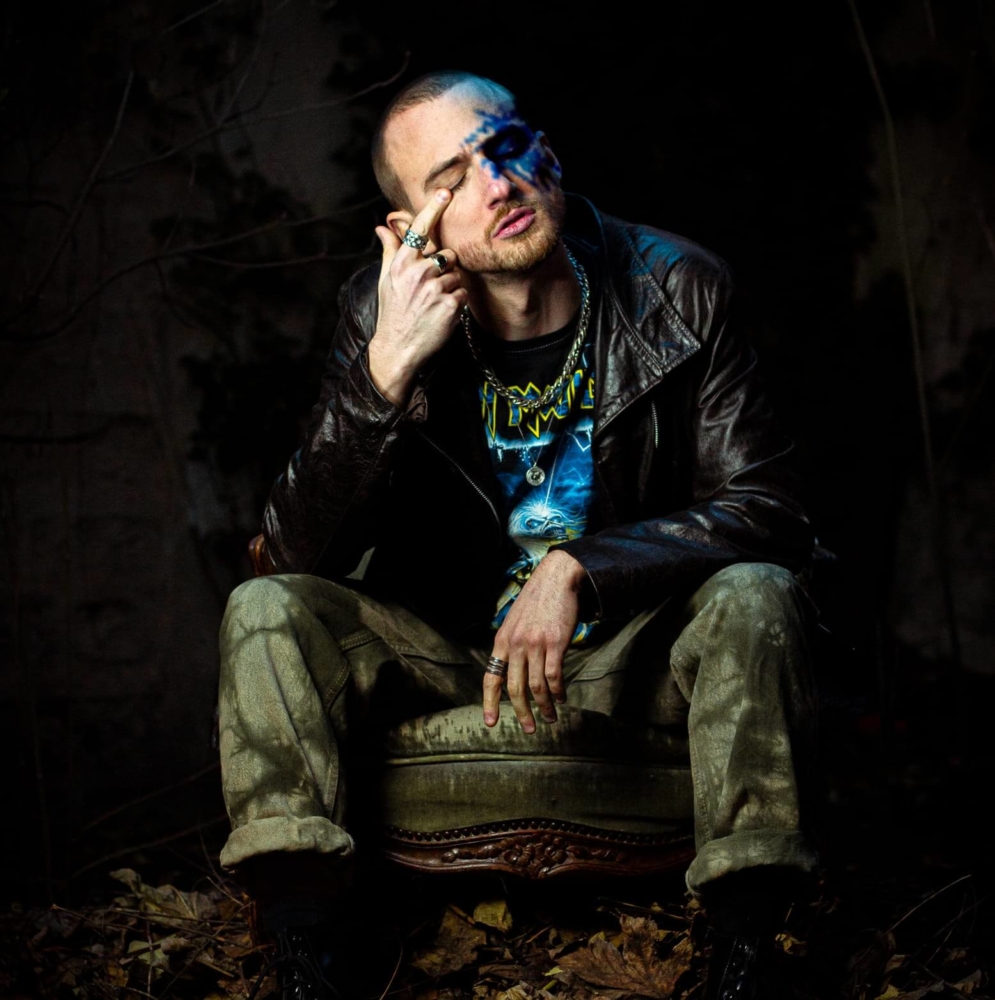 EG: If someone wants to start listening to your music, which track should they listen to first?

Flymeon: I’d say ‘Paris Acid City’. It’s to me the track I’m most proud of. I think it has a great aggressive and violent vibe that I really love and try to replicate in all my music (sometimes with more success than others!). Oh, and watch the music video, please!

EG: What would you say is your biggest achievement so far?

Flymeon: Recently I saw a pogo at one of my shows. Best moment of my life.

“I guess it’s living techno to the fullest, completely losing yourself to the music as rock stars do. So actually, when I go to a rave, I always see a lot of techno rockstars there!”

EG: Do you have any hobbies?

EG: What’s coming up for Flymeon?

Flymeon: A full EP on Rave Alert Records as the first step! Been working on that for a year now. A lot of cool artists took part in the project: remixers VCL, DICA, Vision, Jean Terechkova, and also the singer from the metal band The Dali Thundering Concept. I really wanted to work with a metal singer at some point, now it’s done. A Lot of cool shows are planned as well across Europe. Then I’d like to release another EP before the end of the year, we’ll see if that’s possible or not…