Julian Millan & LiLLo R: “Sun Theory will keep true to our style, soundtracking the days of our listening community”

Julian Millan has proved to be one of the most predominant techno/house artists inside his local scene with more than 20 years of experience in the business. As a DJ, Julian has played at festivals and events with artists such as Robag Wruhme, Ryan Crosson, David Penn, Nima Gorji, Frank Roger, Jay Haze, Olav Basoski, Ramon Tapia, Chloe Harris, and Matias Aguayo, to name a few. For his part, Lillo R. is a Colombian DJ & producer, and founder of the Ointe Record Label. Influenced by the American legends of House and Techno, Lillo R. has gained recognition with his ability to seamlessly fuse unique Latin sounds with traditional House, Tech House, Deep House, Minimal, and Techno.

Together, they are the co-founders of Sun Theory, a brand new imprint with a focus on “elegant state-of-the-art Tech House”. EG caught up with the pair to learn more about Sun Theory, its maiden release, and much more.

EG: Hi Julian!Hi LiLLo! Welcome to EG. It’s a pleasure to have you here with us. Where are you based right now? How have you been?

Julian Millan & LiLLo R: Hello guys, thanks for having us. Right now, Julian is based in Colombia and Lillo in Atlanta (U.S), and things are running very well, producing daily.

EG: So, what has your summer been like so far? Any particular highlights?

Julian Millan & LiLLo R: This summer has been amazing, working hard, a lot of events, and getting ready for the next release of our label. Also, Julian is setting up his European tour for next October, which will take him to Frankfurt, Amsterdam, and Barcelona. Meanwhile, Lillo is a new resident DJ of Atlanta’s Crazy Club, so we are very happy right now

EG: Congratulations on the launch of your own imprint, Sun Theory! You guys must be very excited.

Julian Millan & LiLLo R: Thank you, guys! Yes, we are, a lot of good things are coming for the label.

EG: So, how did Sun Theory come to be? What’s the ethos behind Sun Theory?

Julian Millan & LiLLo R: Well, for us, each of the label’s releases would be a new “theory”, created with some important artists in the industry, new talents from Colombia and the rest of the world, trying to make classy and elegant state-of-the-art Tech House. We’re also making some flashy art designs and videos, going in line with modern social media demands.

“Each of the label’s releases would be a new “theory”, created with some important artists in the industry, new talents from Colombia and the rest of the world, trying to make classy and elegant state-of-the-art tech house”

EG: How did you settle on the different aspects of the brand? Do any of you have any previous experience running a label? Do you have defined roles by now?

Julian Millan & LiLLo R: Lillo is the Chief Technology Officer (CTO), and Julian is the Chief Executive Officer, and we both manage the A&R of the label. Sergio Bennet from Yet Records is our PR, Danny Serrano is in charge of mastering & engineering, and Sebastian Rodas is our motion graphic designer. Lillo is currently running his own label, Ointe Records and Julian was the owner of Pollen Flug Records along with his friend, Dabeat.

EG: What kind of music are you guys on the lookout for?

Julian Millan & LiLLo R: We are looking for organic and elegant Deep Tech House, and some groovy melodic/progressive tracks. We’re trying to make every release as varied as possible while keeping true to our style, soundtracking the days of our listening community. 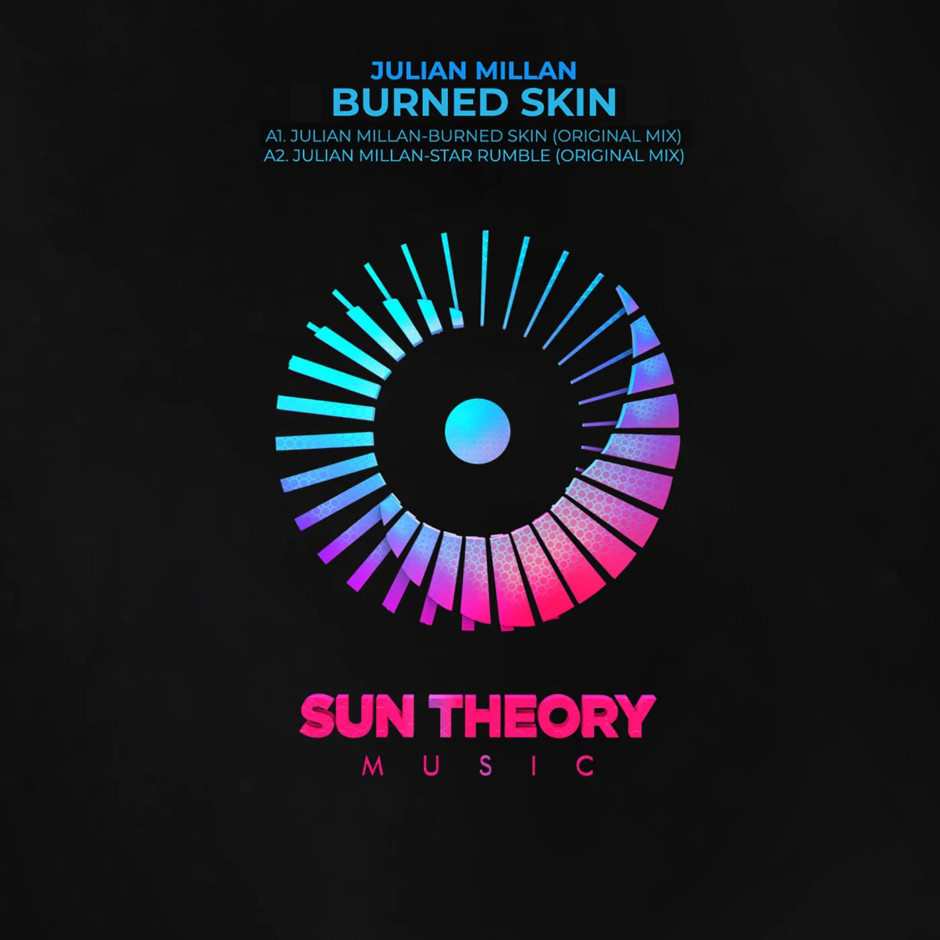 EG: And now you’re also celebrating the drop of Sun Theory’s maiden release, Julian’s ‘Burned Skin’ EP! What can you guys tell us about this particular release? Why did you settle on this one as the first release ever?

Julian Millan & LiLLo R: This first release was created especially for the label. We want to showcase the style that we are looking for. Julian Millan and his artistic background also seemed valuable to us for the project.

EG: So, how did you guys meet? For how long have you known each other for now?

Julian Millan & LiLLo R: We met each other in Colombia, some 4 years ago through a good friend, and since then, we have understood each other very well. I told Lillo about my desire to create a new label and he was the only one that actually pushed me all this time to make it a reality.

“Nowadays, if you don’t have a profile with good digital content, you will hardly be known or valued. But we think that it is also an opportunity for all the new great ideas and talents to make themselves visible”

Julian Millan & LiLLo R: The scene has changed a lot in the digital age. Nowadays, if you don’t have a profile with good digital content, you will hardly be known or valued. But we think that it is also an opportunity for all the new great ideas and talents to make themselves visible and stand out more, especially if you know how to use the tools in favor of yourself and your community.

EG: What’s next for Julian Millan & LiLLo R and Sun Theory? What particular milestones are you looking forwards to now?

Julian Millan & LiLLo R: Well, Julian is waiting for his next release on Circus Recordings, along with his friend Sergio Parrado, and he’s also preparing for his European tour later year, as we plan to take the Sun Theory brand to this year’s edition of the Amsterdam Dance Event.

EG: Thank you so much for your time, Julian & LiLLo! We wish you all the best for the future.