Kadosh: “The idea of producing a collaboration album with artists I admire felt like the right concept to me”

It took Amiram Kadosh exactly 3 years to stand out as one of the top names breaking out of Tel Aviv and onto the global stage. 36 months which saw him rapidly move from playing at the best clubs in Israel to playing at the best clubs in the world. Now, Kadosh has cemented his global reputation as a gifted producer with releases on a range of highly respected labels like Innervisions, Watergate Records, Disco Halal, and many more. His productions are regularly played by every renowned DJ worldwide, from Dixon and Âme to Solomun and Tale Of Us, and his much talked about Imprint Frau Blau Music is already making headway with a run of cutting-edge underground EPs and some hotly tipped future releases.

Now, as the artist presents his new collaborative LP, EG caught up with Kadosh to learn more about the drop of ‘Unanimously’, its recording process, his views on the state of the scene, and more.

EG: Hi Kadosh! Welcome to EG. It’s a pleasure to have you here with us. Where are you based right now? How have you been?

Kadosh: Thanks for having me. I am currently in Tel Aviv, enjoying a few days off between shows.

EG: It’s great to see you kicking back. So, what has your summer been like so far? Any particular highlights?

Kadosh: My summer has been quite amazing and colorful. This season I managed to play in places I had not yet visited, such as Mexico, Panama, Costa Rica, Switzerland, and more, alongside the regular places in Europe that I’m already used to playing in.

EG: Congratulations on the release of your debut album, ‘Unanimously’. What has the initial reception been like?

Kadosh: Thank you! I am really excited that I can finally share this project with everyone. I’ve worked on it for a long time and the feedback has been already amazing, so it fills me with joy.

EG: Is there a concept or general idea behind ‘Unanimously’? It sounds like a bold statement, for sure.

Kadosh: Yes, of course. The idea for this album was created during the peak of the pandemic, back when we were all sitting isolated at home. I wanted to produce an album, but I felt that channeling the spirit of that particular moment would turn out to be something boring. That’s why the idea of producing a collaboration album with artists I admire felt like the right concept to me, and this is why the name is ‘Unanimously’.

“The idea for this album was created during the peak of the pandemic, back when we were all sitting isolated at home. I wanted to produce an album, but I felt that channeling the spirit of that particular moment would turn out to be something boring”

EG: What was the recording process for the record like given it’s made entirely out of collaborations? Did you have every starting point in mind before collaborating, or was it all from scratch?

Kadosh: Well, with each artist it was a bit different. For example, with Rodriguez Jr., it started with him sending me a fairly advanced sketch. I spread it out, edited the arrangement, and wrote a new groovy arpeggio and another lead. With Johannes Albert, it started with me sending him a cool loop and he composed a beautiful melody, and then, we spontaneously invited Abrão to record the vocals for us.

EG: How would you define the album, musically speaking? Does it feel personal, even if it’s comprised entirely of collaborations?

Kadosh: I define it as a collaborative album. But yes, even so, I think it feels personal as I feel like my stamp is imprinted on each and every track. 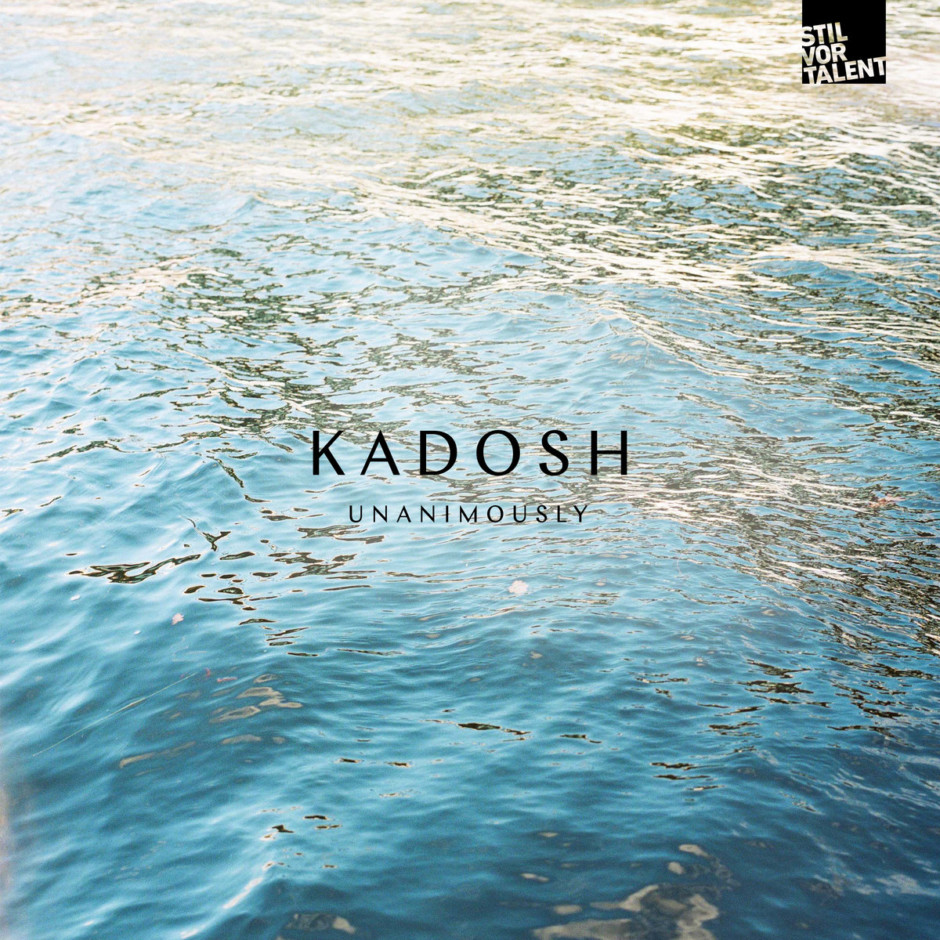 EG: Inspiration…is it overrated or essential? Can you work us through your creative process?

Kadosh: Inspiration is the most important thing, and I learned to really appreciate it during the first quarantine that we had in Tel Aviv due to Covid. Even though I was bored to death, I couldn’t make music because I had no inspiration. It took me a few months to get over it. It was terrible.

EG: Aside from the music, how do you keep yourself entertained? Any books, movies, or series that have caught your attention recently?

Kadosh: To be honest this summer is so massive and packed with shows that I haven’t really been able to find much free time, but I was exposed to an old movie from 2004 called ‘The Terminal’.

A guy from Krakozhia arrives at the airport in the USA and discovers that his passport is now illegal due to a revolution that broke out in his homeland, and due to the situation, he cannot enter the USA, but he also cannot return to his country due to the civil war. Because of this, he has to wait 9 months in the passenger hall.

“I would like to see more artists in my genre who produce music that is more abstract and less formulaic, and labels that are not afraid to release this music”

Kadosh: It feels like the scene is flourishing and thriving these days, of course, and I like that because it serves my interests as an artist.

EG: What’s next for Kadosh? What particular milestones are you looking forwards to now?

Kadosh: Right now, I’m fully focused on my album. We have another long campaign to do. After that, I will enter the studio again to finish another EP. Musumeci and I thought about releasing it on his own label, Multinotes. But I have to finish it first.

EG: Thank you so much for your time, Kadosh! We wish you all the best for the future.

Kadosh’s ‘Unanimously’ is out now via Stil vor Talent. Purchase your copy here.