Miss Melera: “Besides music there are more things in life that give me inspiration, two of them are colours and horizons”

Miss Melera, aka Kim de Lange, is a musical force to be reckoned with! Don’t let her soft, demure looks fool you! When this music maven steps behind the decks she is determined to deliver a set that will leave you spellbound and entranced.There are hypnotic and sensuous qualities to her music mixes and it comes ever so naturally to her. Her monthly radio show COLOURIZON has quickly developed into a worldwide phenomenon, which eventually paved the way for her busy touring career. She facilely soaks up the essential behind traditional genres as deep, tech house and techno, contorting them into a melodic amalgamation that is both contemporary, abiding and exclusively Miss Melera.

We caught up with Kim shortly after her Toronto’s Coda performance, to chat about music and all things.

EG: Welcome and thank you for taking time out of your busy schedule to chat with us! To start at the beginning, what set you off on the musical path? Was there a specific artist, track or club that made you want to get involved in DJing?

Miss Melera: Thanks! As a teenager I was already busy with recording music from the radio to my cassette tapes. Press play at the right moment, hit the record button and tried my best to make smooth transitions. When I was sixteen I went to Italy for holiday. I got in touch with a guy (still my best friend) who had his own mixtape, live recorded trance music. From that moment I fell in love with this. Back home I started collecting vinyl and bought a couple of turntables.

EG: Can you tell us about your recent music collaborations and how they have helped you evolve as an artist?

Miss Melera: A few years ago I did a collaboration with Eelke Kleijn, Olivier Weiter and Arjuna Schiks. We brought our equipment to a studio and connected everything to a main mixer. The vibe between us and the workflow was very inspiring. We all had our own machines, synths and sounds, and we jammed until we had an interesting idea. We finished the track ‘Before.Now.After’, literally in two days, that was released a year later in 2015. I’ve learned a lot from this project, it was my first “jam” session and the concept felt very organic. I would love to do this again especially with these guys. Recently I did a collaboration with Olivier Weiter. We worked basically the same as I described above, and the track ‘Merge’ has been released on Einmusika Recordings in May this year.

EG: As a DJ, you’re not afraid to dip into other genres like house, techno, and tech house and blend in tracks from the past. How important do you think an in-depth knowledge of the past is to being successful in a contemporary context?

Miss Melera: I love to play some gems from the past mixed with promo’s and relatively new tracks but I don’t think it has something to do with being or getting (more) successful. What is more important in my opinion is to feel what’s best for a crowd at a precise moment, or the story you want to tell which really represents you as an artist.

EG: Do you believe in the possibility of “reading an audience”? You seem to have an uncanny ability to do this so effortlessly, can you tell us your method to your music magic?

Miss Melera:  I’m searching for music all the time, for every mood I’ve got a certain style of playing. I’m always trying to select tracks that fit in my time slot, between other artists and the venue. In the end, it depends on the moment “of truth”. An opening spot could change from an empty dance floor to a packed one quickly, so you have to be prepared for anything.

EG: Festivals have seemingly saturated the music market. That being said, would you say that the club experience still prevails and persists as being the best place for the discovery and appreciation of electronic music?

Miss Melera: Not at all, with so many festivals, there are also so many great ones to expand your horizon! I think both clubs and festivals contribute to the whole discovery and appreciation of electronic music. Nowadays you can discover it all in a much wider spectrum.

EG: Take us through a day in the life of Miss Melera right before a show. Tell us, how do you mentally prepare for an event, and does it differ from one audience to the next?

Miss Melera: I don’t have a standard preparation ritual and every week is so different. Sometimes I’ve no idea where I’m heading to and that makes my job even more interesting. Once arrived at the venue and feeling the atmosphere I get ready and prepare for the show.

EG: It’s a studied fact that when we listen to music, we tend to mentally simulate the body movements that we believe have gone into producing the sound. That being said, is this why you are usually barefoot behind the decks?

Miss Melera: Lol, well it started at a party in Amsterdam called “Shoeless”. Everyone had to take their shoes off. From that moment I started playing barefoot because it felt so comfortable. It also gives you a certain feeling of beign grounded.

EG: I love your radio show ‘Colourizon’! Why the name Colourizon, and how did it come about?

Miss Melera: ‘Colourizon’ is a blend of two words, colour and horizon… Besides music there are more things in life that give me inspiration, two of them are colours and horizons. Look around, open your eyes and expand your horizon! 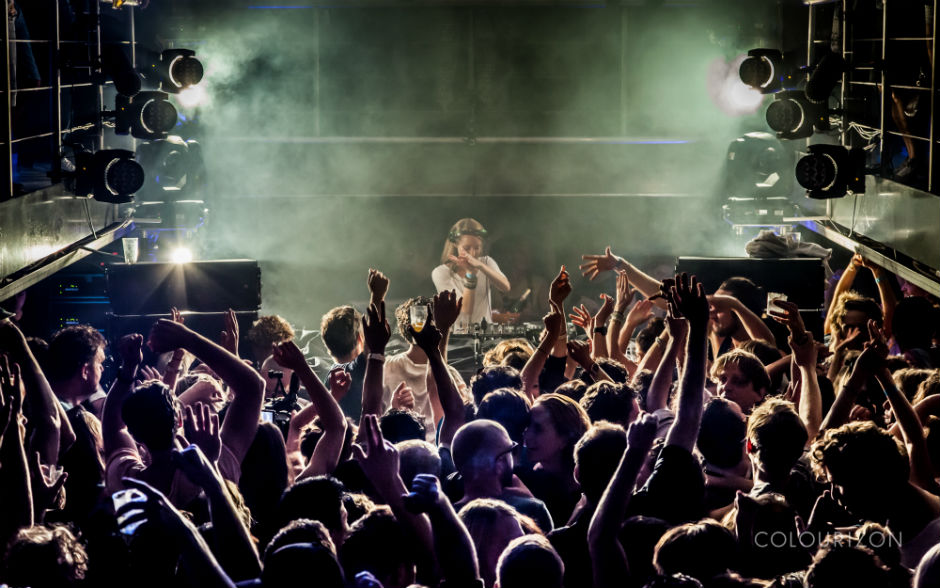 Miss Melera: I’m really looking forward to my upcoming ‘Colourizon’ event at De Marktkantine in Amsterdam. I’ve invited Gui Boratto, absolutely an all time favorite producer of mine. After this event, I’ll be playing in Argentina again. Before New Year’s Eve I’ll be playing at Einmusika’s Showcase at Hive in Swiss. NYE I’ll be playing back-to-back at Loveland with Olivier Weiter. On January 1st I’m playing at Thuishaven in Amsterdam and can’t wait to celebrate a new year with the lovely crew and hopefully some friends too. In the beginning of January I start with my Asia / Australia tour. Rainbow Serpent Festival is definitely a highlight.

Beside my tour schedule, I’m producing as well. Hopefully some new tracks and release dates soon will be announced in 2018.

EG: Thank you so much for your time to talk to us and your continued passionate drive and dedication towards creating some of the best music out there!

Miss Melera: Thank you for your kind words and support!