Spektre: “The basic idea for ‘Against A Dark Background’ was to reflect our earliest musical influences but in a contemporary way”

Often touted as one of the most exciting acts to emerge onto the UK techno scene over the past decade, no synopsis of the current dance music landscape would be complete without special reference to British duo, Spektre. Established in 2006 following years of shared experiences on the other side of the booth, what started out as an experimental live project for founding members Paul Maddox and Rich Wakley, has now evolved into something extra special – their unwavering avant-garde ethos to music creation earning them a spot as one of the front-running purveyors of techno internationally, and over 500,000 monthly listeners on Spotify in the process.

Hailed by industry peers as a “shining beacon of originality in a musical ocean of mediocrity”, Spektre is an act that lets the music do the talking above anything else. They look set to leave an indelible mark on the music industry and pave the way for future generations of budding British artists for decades to come.

We had the chance to talk with Spektre ahead of the release of their upcoming LP, ‘Against A Dark Background’, to be out on January 31st via Kraftek.

Electronic Groove: Hello, guys, thanks for your time and glad to have you at EG. To get things started let’s talk about your album ‘Against A Dark Background’ coming out this week on Kraftek. What are the expectations and excitement around the release?

Spektre: Hello there. It’s been 6 years since our last album, so hopefully, people are excited to hear a new LP from us. We’re certainly excited to have it completed and ready to hit the shelves.

EG: Can you guys elaborate on the inspiration behind it? What were you looking for when you started the album and was the initial idea translated to the final product?

Spektre: The basic idea for ‘Against A Dark Background’ was to reflect our earliest musical influences but in a contemporary way. We both grew up listening to hardcore, trance, progressive, and others, so it was a really enjoyable process to spend time listening back through music from those years and to take little ideas and concepts from them to infuse back into what we do at present.

EG: In terms of the production, what gear was used? Did you use any production techniques out of what you normally do?

Spektre: We have a primarily software-based process, centered around Ableton Live and leaning heavily on the U-He plugins for synth sounds (we are BIG fans of Diva!). We stuck largely to our usual process, but with the album having a little more breadth of style than we normally write, there were a couple of exceptions. The track ‘Trying to Forget’ for example was initially written by chopping up a sample and mapping it across drum pads MPC style (although it was Push in our case). It’s definitely good to break out of your normal routine from time to time.

EG: Does your surroundings, like weather or a city, play a role in the outcome of your productions? If so can you elaborate?

Spektre:  We live in the United Kingdom, so the weather always plays a part; if it’s sunny we don’t write any music, and if it’s rainy we write loads (laughter)… The British weather is definitely conducive to productivity! 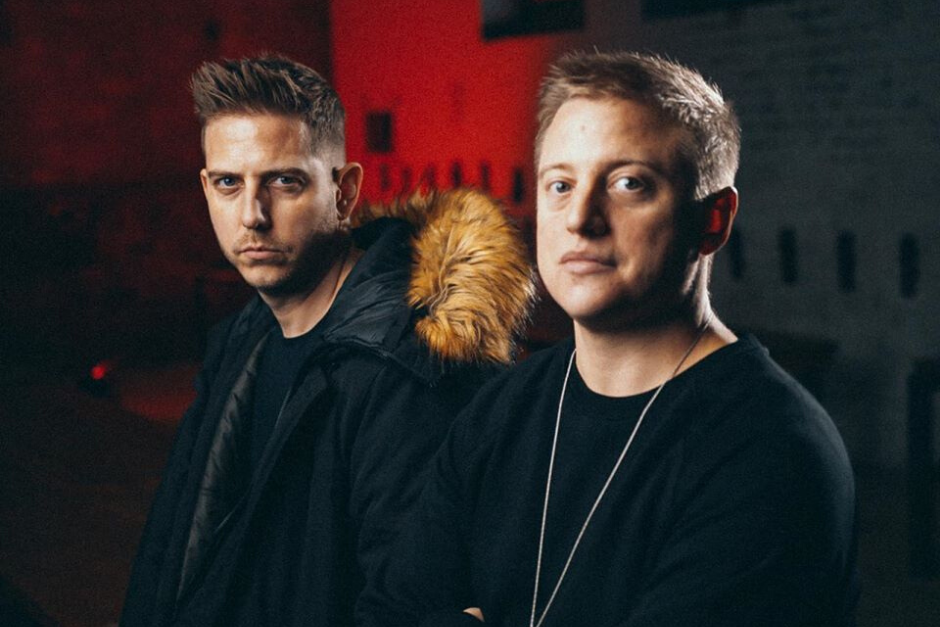 EG: How and why does this album fit on the Kraftek catalog?

Spektre: We’ve been working with the guys at Kraftek for a couple of years now, and we definitely share a similar view on musical and creative matters. When the album was in its conceptual stage, they were part of the discussion from early on, so we were glad to be able to make something that was a Spektre record primarily, but which fits into the Kraftek ethos.

EG: Looking into the release date, is there a tour planned? If so, will you play the album on tour or will the tracks just be part of your set?

Spektre: We won’t be playing dates that are just us performing the album, but the club tracks from ‘Against A Dark Background’ will certainly be lynchpins of our DJ set for the foreseeable future. We have a UK tour confirmed in February with Pleasurekraft and we will also be debuting a new live show in summer, so keep an eye out for that!

“Getting to do our hobby and our passion as a living, and having the privilege of making other people happy in the process makes any small negative parts pale into insignificance”

EG: Moving into some personal stuff, can you share a classic tune you can’t live without? One that really made an impact on you?

Paul: There are far too many to pick one, but I’ve been listening to a lot of late 90’s progressive recently, and Space Manoeuvres – Stage One is an absolute monster from that era that I’d almost forgotten about.

Rich:  One that sticks in my head is DK8 ‘Murder Was The Bass’ by Dahlback and Krome, which was way ahead of its time and a complete game-changer for the techno landscape at the time. This was one of those tracks that crossed genre boundaries and became many artists’ first introduction into techno, including mine. We still drop it to this day and it never loses its impact. 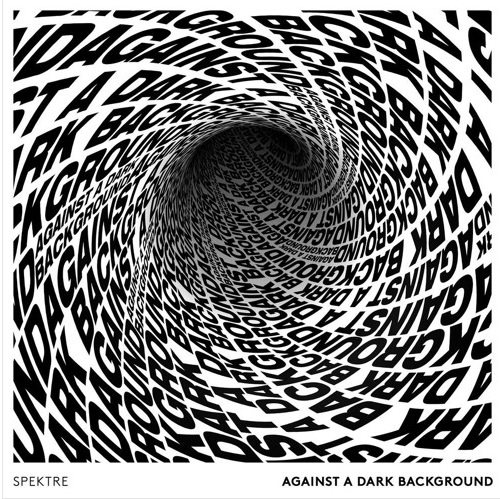 EG: Here’s a question we sometimes like to ask, what’s the hardest part of being Spektre?

Spektre: When you spend a lot of time together with a lot of traveling and not much sleep, it’s easy to get on each other’s nerves sometimes, but we’ve been working and traveling together long enough to know most of one another’s foibles now.

EG: And the easiest?

Spektre: Sounds like a bit of a cliché, but getting to do our hobby and our passion as a living, and having the privilege of making other people happy in the process makes any small negative parts pale into insignificance.

EG: Many thanks and we wish you nothing but the best!

Spektre: Thank you for having us, much appreciated.

Spektre’s ‘Against A Dark Background’ will be out on January 31st. Grab your copy here.