Steve Bug: “It’s always something special to be able to release an LP”

Germany‘s very own taste-maker, trend-setter, mover-shaker extraordinaire Steve Bug is a multi-faceted artist who refuses to back down from the limelight. A dedicated, energetic and constantly surprising talent, Steve is nothing less than an electronic music ambassador, a much-loved spokesman to the people, and for good reason.

We had the chance to talk with Steve ahead of the release of his latest album ‘Paradise Sold’ alongside Langenberg.

Electronic Groove: Hi Steve, thanks for the time to chat with us. Poker Flat recently announced your latest album ‘Paradise Sold’, a ten-track LP produced alongside Langenberg. How do you feel about this achievement?

Steve Bug: Thanks. I feel very excited about it; it’s been a while since my last album ‘Noir’ was released in 2012. It’s always something special to be able to release an LP, and this one is very special meaning to me. Max (Langenberg) and I have known and appreciated one another’s work for years. He is one half of Ribn (his project with Manuel Tur), and he has been releasing various singles under his own moniker. In 2016 we released Langenberg’s album on Dessous Recordings… the same year we started working together in the studio.

EG: How was the production process? Where it was recorded and what kind of gear did you use this time?

Steve Bug: The energy between us was great from day one and we soon decided to come up with a full album instead of just a single release. During the whole process, we barely had any unproductive days, the workflow was incredible, and our visions were really aligned. That being said, I think we clearly managed to come up with something that we couldn’t have achieved alone.

We met at my studio, which is quite well-equipped, as I have collected many synths over the years. The Studio Electronics Omega 8, and SE 1X, as well as the Moog Sub 37, the Prophet 6, the Juno 60 and the Juno 106, were the key synths we used. Logic was our main DAW and most drums came from software samplers. After finishing arrangements, recording all synths and so on, we took the project to Hannes Bieger’s studio to have the tracks mixed down with him. I’ve been working with Hannes for my mixings since my last album, and I think working with him has been a big improvement for the final results.

EG: Having established your own label, Poker Flat in 1998, what makes yours different from other imprints?

Steve Bug: I don’t know, and I don’t really think about these kinds of things. For me, it was always important to release music that I feel and that I think is worth releasing. I also think it is important to build a long-term relationship with artists and have them become a part of the label family, instead of just releasing a three tracker EP and that’s it.

EG: Connected to the last question, how much has the music scene changed since the launch of Poker Flat Records? Do you see its evolution as an advantage or not?

Steve Bug: Wow! It would take days to write down all the things that changed since the early days of the label. If we were to only talk about music sales and stick to that topic: we were only pressing records when we first started, and they were kind of easy to sell back then. You didn’t have to think about much, apart from sending out a few promos to the key DJs. No social media, no illegal downloads, no streaming, no over-flooded promo accounts… And there were definitely fewer releases per week, than nowadays per day.

In the first years of digital releases, it was great to see yours finally reaching places where they haven’t been before. But soon the digitalization of the music market led to a flood of everyday music and it has become hard to be heard or noticed. Searching for music on digital platforms means sifting through a lot of releases you don’t like before you find something you really like. And digital platforms suggesting you what you might like because you bought track x or y doesn’t seem to work either.

So, generally running a label with a back office and an overhead has become much tougher, since the income is definitely lower than it used to be. Pressing/releasing vinyl has become a luxury unless you’re a hyped underground label that pretty much just started, it has become hard to sell enough vinyl to not lose money.

And then you have an increasing number of people who are streaming music for free, instead of buying it. Unfortunately, neither labels, writers, nor producers see enough of that money, it all goes to the streaming platforms. 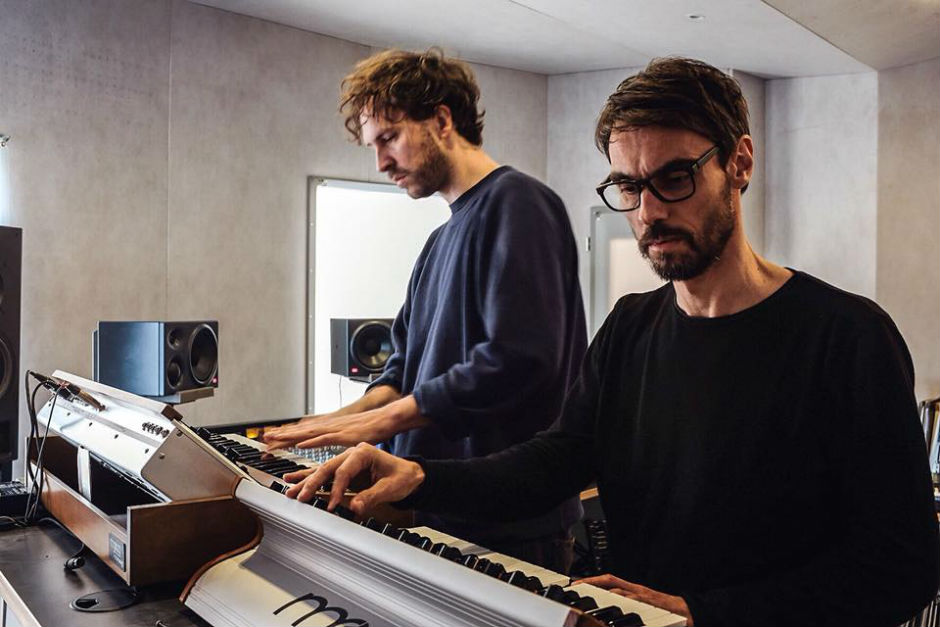 EG: Can you mention a few event highlights of 2017, and what makes them good to you?

Steve Bug: I am just on my way home from a one-week skiing vacation, and to be honest I can’t think of anything else right now. There have been plenty of awesome shows, but the bliss of the slopes is blending everything else out ;)

EG: Looking into 2018, you are set to perform at the Parade Launch of the newly refurbished East London venue, 93 Feet East – have you played there before, what are your thoughts about this gig?

Steve Bug: As far as I remember, this is my first time at this place. But I am really looking forward to it, also because I will play with Doc Martin, who just released a record with Joeski on Poker Flat Recordings. Grab your ticket here.

EG: Will you be playing some of your new music at the Parade Launch event?

EG: How’s 2018 looking for Poker Flat? Any sneak peek you are ready to share?

Steve Bug: There will be a great single by youANDme featuring Ingrid Arthur that includes a really dope remix by Jonathan Kaspar, followed by Tim Engelhardt and Vince Watson remixes of one of the Paradise Sold tunes.

Steve Bug: Music is not always the answer. Laughs… North German humor, you can’t take it out of me