A special mini-tour for both artists.

Josh Wink and Matthew Dear joined forces for a special run of dates across North America during the summer and autumn seasons.

The first two gigs will be in Texas, one on August 17th at Dallas, and the second one on August 19th at Houston. Both will be at Stereo Live.  The run continues at Miami’s Treehouse on September 1st and finishing at Chicago’s Back Lot BBQ on September 2nd.

“I have been a long time fan and friend of Matthew Dear and I was excited about the opportunity to play a mini-tour with him. I look forward to the dates we have set together and I am excited to have fans of electronic music get to hear what we have in store for them”, Josh Wink commented. 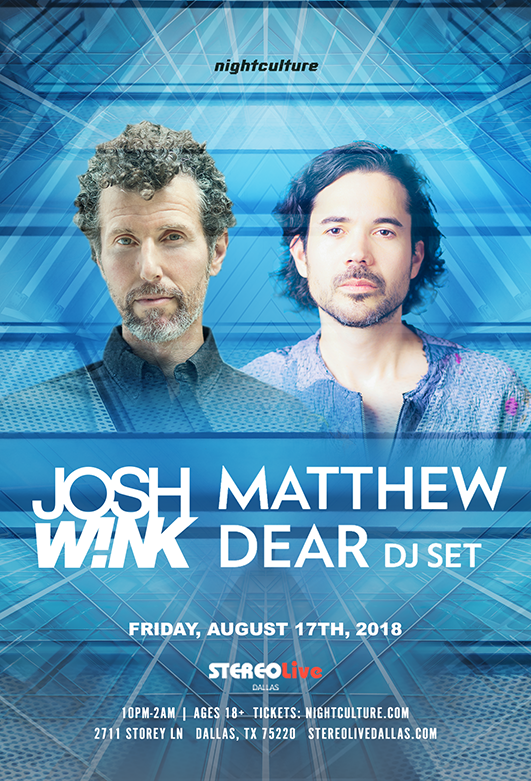