After a successful debut, Berlin-based startup LifeLive.io presents the second edition of its interactive digital LifeLive festival. The event, which will take place on April 17th, will feature stages hosted by Cocoon, Moon Harbour, Blakk Sheep, Eating People, and more, while all the profits from the festival will be distributed in full to the participating labels and artists.

According to the press release, ‘the new concept creates a completely new live streaming experience: Visitors can switch back & forth between different stages, interact and video chat live with each other individually – in other words, actually see and talk to each other.’ However, interactivity is not only offered by the direct exchange between users via video, but also by other tools to be discovered, such as a ‘Drink Taxi’, which for the time being in Berlin allows special drinks to be delivered to your home during the festival.

You can grab your tickets and learn more about the LifeLive festival here. 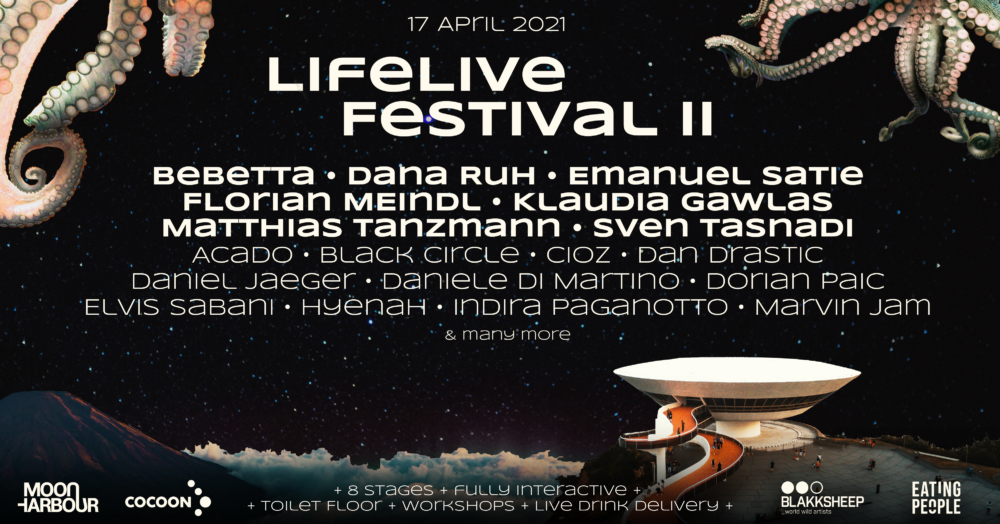