Dub Taylor is a German artist from Berlin who is well-respected within the deep tech genre for his blend of deep atmospheres and stripped-back sound design. Out now, is a new release on the Suleiman record label that includes a remix from Dub Taylor, along with two originals from Mathias Schaffhäuser.

Mathias Schaffhäuser’s originals are well-produced tracks with techy grooves and quirky concepts, but it’s the Dub Taylor remix that grabbed our attention the most.

We remember Dub Taylor from the minimal movement in 2007-2008 and since then he has continued to improve like a vintage wine that only gets better with time. His own record label Forms & Figures is a regular outlet for his new music along with the likes of Lucidflow, but he also timeless classics on the likes of Raum…Musik and Dirt Crew Recordings.

Although Dub Taylor is who drew us to this new release on Suleiman, it’s worth mentioning that Mathias Schaffhäuser is also an accomplished producer who has featured on the likes of Kompakt and Third Ear Recordings.

‘Collapsing Collabs’ is the track remixed by Dub Taylor and his remix adds a deep, dub-inspired spin to the original. The original is a chic track with analog textures and a steady flow of energy that builds towards the introduction of a second synth line that lifts the track.

Keeping percussive elements from the original, the remix adds brand new synth sounds and has a murky atmosphere that adds submerged vibes to the techy percussion rhythms.

‘Magnificent Madness’ is the second of the two originals and it’s a cool and individual track that definitely has its place as a DJ tool, but was our least favorite of the three.

You can buy a copy HERE. 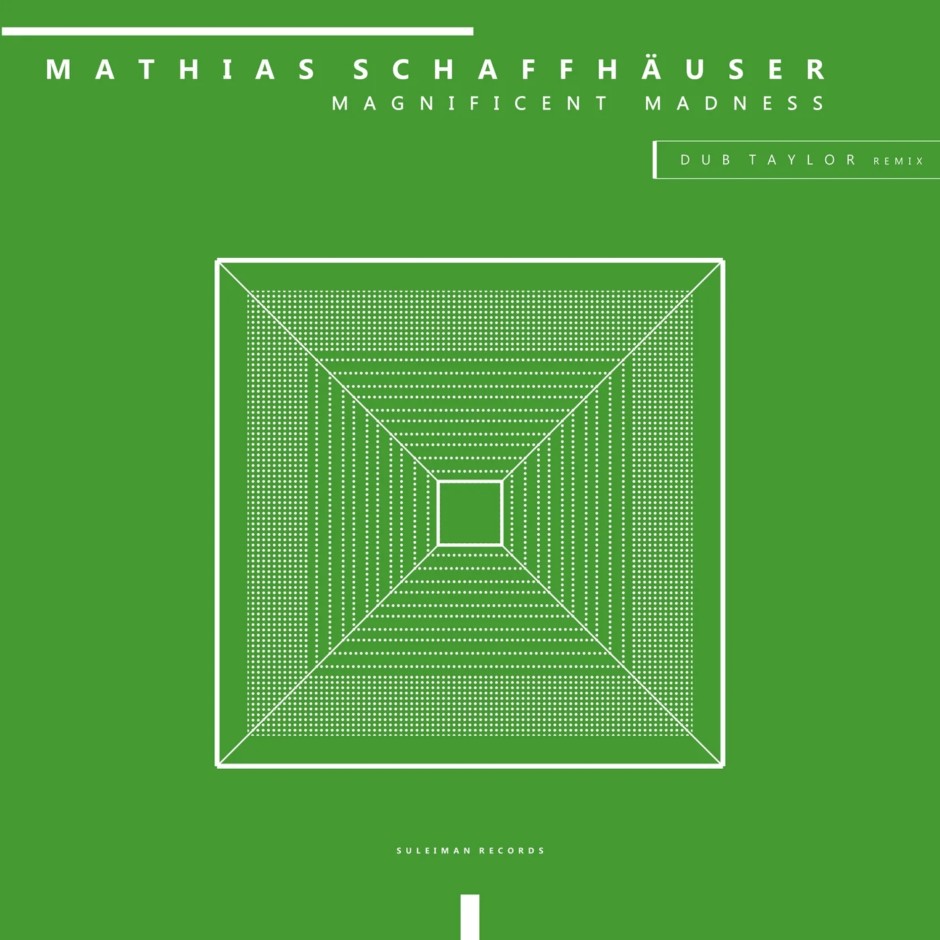