Presented by Stranger Than.

The Mayan Warrior Art Car and Soundcamp have burned brightly on the Burning Man Playa and beyond for ten years, becoming an international cultural force for good. A non-profit since its inception, the collective has donated to organizations like Create Now and Planet Buyback as well. Now, the brand is linking up with promoter collective Stranger Than to celebrate its 10 years of existence with an anniversary US tour.

These fundraising events are currently the only place to catch the Mayan Warrior Art Car outside of Burning Man this year, and will see the iconic Art Car and tens of thousands of its colorful followers juxtaposed against the downtown skylines of major American cities, including Austin (TX), New York, Los Angeles, and San Francisco.

Los Angeles’ Stranger Than is a key force in the electronic music scene and will participate in these immersive experiences, transforming urban cores into other-worldly and art-filled environments.

Ticket registration will run until April 5th at 12 PM ET and private tickets will go on sale April 6th at 3 PM ET. You can register here. 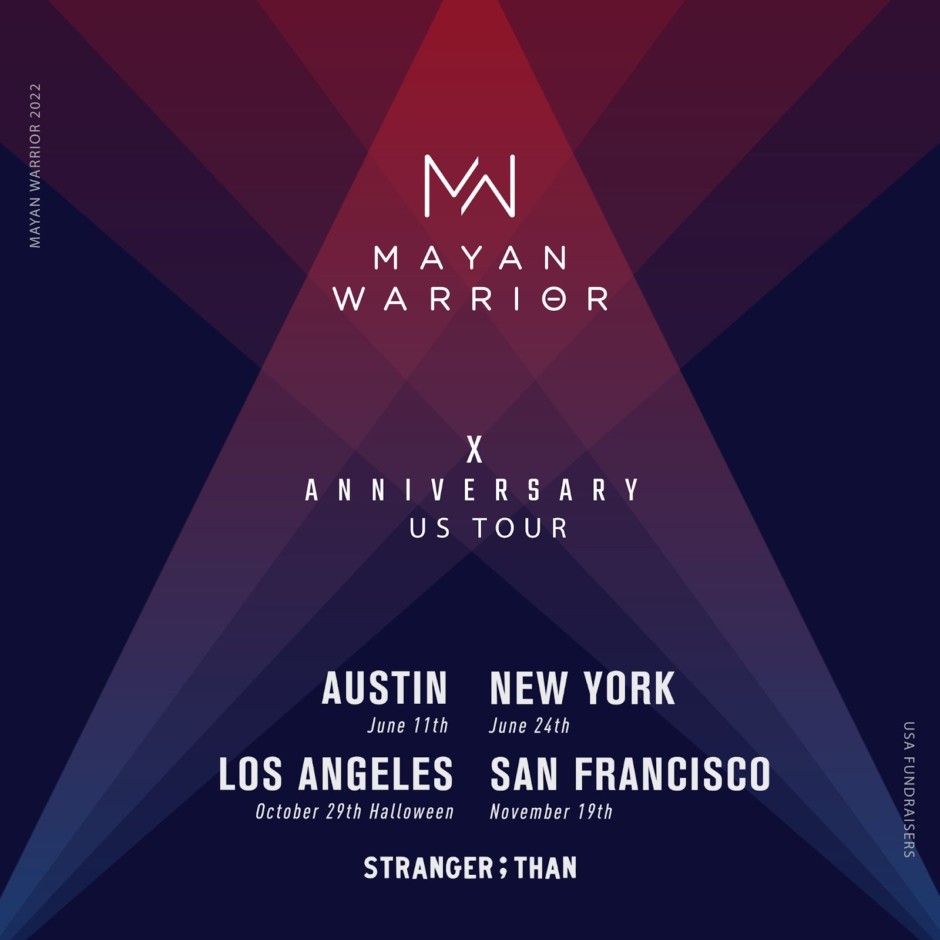