Together with Beats Of Nature, Nick Warren & The Soundgarden brand have teamed up with Electronic Groove and DJ Mag for a very special Livestream that will be transmitted this Sunday, February 28th, from the private cenote Aktun Chen, in Tulum, to help with the reforestation of Sierra Patlachique and the Parque Estatal Sierra Morelos in Mexico.

Starting at 16PM EST, the Livestream will feature sets by Nick Warren, and Argentine DJ/producers Antrim and Fran Bux.

‘Both parks are protected natural areas in the State of Mexico and have great relevance because they are the refuge of local biodiversity in an area that had severe problems of urbanization and deforestation. In addition, these sites provide a wide variety of environmental services that benefit the population of the State of Mexico, among the most relevant are carbon capture and infiltration of water into the subsoil. Both sites are recreation centers that allow the local population to interact and learn from nature’, Nick Warren tells us. ‘In addition, uniting music and art with social and environmental causes also allows people to become more aware and it encourages them to want to be part of the solution’, he concludes.

About the location of the Livestream and his set, he added: ‘The cenote was a stunning, if boiling hot location to film in, and actually my first view of a cenote. My set includes many future releases on The Soundgarden‘.

Viewers will be able to make donations during the streaming through a QR code. Donations will go directly to Pronatura, a Mexican NGO that has been working on this region for 40 years.

You can get involved with the Beats Of Nature Livestream on Sunday, 28th here. 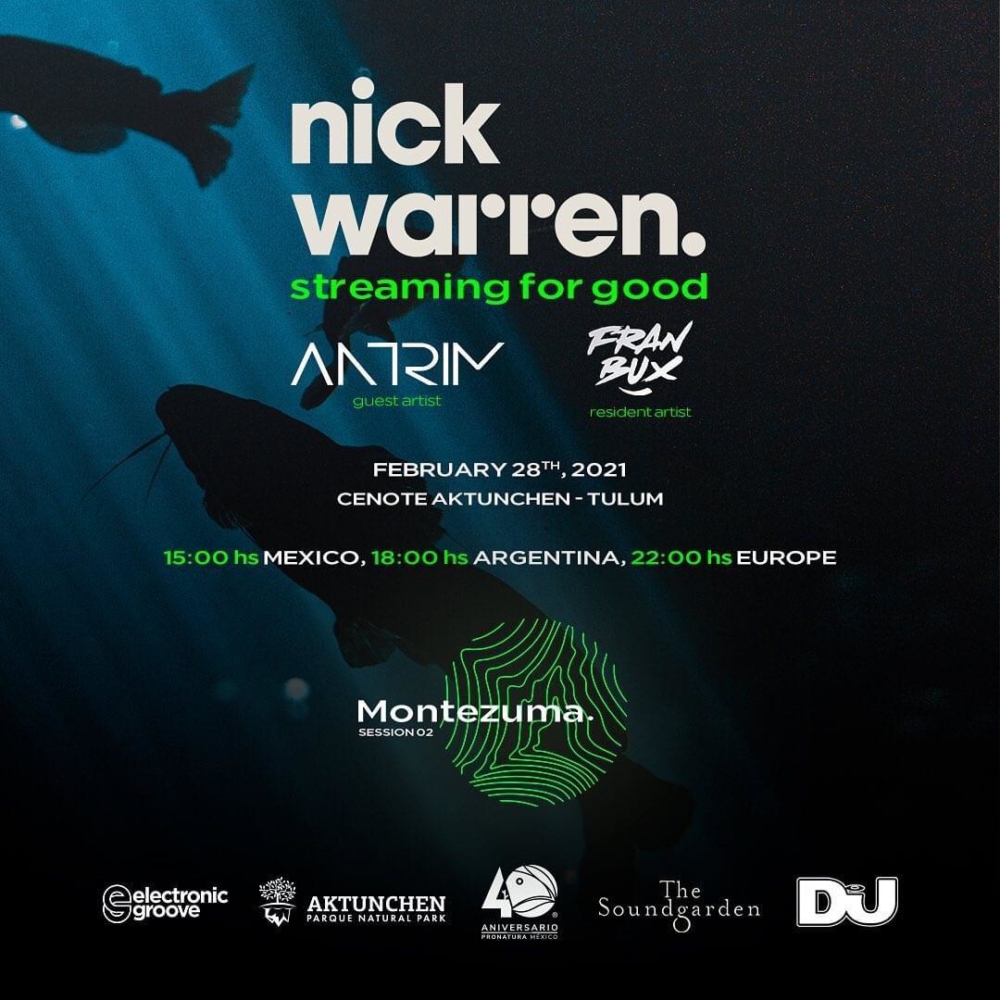