Over 60 new artists added to The BPM Festival lineup

The BPM Festival is preparing its second edition that will take place on September 20th-23rd at Portimão and Lago cities.

During the festival’s days, 30 different parties will be held across beach clubs and night venues, including renowned brands like All Day I Dream, Paradise, Visonquest, Vatos Locos and more. 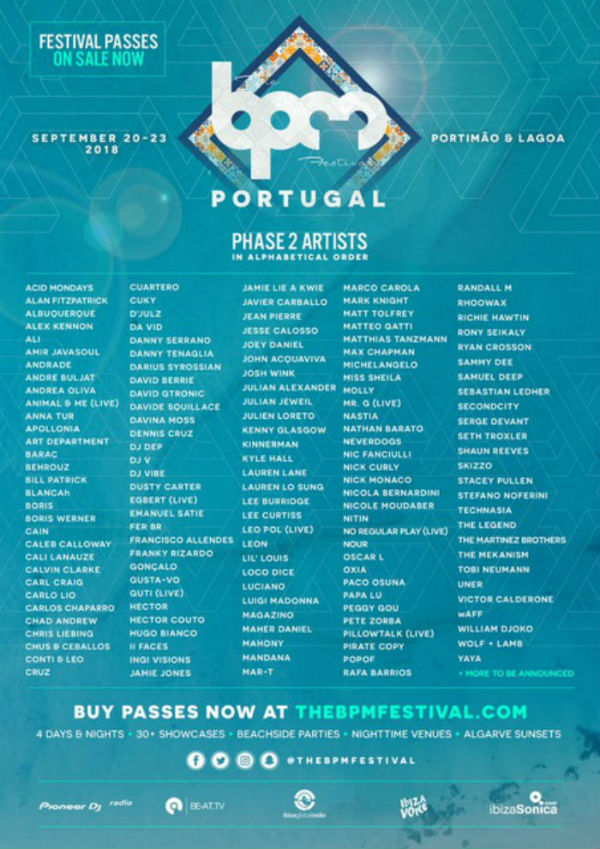