The Argentinean iconic DJ has recently revealed that he’s preparing a symphonic concert to be held at Buenos Aires city in 2018.

Hernan Cattaneo is an electronic music synonymous at his native country, Argentina, being the most important local DJ during the last years. Now following the footsteps of other colleagues as his friend, Sasha, he will perform an acoustic concert entitled ‘CONNECTED’.

As appeared on a post on his social networks, “I’m extremely happy to be able to announce … CONNECTED: A symphonic concert of electronic music at the Teatro Colón in the City of Buenos Aires. It is an enormous privilege to be able to carry out this show in one of the most emblematic and important halls of the world, together with an orchestra of 50 musicians and the participation of great guests”.

The concert will be held on Thursday, February 22nd at Teatro Colón in Buenos Aires, and will feature the musical and orchestral direction of Gerardo Gardelin. He will be joined by some local guests like Richard Coleman, Oriana Favaro, Leandro Fresco, Mercurio, Martin Keledjian, Josefina Sylveira and Javier Suker.

There is no info about the tickets sale yet. 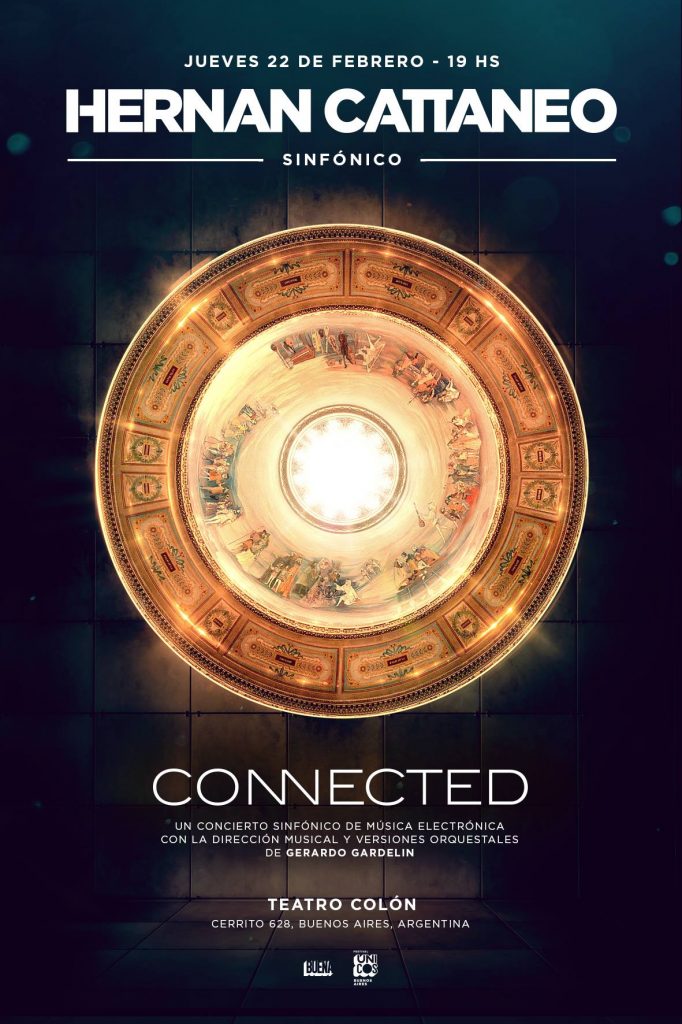