Sirus Hood and Sacha Robotti embark in a US tour

Las Vegas, San Francisco and Detroit are some of the cities they will visit

Sirus Hood and Sacha Robotti are two talented artists that are making their own name on the worldwide electronic music scene. As they join forces, the duo is embarking on a sixteen-dates tour that will take them to all around North America during February, March and April.

Gaining international recognition for his blend of infectious baselines, Sirus Hood’s productions has spanned across key labels such as CUFF and catching the eye of Dirtybird boss Claude VonStroke. With his roots firmly embedded in the Parisian underground music scene, Sirus has exported his house sounds to the global club circuit holding residencies in London, Ibiza and Paris  while gaining a legion of support from leading industry figures.

Sacha Robotti’s beats are always evolving, producing a series of seminal releases during the last couple of years. Last summer we saw him grace the stage at a few American festivals like CRSSD Festival, Coachella, Lightning In A Bottle and Burning Man.

With the tour commencing on February 3rd, EOS in Santa Barbara will be the first destination for the duo, coming straight off the back of sold out shows at the late Sankeys in Manchester and the BPM Festival. Throughout the rest of February Sirus and Sacha will descend throughout fifteen different North American venues ending in Phoenix on April.

Below all tour dates. 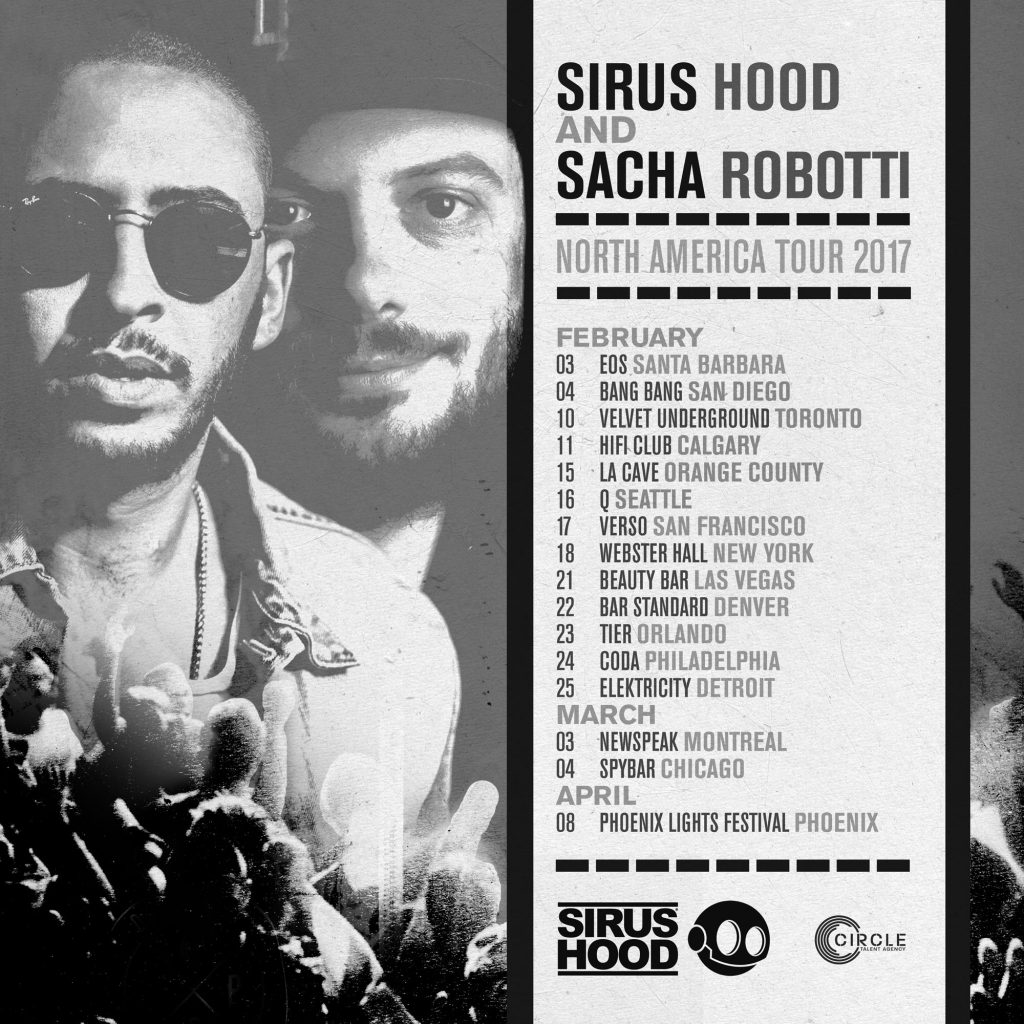