Joshua Gutierrez, better known as Slurm, the master and curator of Savia Park presents his highly anticipated debut album ‘Rebirth’. The label was set up in 2013 and now has over 38 EP’s under its belt. Since its launch, has gone from strength to strength and so It seems only right to present his album on home turf.

Kicking off in catching fashion, Slurm deploys ‘A Guide To Bliss’, a cavernous affair, drenched in reverb where effects rumble over a classic house bass and a monologue about meditation echoes, subduing listeners into a state of hypnosis. Revving up a gear, ‘Levitate’, which features the participation of Origami Musique, builds on a tougher sound. Concrete subfrequencies pulsate as the artist’s seductive voice seeks to entrance, while synths and effects escalate, breaking through the bassline, taking the track to uncharted heights.

At third base, we find ‘Random Being’, where the Ecuadorian artist drops a restless bassline that bounces off the ceiling while synthetic blips lead the way into even darker territory, as stabs resonate creating an alluring ambiance that feels like staring into the abyss. As the plot thickens, ‘Gone’ showcases swirling synths riding over a solid backdrop, conjuring a hazy journey shrouded in energy, where lines twist and bend at will, creating one rollercoaster of a track.

Around halfway down the corridor, we find ‘My Kind’. Here, Slurm lets a throbbing bassline rip encapsulated in a frame that exudes Techno, while a voice tells us it knows exactly what we’re here for, as it drives us down to the middle of the dance floor for an epic breakdown, featuring a skitterish earworm of a lead line that brings us back for a late-nite banger. Staying in line with the story, the producer elaborates with ‘It’s All About’, as he blurs the boundaries between House & Techno even further, combining neon lights and shiny disco balls with raw power and grit.

While ‘Rebirth’ still offers 3 more tracks, we could say the next track, one that lends its name to the project, is the final piece of the puzzle. ‘Rebirth’ is founded on a broken beat that carves the path, as sustained string provide atmosphere, and beautiful synth patterns light up the room, mesmerizing listeners as chopped vocals samples intertwine for a breathtaking experience.

The final two tracks that can be found on ‘Rebirth’ are different versions of ‘Levitate’ – presenting its ‘No Vocal Mix’ – and the ‘It’s All About (Hidden Version)’. As the name suggests, ‘Levitate (No Vocal Mix)’ presents the track as a no-nonsense DJ weapon that focuses on its groove for maximum impact. Meanwhile, the ‘It’s All About (Hidden Version)’, moves the frame to the forefront, while adding a clunky metallic percussion pattern that provides further gravitas to the story.

Slurm’s ‘Rebirth’ is a highly energetic one, and a mix of all of the sounds and genres that have come before it, creating a powerful statement and an electric journey that seeks to jolt it’s listeners, amping them for a brand new cycle.

You can grab your copy of Slurm’s ‘Rebirth’ here. 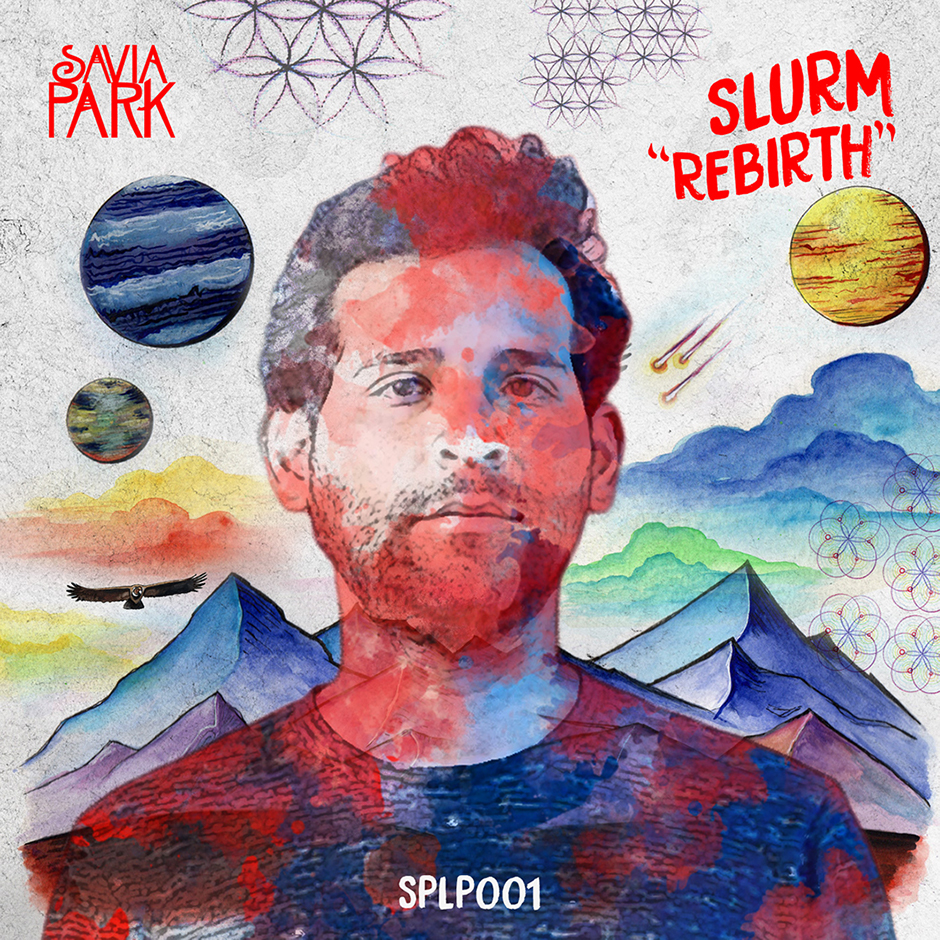