Sonny Fodera to release new Defected album and US tour

2016 has been something special to Sonny Fodera, debuting on BBC Radio 1 Essential Mix, a DJ Awards Deep House nomination and a Beatport #1 track, made him one of the most in-demand DJs and producers around.

To complement his busy and outstanding year the artist is releasing his highly anticipated third studio album ‘Frequently Flying’ on Defected Records. The LP shows a more mature sound and includes feature collaborations with Yasmin, Janai, Shannon Saunders, Alex Mills, among others.

To promote his latest work Sonny has planned a full tour around the United States starting on early November. The route covers 16-dates, including cities like New York, Detroit, Los Angeles, San Francisco and Toronto. Walker & Royce will be supporting him on the warm up duties. 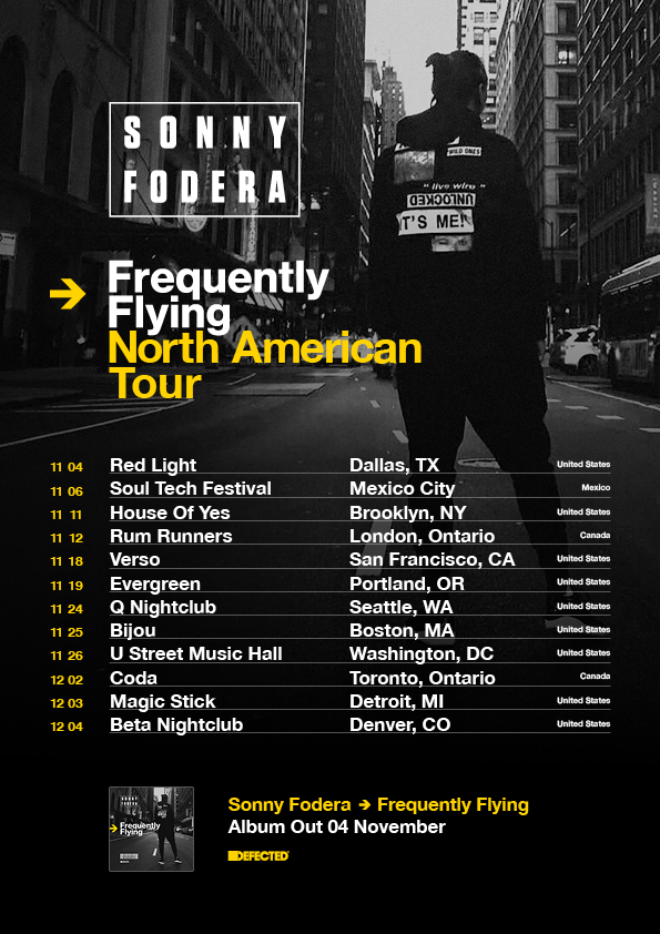