Los Angeles-based event collective Stranger Than; has just announced its ‘Stranger Than; Beach Party’. The gathering will take place on March 25th,2023 at Cabrillo Beach in Los Angeles, from 2 pm to 10 pm.

‘Stranger Than; Beach Party’ is one of LA’s few large-scale electronic music events to take place beachfront, and for this special experience organizers will be presenting the musical talents of Âme b2b Dixon, and Jimi Jules b2b Trikk, as well as Brooklyn’s Tony y Not.

Led by founder Tal Ohana, Stranger Than; has remained a key force in the US electronic music scene, having introduced unique urban venues such as Grand Park on the steps of City Hall, El Pueblo in front of Union Station, and Ace Mission Studios at the foot of DTLA’s 4th street bridge. Stranger Than; now prevails on both coasts, regularly producing leading events for global institutions such as CircoLoco and most recently famed Burning Man soundcamp Mayan Warrior.

You can learn more about the ‘Stranger Than; Beach Party’ and purchase your tickets here. 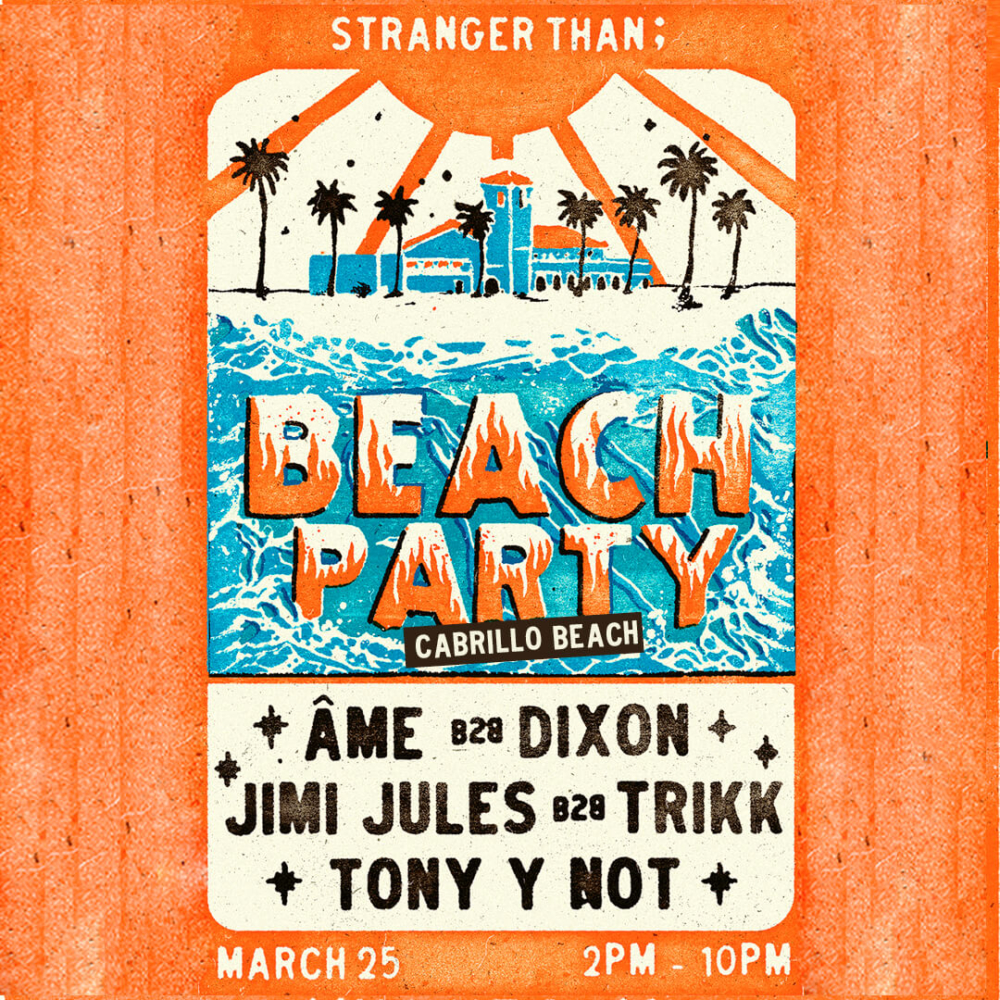