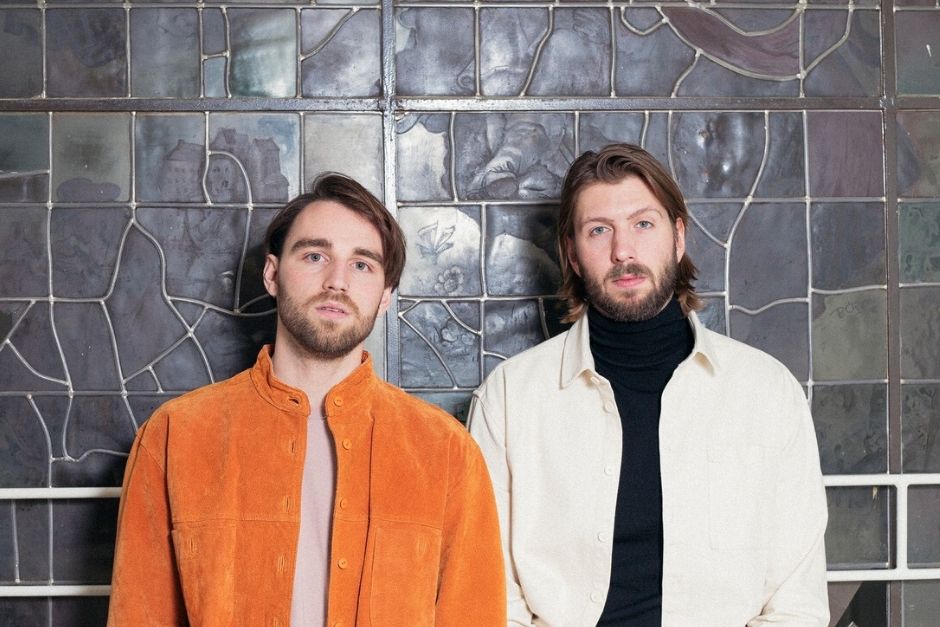 Diynamic Music is back with another edition of its Picture series with Tunnelvisions at the helm, who have released before on Disco Halal and Atomnation. The duo brings a colorful sound that draws on dub, world, and psychedelic influences and now showcase that across six tracks of emotive and melodic house music. This is another expansive and expressive installment of the vital Picture series.

We live in a very fast-paced society. Everything needs to be delivered as soon as the question is asked, and because of this we sometimes forget that getting good at something simply takes a lot of time. Don’t try to rush things. We both have been making music for around 10-15 years now, starting very young. There have been times where we both had the feeling it just wasn’t going to happen, but because we kept on focussing on having fun, exploring, learning new skills, we eventually started to make something that was good. Of course, once you get farther down the road, and your ambitions grow, there are moments where the fun part might not be the same as when you were making music as a kid. But in these times always remember you’re still a kid at heart, and you’re playing with your fantasy of creating something new.

2. Getting good gear does not make good music, but it helps!

For a long time we had little gear to make music with. Even last year Ray was working on very cheap studio monitors where we mixed a lot of our music. This mentality of making the most with what you have makes you a very inventive and creative person. Don’t ever think a piece of gear will suddenly let you make music like someone else you admire. It’s just practice and discovery.

However, you learn what you like and don’t like the more you make music. We both remember the first time we really started working with analog synth and how that opened up our eyes. We both first had the Analog Four by Elektron, which showed the basics of analog synthesis, but when Ray had his Prophet 6 and Emiel his Jupiter 8 the ear for how that analog type of synthesis really sounds started to take shape. Now we also use a lot of soft-synths, because our ears have been accustomed to that sound. So without that investment, we wouldn’t have developed that. But our music could now be just as good if we just had a laptop.

You know that feeling where you have been working so hard on a track for a couple of days/weeks, and it just doesn’t feel right. You start to feel less and less inspired and at one point you start thinking: I am really equipped to do this?

If you’re at this point, throw a big chunk away. Literally just keep one or two layers you truly like, and make something new around that. This feels freeing. It’s like a painter deciding to just throw a bucket of red of the blue sky he had just painted. You’ll be amazed at what this brings. Really, we think almost 40% of Tunnelvisions tracks have been created out of the process of deleting. Sometimes this can be hard, especially when one of us has made something he’s proud of but the other one doesn’t like it. Then it comes down to biting the bullet, and see what your partner can come up with. Don’t be too attached, and don’t be afraid to start again.

Sometimes you hear music by someone and think: “my god, this person is so talented”. But what does that mean truly? For a lot of people, it means that they are born with some gift and that they were always amazing. In reality, it couldn’t be farther from the truth. If you look at both of us, for the last 6-7 years we have almost daily spent 5-6 hours on making music. After work, after school, we always went back and made music. If you calculate how many hours of work this is, you go beyond the 10.000-hour rule. So what’s the true talent? It’s being persistent, and passionate about what you do. Don’t give up, train, like an athlete, and go for it. Talent will develop.

5. Be critical, but take pride in your work.

One big part of being creative is being critical about where you can improve your work. What we do is make a list of all things we hear at the start of a session, and work that off like a to-do list. Is this kick any good? Is this snare hitting in just the right way? Shouldn’t this part of the arrangement be shorter?

However, don’t get caught up in this. Always take a moment to say: “hey you know what this isn’t that bad”. Don’t compare what you do with others and don’t show a lot of people your music. Just do what you love and sometimes be proud of what you’ve done, but aim to improve.

Point Blank are back with a new video tutorial, this time teaching you how to…

German producer Marlow’s recordings and remixes are released on labels like Moon Harbour, Room With…

Hang the Streamers: The future of music?

As more and more DJs get into it, we dive into the whole streaming concept.…