As usual, it will be a three-day celebration.

After the Ultra Music Festival license was canceled in 2018, it was revealed that the event will be back to Miami’s Bayfront Park for its 22nd edition. In addition, the first phase of its lineup has already been announced.

Ultra Music Festival will be held from March 20th to 22nd, 2020. Purchase your tickets here. 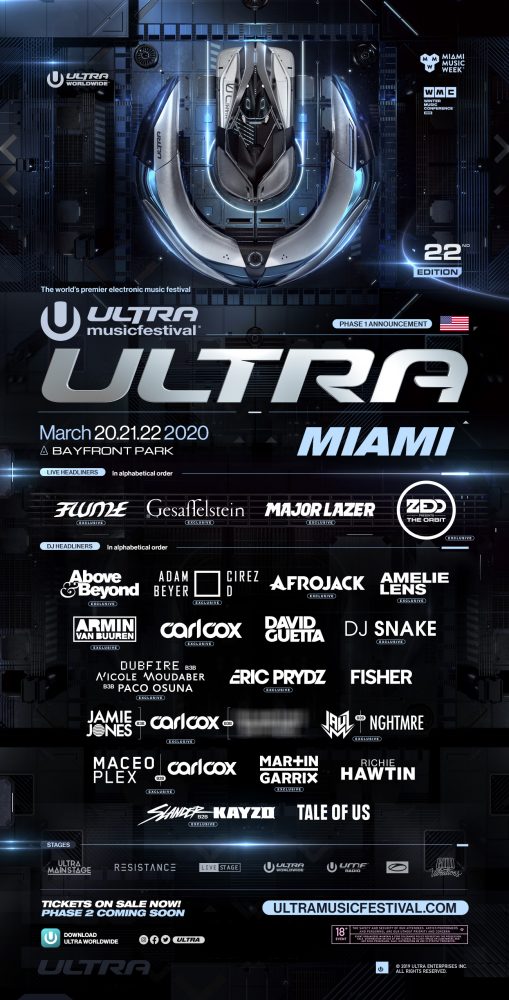