Ultra Music Festival will make its celebrated return to Miami’s iconic Bayfront Park from March 25th – 27th, 2022, following the grand reveal of Ultra’s Phase 1 and Phase 2 lineups. The festival’s underground brand will arrive with a new format customized specifically for the selected venue.

For this special occasion, RESISTANCE announced the roster for its Ultra 2022 showcase. The festival will present a mix of house and techno’s most in-demand headliners, including Adam Beyer, Sasha | John Digweed, Tale of Us, Camelphat, Dubfire, and festival flag bearer Carl Cox, who will debut his new Hybrid Live 3-hour performance.

Taking residence on the northern perimeter of the revamped festival layout, RESISTANCE Miami will feature multiple areas, including The Carl Cox Megastructure, and the debut of The Cove, featuring unique waterfront positioning to transport attendees back to the spirit of RESISTANCE Island, all nestled under Miami’s signature palm trees while overlooking Biscayne Bay.

Learn more about RESISTANCE Miami 2022 and purchase your tickets here. 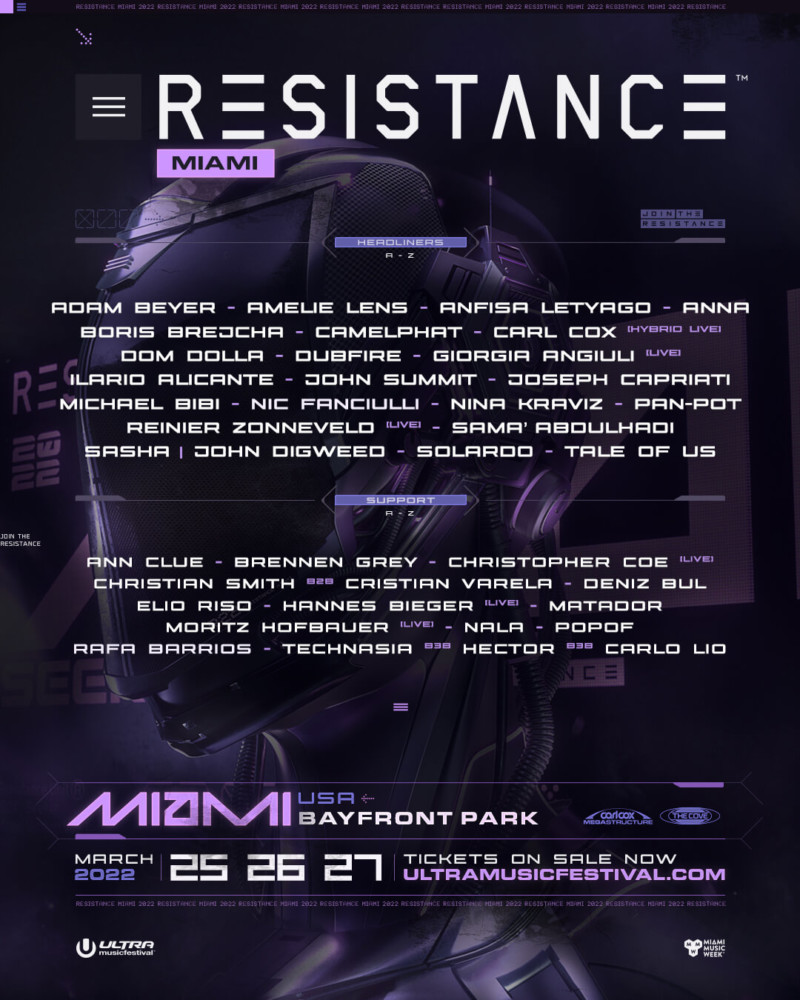