Elderbrook: “Being back on stage has been amazing”

A live phenomenon, self-taught multi-instrumentalist, producer, and singer-songwriter, Elderbrook arrived on the global stage in 2017, lending his vocals and co-writing the Grammy-nominated, platinum-selling smash ‘Cola’ with Camelphat. He then dropped his debut album ‘Why Do We Shake In The Cold?’ last year, which has amassed over 100 million streams and has collaborated with the likes of Rudimental, Black Coffee, and Diplo.

‘Inner Light’ follows his previous offering ‘Body’ (produced by Camelphat) and is also the lead single from Elderbrook’s forthcoming EP, which features collaborations with the likes of Kolsch and Louis The Child.

We caught up with Elderbrook to talk about ‘Inner Light’ and his current musical projects.

Electronic Groove: Hi Elderbrook, congrats on the release of ‘Inner Light’. How did the collaboration with Bob Moses come about?

Elderbrook: Hey, thanks for the invite. Bob Moses sent over a couple of instrumentals with which I vibed with and one of them was ‘Inner Light’. We finished it off over Zoom which was a really strange way to finish a song but it was such a great experience working with them.

Electronic Groove: What was the inspiration behind your new single?

Elderbrook: When I was writing it, I kind of pictured the scene from back to the future of the dance at the school. The song is about the interaction between two people and the feats they overcome in dancing together.

Electronic Groove: How would you describe ‘Inner Light’ in less than 5 words?

Elderbrook: A nice song by me 😂

Electronic Groove: You’ve worked with the likes of CamelPhat, Rudimental, Diplo, and Black Coffee in the past, if you could collaborate with anyone right now who would it be and why?

Elderbrook: Tsha or Bicep, I really love their music and I would love to collaborate on a track with them. I think we could make something great.

“Being back on stage has been amazing. I was worried that it would feel different because I hadn’t done it in so long but I actually slipped straight back into it like a legend”

Electronic Groove: 2020 was a difficult year for everyone, what positives (if any) have you taken from your time spent in lockdown?

Elderbrook: I was really lucky through lockdown I had a studio in my garden so I could still create lots of new music. From a personal perspective, I had my first child in lockdown, and being able to spend time at home with my new family was amazing. I think that’s the biggest positive I’ve learned: the importance of family.

Electronic Groove: Did lockdown change your approach in making music at all?

Elderbrook: Yeah, I started getting into a bit more of a normal routine more similar to a 9-5. Before I might go out and create at random times throughout the day but now I’m more structured and it definitely means it’s more difficult to get into the flow but more productive in the long run. It’s been interesting having instrumentals sent through though and just seeing what I can come up with rather than being in rooms with people. 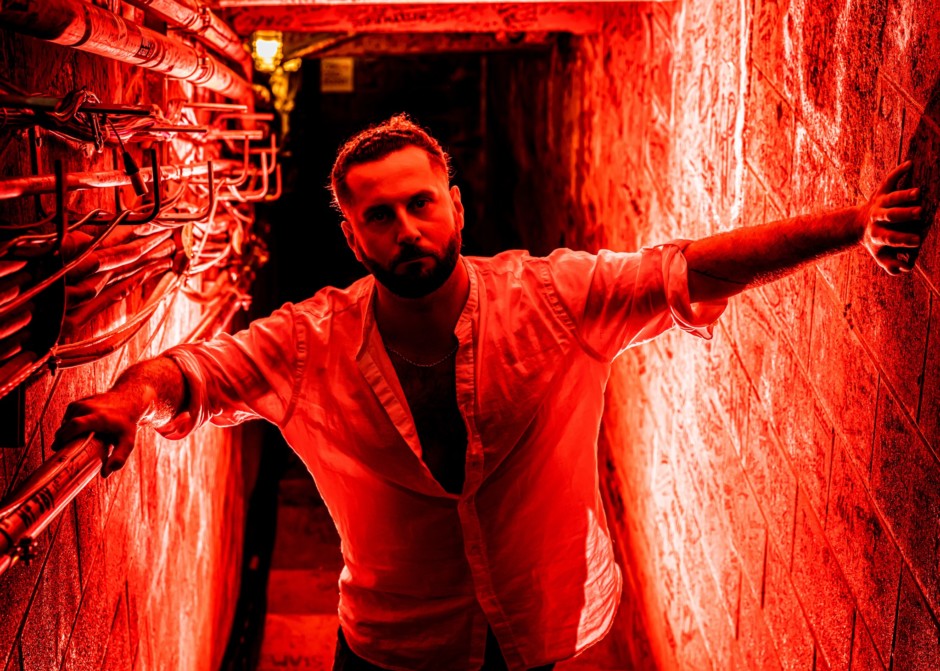 Electronic Groove: You’re currently on the North American leg of your world tour – what’s the experience like being back on stage again and what are the crowd reactions to the new material?

Elderbrook: Being back on stage has been amazing. I was worried that it would feel different because I hadn’t done it in so long but I actually slipped straight back into it like a legend. The crowds have been amazing, it’s so exciting to be able to get back out there and perform and experience live music again.

Electronic Groove: Congrats on selling out your UK dates – what can fans expect from your upcoming live shows?

Elderbrook: A whole lot of dancing and some old, new, and unreleased music in the set too. It’s going to be epic and I’m so excited.

“I had my first child in lockdown and being able to spend time at home with my new family was amazing. I think that’s the biggest positive I’ve learned: the
importance of family”

Electronic Groove: What would be your dream venue to play?

Elderbrook: Brixton Academy. I’ve supported a few acts there in the past and I always think that it would be such an incredible moment to stand on that stage and know it was my own sold-out show, it just seems like a really cool benchmark.

Elderbrook: I’m releasing an EP in October and a whole lot of touring as the world finally opens up once again.