Due to the preventive measures, Dekmantel has been rescheduled, and it is estimated that festivals like Awakenings or Loveland will not take place on schedule.

The coronavirus pandemic has caused most of the world’s countries to be in confinement. That means a pause in many aspects of life, including, of course, mass gatherings of all kinds. For this reason, the Netherlands and Germany, among other nations, announced new security measures in the fight against Covid-19.

Mark Rutte, Prime Minister of the Netherlands, announced the cancellation of all events in the nation until at least September 1st. For its part, the German Senate reported that the restrictions for holding events of more than 5,000 people will continue until October. While events that gather up to 1,000 people will not be held until August 31st. In addition, clubs, theaters, operas, and cultural sites will remain closed until July 31st.

Each of the dates may be extended according to new developments, as the virus contagion curve in the world advances or decreases. For the moment, you can read below the statement issued about the reprogramming of Dekmantel, which will take place from August 4th to 8th, 2021. 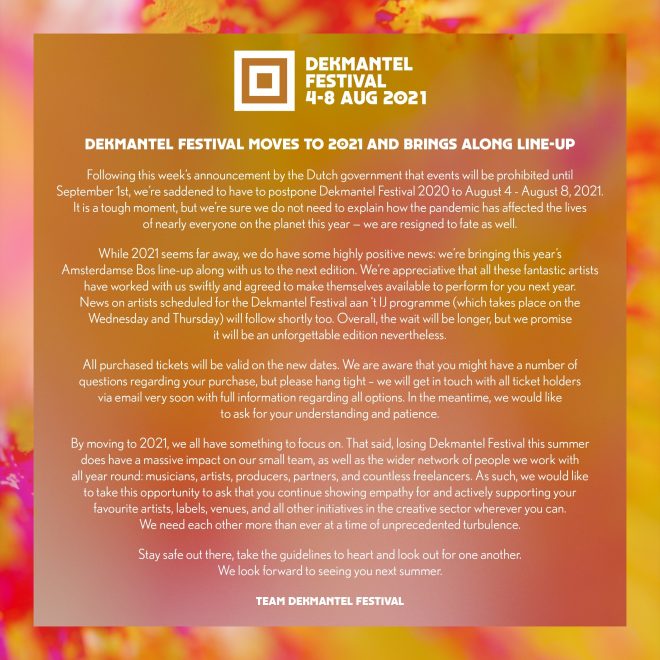