Andy Caldwell: “I searched long and hard for the inspiration to make this album”

Andy Caldwell is a three-time GRAMMY-nominated electronic artist, in-demand songwriter and producer, and world-touring DJ who’s left an indelible mark on dance music for more than two decades. A key architect of the deep house sound, the San Francisco-born, Los Angeles-based artist has forever impacted the global house and dance underground via his multiple projects from his days as part of the innovative live house act Soulstice to his tastemaker record label, Uno Recordings, and his timeless sound.

After a self-imposed hiatus ruminating on the inspirations that drew him to electronic music, IO Music Academy founder Andy Caldwell is releasing a brand new LP this August 2021. ‘Genesis’ marks a new creative era for the artist. Rooted in underground house music, and drawing on a multitude of influences, he delivers an infectious collection of tracks that explore and push the boundaries of his sound.

Today, we sit down with Andy Caldwell to talk about the upcoming release of ‘Genesis’, his time away from music, the creation of his IO Music Academy, and more.

Electronic Groove: Hi Andy! We’re really excited to have you down for a chat. Thank you for your time. How are you? What’s the scene looking like in Los Angeles?

Andy Caldwell: I’m well thanks, and it’s a pleasure to speak with you! LA has been on lockdown since March 2020, so it’s just now getting back up to speed. Small and midsized venues are open again and kids seem to be totally going for it. There’s just so much pent-up demand, it’s crazy.

Electronic Groove: What have you been up to lately, given the circumstances? Were you able to ‘unplug’ from it all? Or did it serve as fuel?

Andy Caldwell: I stayed really busy over the lockdown. I put the finishing touches on my album ‘Genesis’, put together a sound system that runs on a massive battery pack that I built, and went out into nature to film a series of vinyl DJ sets called ‘Origins’. In addition – IO Music Academy (the music production school that I founded) launched a series of online courses featuring some seriously cool underground and cutting-edge producers. We now have over 75 courses, and I am really proud of our team!

Electronic Groove: You’ve got quite the resume beneath your feet. How did you first get involved in the electronic music scene? What was it that made you decide to pursue a career? Do you remember the moment when you decided to ‘work it like a pro’ and dedicate 100% of your time to it?

Andy Caldwell: Thank you, it’s been an amazing ride! I first got into music as a DJ after attending some early parties in San Francisco during the winter of 1992. I’d never seen anything like it, the music, the vibe, the energy it was all so captivating. For the first time in my life, I felt a real sense of place and purpose. I understood that scene in such a deep and meaningful way and learning to DJ was just a natural evolution of those early influences. It didn’t take me long to seek out how to make the music I was in love with so I started taking classes at my university and collaborating with friends who had some experience or equipment. A few years later, I co-founded an electronic group called Soulstice, which we signed to Om Records, and I think it was at that moment that I realized I could make a career out of it.

Electronic Groove: Do you remember a particular track or album that made you see electronic music in a new light? If you had to recommend a record to someone who was getting into electronic music, which one would you recommend?

Andy Caldwell: I think Air’s ‘Moon Safari’ was the first time I heard electronic music blended in such a way that it transcended the machines that were used to create it. Despite the album being made mostly with synths and a proper sequencer, it felt so organic and analog. Some fantastic songwriting as well, those guys created a timeless classic that sounds as good now as the day it was made.

“I had to forgo everything I thought I knew about writing music and just get back to basics. It took a few years really to get to the heart of it but once I’d figured out the direction the music just came together, almost effortlessly”

Electronic Groove: You’ve gone through a self-imposed hiatus. What was it that made you step away? Has the ride been a constant one for you? Or are there just too many ups and downs after a while?

Andy Caldwell: I think, for me, I had just lost my way. I realized I was chasing the next gig, the next ‘hit’ record, and kind of just going through the motions. When I first started out, my only motivation was to hear my music played out by other DJs, which led to bigger and bigger ambitions, and eventually, I was no longer making music for the love of it. I had no inspiration and needed to take a break. That’s when I decided to do something that wasn’t about me, so I opened a music school. It was a very humbling experience, I had to learn an entirely new skillset and routine.

Electronic Groove: Now you’re back and you’ve got your ‘Genesis’ record incoming. Congratulations! Obviously, the name already gives something away…but this one is a new chapter of sorts, right? What can your followers expect, sonic-wise?

Andy Caldwell: Thank you! I searched long and hard for the inspiration to make this album. I had to forgo everything I thought I knew about writing music and just get back to basics. It took a few years really to get to the heart of it but once I’d figured out the direction the music just came together, almost effortlessly. If you’re familiar with my early works then this record will resonate, it’s very melodic with some incredible co-writes. I was fortunate to be able to work with artists, both established and up and coming, and even brought in some of my students from IO to showcase their talents. I was able to get most of the songs together remotely and recorded vocals for most of the songs prior to lockdown. I then spent months shaping the arrangements and working on the mixdowns. When I thought I was done, I put the project aside for a few months and let it marinate. I then came back to it and took another pass at the mixdown and mastered it using a technique I developed. It’s soulful and deep and touches on some really difficult topics. I’m really happy with the final result. 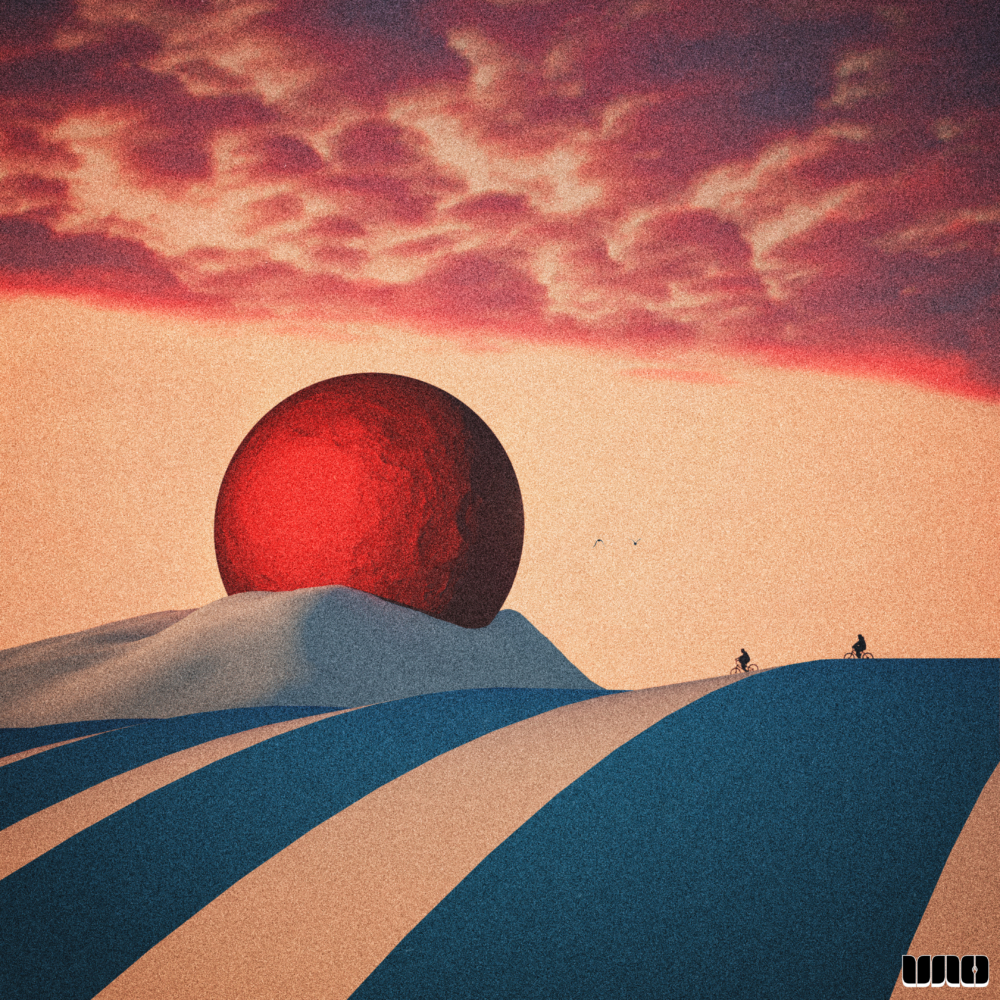 Electronic Groove: There’s quite a handful of collaborations and remixes in this one. How do you decide which artist might be a good fit for each track? Does every attempt at a collaboration work in your eyes? How was it collaborating in these weird times?

Andy Caldwell: I wrote about 15 tracks but ended up cutting many of them as they just didn’t quite fit the sound I was going for. There are co-writes from Australian singer/songwriter Woodes, Satellite Mode of NYC, as well as some homegrown talents from IO, including Lo, Ty Glascoe, and ESAE. It was such an honor to work with each and every one of them, but ESAE, in particular, shared one of her songs that she wrote touching on mental health, which was a really special collaboration.

Electronic Groove: What does San Francisco mean to you? Where do you usually find inspiration? Do you have some sort of subconscious/conscious routine/activities that get those creative juices flowing?

Andy Caldwell: San Francisco will always have a special place in my heart. It’s where I fell in love with music and decided to pursue it as a career. I’ve been talking about getting back up there to work on some tracks with Zhu. he’s setting up his studio for a couple of months to soak up the foggy summer vibes – should be fun! I’m now based in LA and don’t think I could ever move back there, but I love to visit :) My studio used to be a block from the Embarcadero waterfront and I used to take frequent studio breaks and go for walks along the bay, it was really rejuvenating!

“I think, for me, I had just lost my way. I realized I was chasing the next gig, the next ‘hit’ record, and kind of
just going through the motions”

Electronic Groove: What else is in store for Andy this 2021? Any new milestones to look forward to?

Andy Caldwell: I’m launching a series of mix sets called ‘Origins’ and plan on having some guest DJs come through as well. Also some very special remixes off my album from Birds of Mind, Clemente, and more!

Electronic Groove: Thank you for sitting down with us Andy! We wish you all the best!

Andy Caldwell: Thank you as well!