Cloosh & Graham Sweeney: ”As soon as ‘Riptide’ was finished, there was only one place we needed to send it to”

Ireland-born pair Cloosh & Graham Sweeney have come together for a dazzling single in spite of the pandemic and its subsequent complications for artistic collaborations. Inspired by a shared experience, and empowered by the Dance Artifakts label, the producers converged like few can do and went all out for a gripping vocal-led tale that also comes with a mesmerizing music video and a limited run of 100 vinyl copies.

Today, we link up with both Cloosh & Graham Sweeney for a joint interview to discuss the release of ‘Riptide’, dive into their origins as musicians, the production process, their relationship with the label, and the inspiration for the single.

Electronic Groove: Hi Noel! Hi Graham! Thank you for being here with us today. How have you been? Where are you guys located at the moment? What’s it looking like over there?

Cloosh: Thank you for having me. The weather here is great at the moment, the sun is shining & we are returning to normal.

Graham Sweeney: I’m currently at home on Achill Island, off the west coast of Ireland. Today feels like winter, but tomorrow is promised to be more like summer. We take the first servings of the Atlantic weather fronts out here, so we always prepare for four seasons.

Electronic Groove: So, let’s get to know Cloosh. What is Cloosh? When and why was it created?

Cloosh: Many years ago, I had the nickname of Le’Cloosh from my friends, not too sure why they gave me that…I will have to ask sometime, especially as I decided to use it as a stage name as I feel it has a nice sound to it. Felt it more apt to keep it as Cloosh.

Electronic Groove: But you’ve had other musical outlets before Cloosh, right? Is this your first foray into the electronic dance music world and its industry?

Cloosh: I have been creating electronic dance music under Cloosh for many years now, but ‘Riptide’ is my first release under this guise. I was also a member of Band of Clouds, which has 2 album releases and am proud to say I was part of both.

Electronic Groove: What about you Graham? How did you get started in music?

Graham Sweeney: Being from the west of Ireland, as a child, I was surrounded by traditional Irish music. This progressed into a very wide interest of multiple genres as the years continued. I had a wonderful teacher and friend called Steve Davies, who always encouraged me to explore sounds, this helped me to genre hop in the way I do today. It always keeps things fresh for me.

“It was a long but wonderful road, a journey to sorts reconnecting with my electronic roots.” – Cloosh

Electronic Groove: How did you guys meet? Was the connection instant? Did you have to do most of the collaboration online? Does that make the process harder?

Graham Sweeney: How did I meet Noel? It all started with a couple of dear friends, Neil Flynn and Daryl Nolan. Both Neil and Daryl have introduced me to some of the best friends I have, Including Cloosh and John Haggis who produced ‘Riptide’ (also one-half of Speckled Doves). The majority of tracks were laid down in Cloosh’s studio in Waterford, with the addition of a few vocal stems I recorded at home.

Cloosh: I met Graham during my time working with the Electric Picnic festivals here in Ireland. I loved working with him, he has an incredible knowledge of music and the industry. We have built a great friendship over the years. We had begun working on ‘Riptide’ before the time of Covid, but yes, it made things a little different at first. But thanks to technology we were able to continue our work, mainly due to online transfer, emails, and many a zoom calls. 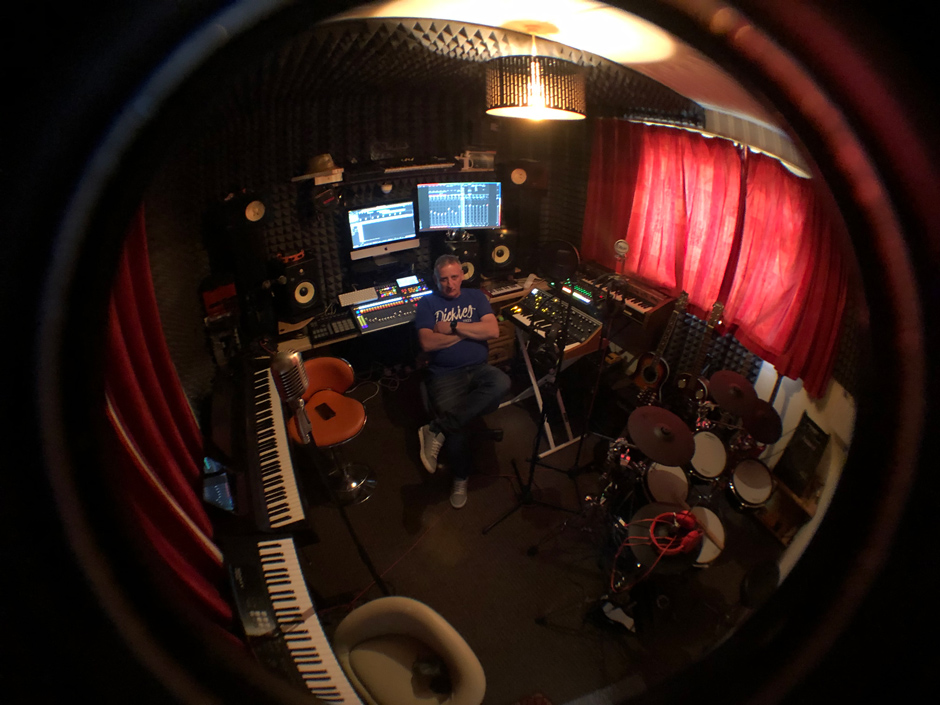 Electronic Groove: And now you’ve got your first release together coming up on Dance Artifakts. Congratulations. What was the road like? Did you go through many iterations of ‘Riptide’ before settling on the final one?

Cloosh: It was a long but wonderful road, a journey to sorts reconnecting with my electronic roots. Yes, many iterations of this track happened before I decided on the final edit.

Graham Sweeney: The track evolved a lot, but the very first beats and guitar tracks that were laid down, off the cuff have been unchanged. The track has held on to the original sound through it all, with some heavy modifications added by John Haggis in the ‘tear-it-apart-and-put-it-back-together’ stage. We were not precious with parts so plenty got left in the scrap pile too. 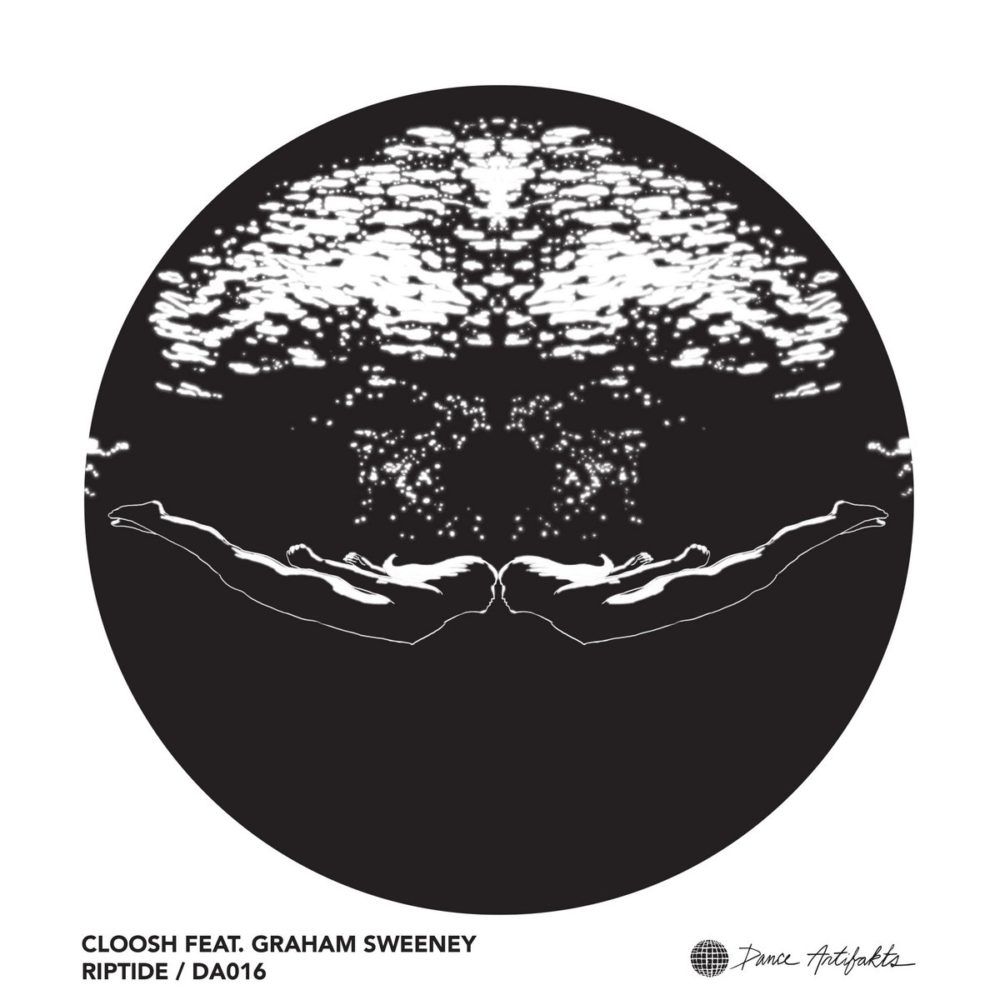 Electronic Groove: This one will feature some exclusive remixes by Neil Flynn, Terron Darby, and Speckled Doves, right? What did you make of them? Did you have any expectations having heard what they had done before?

Cloosh: Knowing the various styles from the 3 artists, I knew theirs would be exceptional, and they really brought their own unique styles to the tracks. I was delighted to have them on board & very happy with the final versions.

Graham Sweeney: As you can tell from the above questions, this EP is more than sending stems to random DJs and hoping to get gold in return, this is all about family and the closest friends. I think this is perfectly rounded off with the variety of sounds and interpretations heard in the remixes. I always knew I would love the remixes, but the guys really blew my mind when I heard them back.

Electronic Groove: And what is your relationship with Dance Artifakts? How did that come about?

Cloosh: I had heard of Dance Artifakts before but with huge thanks to Graham Sweeney, as he sent the final version of the track to them and I was thrilled to hear back from them, and here we are.

Graham Sweeney: The twisting road towards Dance Artifakts was also steered by Neil Flynn. A few years back at a party in Berlin, I was introduced to Terron Darby and much like meeting Cloosh and John, the connection was instant. We have been talking about doing something musical for years and as soon as ‘Riptide’ was finished, there was only one place I needed to send it to. The response from DA was as fluid as the creation of the track. Friendship first, followed by music has put us all in the right place to work together. It’s the best team imaginable.

“When we were recording this track, John had been swimming and got into some trouble at sea, he was rescued and when he told us this story, the lyrical mantra ‘Caught up in the riptide’ was the calling for this track.” – Graham Sweeney

Electronic Groove: What was the inspiration for ‘Riptide’? Do you have any go-to activities for creativity? Where do you get your inspiration from, outside of music?

Cloosh: Long before Covid I invited Graham to visit my studio to listen to what was the very beginning of ‘Riptide’, straight away we both started adding more to it & discussing ideas on how to develop the track. Both the name ‘Riptide’ and the chorus line came from an incident where my producer John Haggis got caught in a riptide. He called to me on the way home that day. The story stayed with me for a long time as I got a fright, let alone how John must have felt. Hence the lyric, ‘Caught up in a riptide’.

Graham Sweeney: Most of my musical inspiration comes from the nature that surrounds me, the ocean, mountains, and lots of space. I spend a lot of time in the sea, surfing and exploring. When we were recording this track, John had been swimming and got into some trouble at sea, he was rescued and when he told us this story, the lyrical mantra ‘Caught up in the riptide’ was the calling for this track. 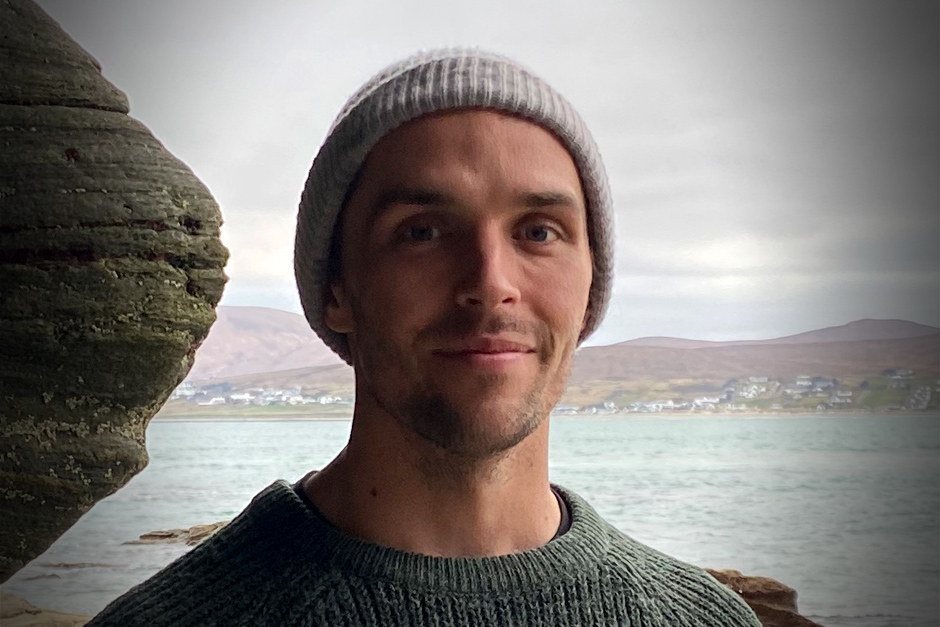 Electronic Groove: What’s in store for Cloosh and Graham Sweeney for the rest of 2021? Are there any new milestones you are looking forward to?

Cloosh: I am currently working on a few new tracks with the aim of having a second release in the coming months.

Graham Sweeney: I’m setting up a new surf school/ live music hub on Achill Island called ‘SoundWave’, as we emerge from these most strange times, I plan to fill this place with music and also teach beginner surfers how best to avoid riptides so they don’t get caught up. I have lots of music I can’t wait to get stuck into with the guys also. More to follow.

Electronic Groove: Thank you for sitting down with us guys! We wish you all the best for the future!

Cloosh: Thank you for inviting me to chat with you about my new track. I also wish Electronic Groove all things good for the future.

Graham Sweeney: Thank you so much for the support with the release, it means a lot to us here in Ireland. Tá failte romhat (you’re welcome in Irish)!

Cloosh & Graham Sweeney’s ‘Riptide’ is out now via Dance Artifakts, and you can purchase your copy here.