Tom Wax: “When you are doing electronic music for over 3 decades, it’s a balancing act”

Tom Wax’s 50th birthday is going down this September, and to celebrate in style, the DJ & producer is releasing his brand-new album ‘Generation 72′. As one of the main characters of the sound of Frankfurt, Tom has worldwide influence as a DJ & Producer. His very first music production was released in 1991, followed by uncountable other releases on the biggest electronic dance music labels all over the world throughout the last 3 decades. After his first long-player ’45 RPM’ in 2017 and the subsequent ‘Driven By Passion’ album in 2020, he sets new production standards for himself in 2022, and this new one showcases the complete range of his unique sound.

EG caught up with Tom Wax to learn more about the drop of ‘Generation 72’, his influences, views on the evolution of the scene, future endeavors, and more.

EG: Hi Tom! Welcome to EG. It’s a pleasure to have you here with us today. Where are you based right now? How have you been?

Tom Wax: I’m based in a very little town close to Frankfurt, Germany, and out of the fact that I have torn my Achilles tendon 10 weeks ago, I’m working like a maniac on new productions, because it’s the only thing I can do at the moment.

EG: We’re sorry to hear that Tom, hope you make a speedy recovery. By the way, congratulations on the release of your ‘Generation 72’ LP! What has the initial reception been like so far?

Tom Wax: I’m super happy with my new long-player and at the moment I am preparing the remix releases of some album tracks, that will be done by Uto Karem, Fractious, Ben Champell, concious, Felix Reichelt, Frank De Wulf, and others. It’s always something special when you release a new album with 16 brand new tracks, and the most special thing is that it will be released exactly on my 50th birthday, September 19th.

EG: So, this is quite the landmark release for you. How has the passage of time affected your relationship with your music? Are you making the music you “always wanted to make”?

Tom Wax: Yes, I would say that in the last 3 years I’m on that level, where I always wanted to get over the last 30 years of my career. When you are doing electronic music for over 3 decades, like I have, it’s a balancing act between being innovative and pleasing your followers. My aim always was to find the right balance between these two, and with my new album, I think I finally made it.

EG: And what can your fans find on this release, musically speaking? What differences can one find with 2020’s ‘Driven By Passion’?

Tom Wax: I always wanna present my current DJ sound on my long-players as well, because that is what the people expect and that’s what they are getting on this one as well. My production sound improved a lot in the last month and there are a few surprising tunes on the album as well. All tracks will be released as singles coming along with a special remix by one of the artists previously mentioned.

“1972 is my year of birth, and I’m a part of the techno generation, which is what I wanted to show on this LP across every song”

EG: So, how did ‘Generation 72’ come to be? What was the recording process for these sessions like? Did you already have a general concept before you even got started?

Tom Wax: I tried to produce tracks that transport the vibe and the energy that I love ever since I got infected with the virus of electronic music. 1972 is my year of birth, and I’m a part of the Techno generation, which is what I wanted to show on this LP across every song. The opener of ‘Generation 72’ says it all and gives you an overview of my musical influences in my youth, and the other 15 tracks are the state of my art at the present moment. That was my aim and so I had a plan for what I wanted to produce when I started the production process over a year ago. I’m very happy with the final result and hope the listeners get the spirit and idea of my music.

EG: Let’s rewind to your origins for a bit. How did you get into electronic music? Was there a record or live show that pushed you down the rabbit hole?

Tom Wax: It was ‘The Art Of Noise – Close To The Edit’, a track produced by my all-time favorite producer, Trevor Horn, in 1984, that got me into the magic of electronic music. The complete ‘Daft’ album in 1985 by The Art of Noise was groundbreaking and was my true inspiration. 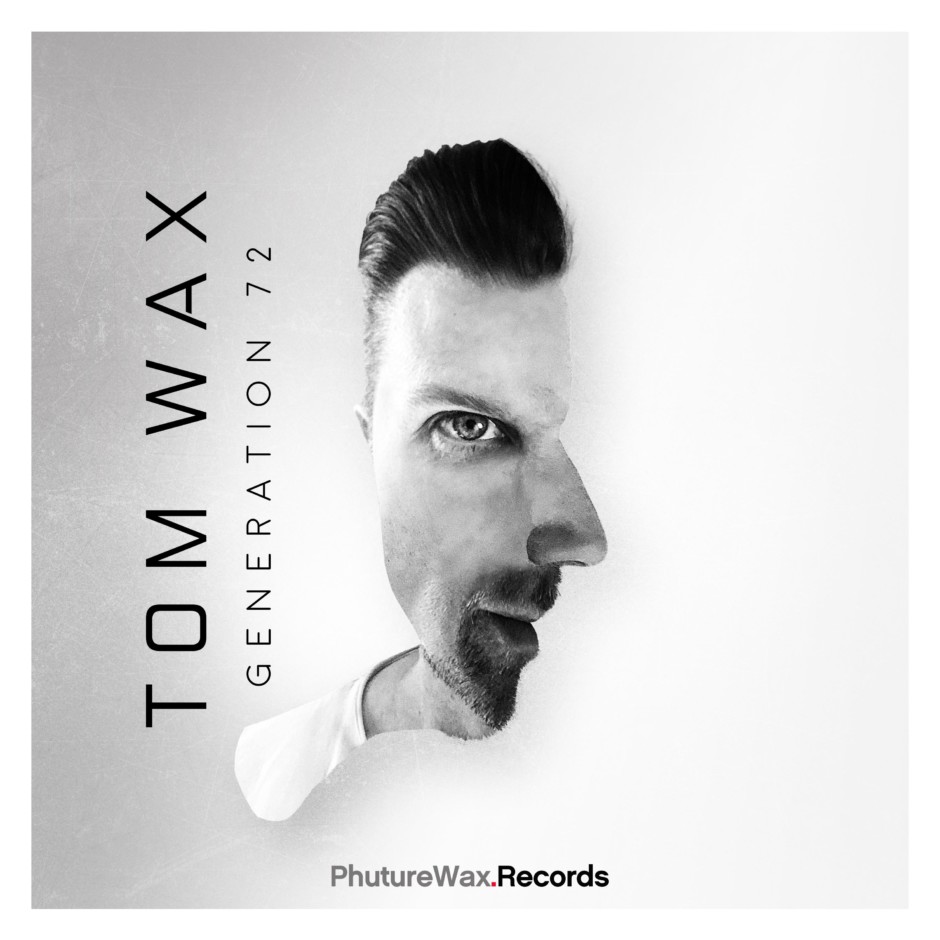 EG: Your first release came back in 1991. Would you say the evolution of the scene has been for the better? Or worse?

Tom Wax: The sound of the productions got better and better, the way of producing music got better and better, but it seems, that the producers don’t have their own ideas and just cover old melodies and tracks in the last years in all genres of electronic music. There are some outstanding artists, that developed something new and defined a new sound, but it got very rare over the last 10 years.

EG: These past few years gave us all a chance to slow down and reassess. What would you like to see more and less of in our scene?

Tom Wax: Less overhyped DJs, no ghost-produced marionettes behind the decks, but more true artists, that live the spirit of electronic music. But times have changed and it seems that you can just survive in the techno bizz by investing a lot of money to get on the line-ups of the big festivals. More focus on the music, not on the hype around a person.

EG: What else can we expect from Tom Wax in the next few months? What new milestones are you looking forward to?

Tom Wax: My new album is a huge milestone in the next month, but I have a release every 2 weeks from now on till the end of the year. A release with the Love Parade founder Dr. Motte is about to drop on Dolma Records called ‘PLUR’, including a Simina Grigoriu remix. I have teamed up with Rico Puestel, from Cocoon fame, to create two special releases on my Phuture Wax label, a collaboration with Sisko Electrofanatic will also be out soon on Codex Records. There are also two mixes for Austrian DJ Dima Riva, that will be out on IAMT and Absinthe soon, and I’ve worked with singer Drea Perlon for some outstanding tunes and I remixed Marc Warbler, Frank De Wulf, GTO, Kay Barton, Fractious, ASYS & Kai Tracid & Rico Puestel.

EG: Thank you for your time, Tom! We wish you all the best!

Tom Wax: Thanks for having me! Looking for a proper DJ booking agency, so if you know anyone, contact me! Don’t forget: It’s our future