Luigi Tozzi is a purveyor of a distinct sound of Italian techno. He has emerged onto the underground scene from the beautiful city of Rome, a place so steeped in ancient history it’s hard to imagine these mystical ruins not having some effect on the enigmatic soundscapes Tozzi builds. And on Deep Blue: Volume 3, we venture past the Gods of Jupiter and Saturn, on a hypnotic exploration into the outer reaches of space, to the blue depths of Neptune.

As we descend, Tozzi intrinsically creates an otherworldly atmosphere, with ambient drones and pitches that ignite an initial feeling of trepidation. It’s a beatless descent into a new world, and when a rhythmic kick finally hits on ‘Salina’, it’s a slow heartbeat that vibrates out amongst alien sounds, which create depth on an otherwise purposefully spacious opening.

Throughout, there are complex layers on the LP, and as the rhythm begins to pulsate on tracks like ‘Mirage’ and ‘Sospensione’, every ambient, distant echo builds tension and adds to the veil of hypnotism. We surrender to the gravity of sound on ‘Deep Blue’, which pulls us further into unexplored territory. Synths are submerged within a dense textural landscape on tracks like ‘Taravana’, only traveling so far on the restrained mechanical waves that Tozzi controls.

The initial feeling of perturbation is broken on ‘Epica Del Ritorno’ as piano keys are gently played, bringing lightness to the second half of the LP. Everything is intricately measured and designed on ‘Posidonia’, aka ‘Neptune Grass’, for a listening experience that isn’t focused on a peak clubroom’s hedonism. Instead, the LP feels more suited to a place where the mind can wander freely and, as Hypnus put it, on a ‘wave of emotional currents.’

On the LP’s closer, ‘Le Grand Bleu’, an unforgiving bass pushes the track to the 14-minute mark, and although it’s a hard-hitting end, it’s a shame listeners will lose out on the digital bonus track ‘Emersione’. This beatless end feels like the ultimate conclusion to the journey; its light sounds blending with intricate tones of synths evoke a feeling of a safe return from the furthest reaches of the deep.

Hpynus Records is the perfect home for Luigi Tozzi’s immersive and melodic ‘Deep Blue’ series. An explorative 7-year journey that still feels like there’s more to be discovered in the ethers. And Gabriella Holmström adds further depth to the soundscapes with illusive imagery bringing to life an alien surface.

Sometimes electronic music doesn’t always need a narrative, but with ‘Deep Blue: Volume 3’, it’s a whole listening experience, one to be enjoyed uninterrupted, allowing yourself to sink into your subconscious, guided only by the sounds of Tozzi, who is simply a master at his craft. 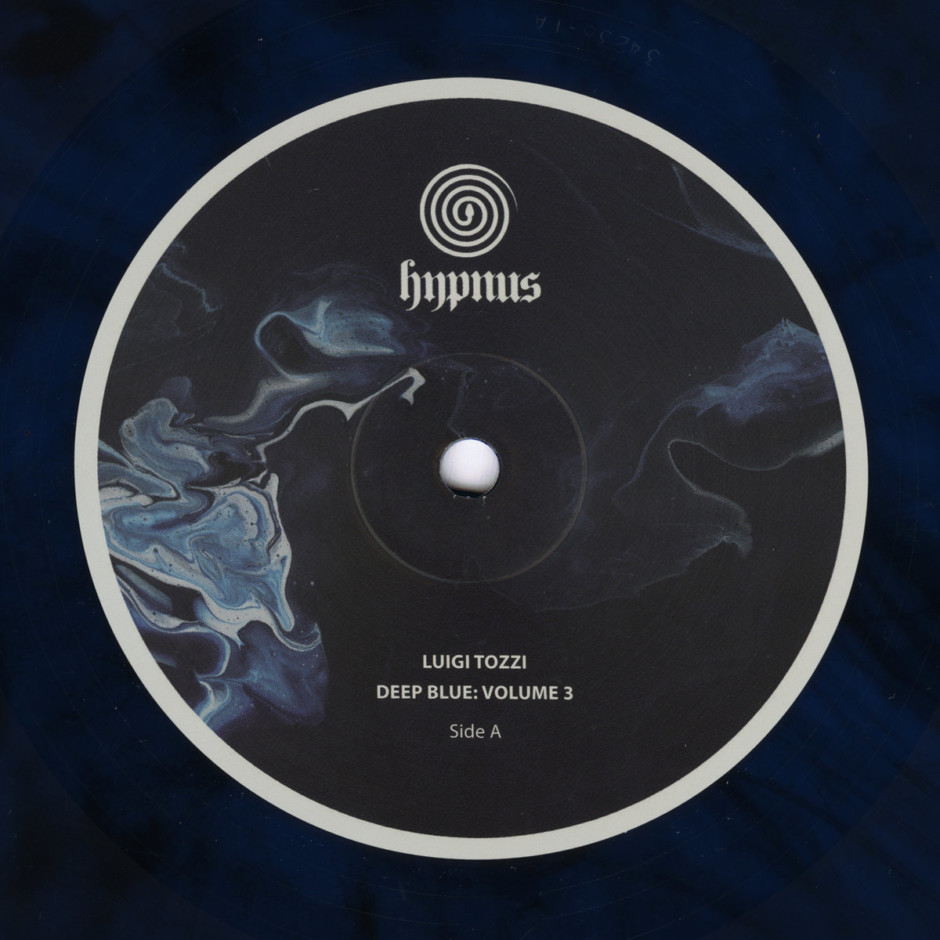