Recognized as the longest-running conference of its kind spanning over three decades, WMC has been at the forefront of shaping the most important conversations and industry trends in dance music. This year’s event will feature insightful programming with top talent across industries such as gaming and streaming, debut brand-new offerings including Guitar Center’s exclusive pop-up shop, the ‘Signed On The Spot’ competition, Miami Music Week (MMW) Oasis at the Generator, and much more.

The 2020 IDMA nominations have been tabulated and voting is now open until February 29th. Winners will be announced over an invite-only cocktail reception on Thursday, March 19 at Pao Terrace in Faena Hotel.

As part of the IDMA’s, the Legacy Awards began in 2019 to recognize artists that have made extraordinary contributions to the world of electronic music. These ten artists have been selected by the IDMA advisory board based on years active, number of releases, and overall influence on the genre.

Signed On The Spot (SOTS) –

Submissions are now open to submit unsigned original tracks for a chance to be reviewed and heard by some of the top labels in electronic music. SOTS is in partnership with Guitar Center, who in addition to helping emerging producers from around the country to join, will provide a $500.00 shopping spree to all category winners.

Generator Miami will play host as the new social hub for WMC, open from Monday through Friday. Daily pool parties, networking events and more will include the following for badge holders and invited guests: 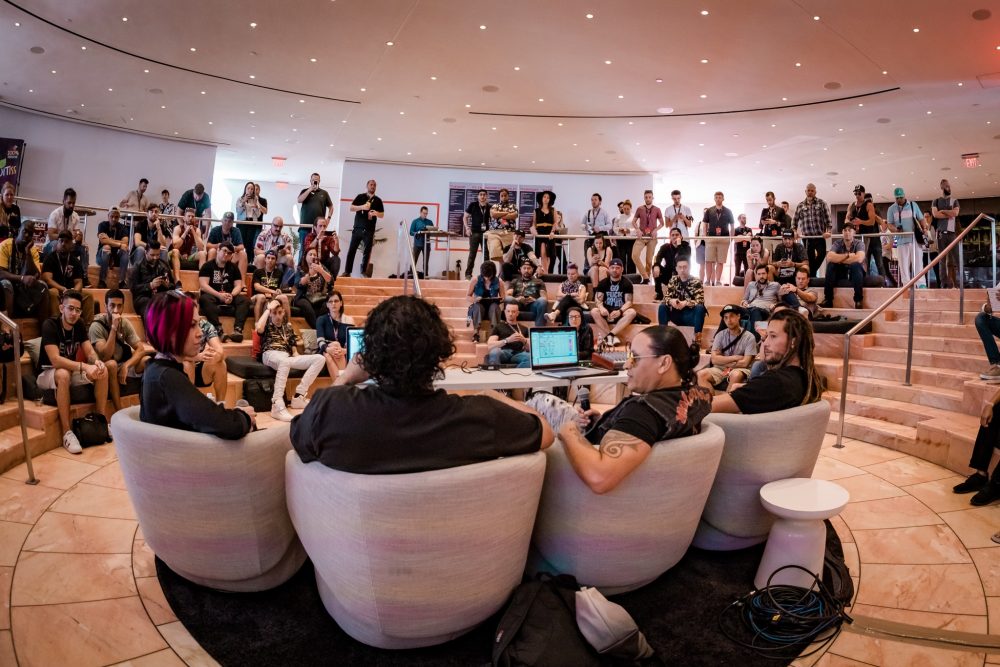 Keynote – The Art of Visual Content: How Ultra Records Built A Monster Channel

*Spotify Presents: From a Great Idea in the Studio, to Music Streaming success.
*UZ: Crossing Genres and Mastering Your Performance + Special DJ Set
*Next Music Presents: Music Discovery Goes Mobile – How to Find A New Audience With Mobile Gaming
*The Viability of Vinyl: The Business and Essentials of Today’s Growing Vinyl Market
*I Like To Score: How To Get Started In Film and Television
*Creating Authentic Partnerships: How Brands And Artists Can Create Credible and Lasting Marketing Relationships
*AFEM Presents: How Do Creators & Rightsholders Get Paid When DJs Play Their Music In The Mix?
*Press Play: The Impact and Future of Playlisting
*Viberate Presents: Data science – Can Social Media and Streaming Metrics Be the Deciding Factor Between Profit and Loss
*Twitch 101 – How Artists Can Build a Fan Base and Make Money Livestreaming on Twitch
*Asia Rising: Strategies For Entering One Of Dance Music’s Hottest Markets
*Social Marketing Abroad: Creating Social Media Strategies For the Asian Market
*Time To Jack: The House Music Blueprint
21 Years of Defected Records: How to Build a Brand That Lasts
Talent First: Navigating the Talent Buying Field
Rise of the Underground: How Detroit Shaped the Global Techno Market
Beyond Instagram: TikTok, Triller, Lasso and the future of music social media
Up All Night: The Future of Nightlife Marketing
How America’s Secondary Markets Are Creating World-Class Festivals
Global Dancefloor: How Dance Music Is Crossing Borders and Genres
Music Modernization Act of 2018: What You Need to Know to Get Paid Under the New Law
How to Build Multiple Revenue Streams as an Artist
SoStereo Presents: Brands, Music, and the Content Explosion

Check out the full list of WMC panels and speakers here.