Labo T. is an electronic music label focused on melodic techno and electronica. Founded in November 2016, the idea for the imprint came to its creator, Teho, with the desire to create a sound laboratory, a place where artists can try new things, a place where they can cross genres, styles, and work both in electronic and acoustic music. With every release, Labo T. intends to highlight organic and melodic music filled with emotions.

We catch up with Labo T.’s founder, Teho, to learn more about the label, his views on art and music, the visual process behind the cover artworks, and the release of his upcoming sophomore album, ‘Infinity’.

EG: Hi Teho! It’s a pleasure to have you here with us. How have you’ve been doing? What’s everything looking like over in France at the moment?

Teho: I’m doing good, I finished production on my 2nd album recently, which will be released in March 2022 on my own label Labo T.. First singles ‘Millie’, ‘Beyond’, ‘Fury’, and ‘At Any Cost’ have already been released over the last few months. Events and parties are happening again, so I feel like life is going back to normal.

EG: How have things been going for Labo T.? Did the pandemic force you into readjustments? Did the focus of the music shift?

Teho: Not really, and we didn’t adjust too many things, just the way in which we promoted the tracks was different. Usually, we have a lot of DJs who are playing the tracks and it helps to promote the releases. During the pandemic, without any events, it was a little bit different but fortunately, some DJs recorded live streams, so that became a new form of promotional support.

EG: Let’s kick it back to the origins. How and why was Labo T. conceived? What’s the meaning of Labo T.?

Teho: I started Labo T. in November 2016, so that’s 5 years ago now. The main purpose was to create a label where I was totally free artistically speaking, but also to give this same freedom to some of my friends, and enable them to make whatever they wanted to do. It’s a kind of laboratory where artists can try different things and step out of their comfort zone. The meaning of Labo T. is a play on words in French. Labo T. sounds a lot like “la beauté”, which means “the beauty” in English. But also Labo stands for laboratory and T for Teho.

EG: How would you describe the sound of the label? How has it evolved over the years?

Teho: The sound of the label is mainly melodic and emotional. I like to feel something when I listen to the tracks I release, not only club tracks. But the tracks can be melodic techno or electronica, downtempo, deep house, it actually doesn’t matter if I feel the track is good. It evolved just a bit in the process of how we release tracks. With time, we understood that releasing fewer tracks in a release kept more attention on the main track. So now we mostly release singles.

“The main purpose was to create a label where I was totally free artistically speaking, but also to give this same freedom to some of my friends, and enable them to make whatever they wanted to do”

EG: Which releases would you say best epitomize the sound of the label? Which would you recommend if you had to show the catalog to someone?

Teho: It’s really hard to say, I love so many tracks on my own label, but I think this selection should reflect what Labo T. is all about.

EG: Can you tell us about the graphic design of Labo T? Who’s the artist? What’s the inspiration for each release?

Teho: The graphic design is a whole part of the identity of the label. Since the beginning, I work with my longtime friend Antoine Devictor, aka A.D.sign. When he told him I wanted to create a sound laboratory, he had the idea to use laboratory processes to make all the designs. For the logo, he used ferrofluid, a magnetic ink, and he photographed a lot of options.

For that we called Series 1.0, Antoine used ink in black and white design to make the link with the logo. 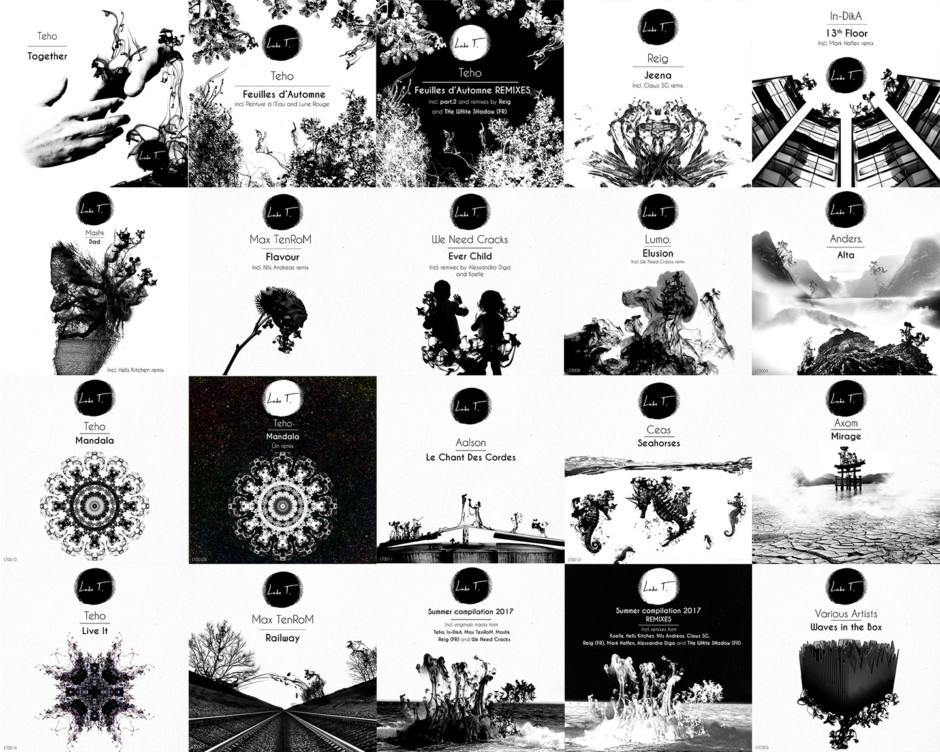 For Series 2.0, he used another technic, still with ink, but this time, implementing colored alcohol inks and a new random process that created aleatory results. I liked a lot the randomization of each graphic, because, in electronic music, a lot of new things came from mistakes. 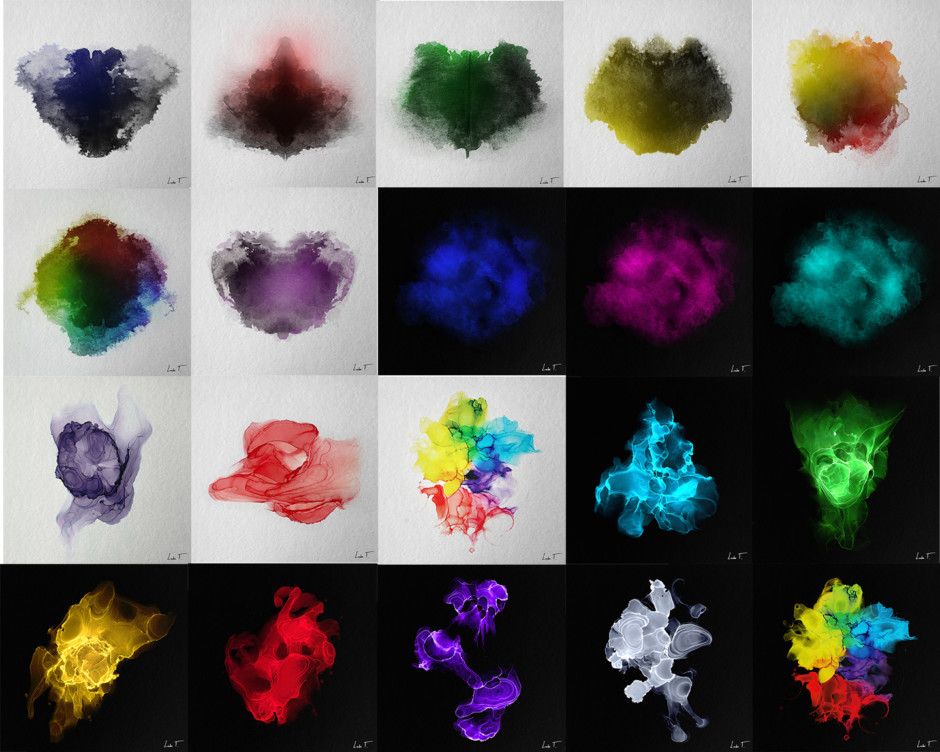 And now, we are currently on Series 3.0 which is again a new process. He used a technic using epoxy resin with an integration of inks. The results are still random, but the chemical reaction makes some of them unique and very special. The final product is an object, a real piece of art. 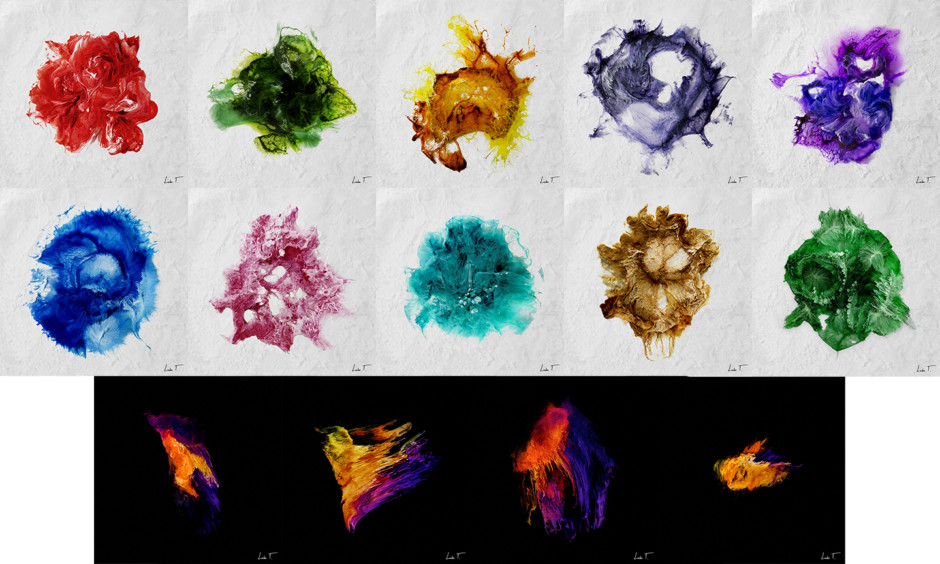 EG: Recently, Labo T. has gone through a visual revamp. What elements did you have to take into account? What is the change meant to transmit?

Teho: We are always looking to innovate and reinvent ourselves. It’s important for us to explore and to try new things. As I said for the sound of the label, Labo T. is a laboratory, even for the graphic designs.

EG: What advice would you give to anyone looking to start their own label?

Teho: Be yourself and make it your own way! If you try to make the same as something already existing, you won’t have your own identity. Being inspired by other labels is a good thing but it’s really important to create something new, in my opinion.

“We are always looking to innovate and reinvent ourselves. It’s important for us to explore and to try new things”

EG: What else is there in store for Labo T.? What else can we expect from the label in the coming months?

Teho: In January, I will release a new single which is a collaboration with my dear friend Ceas called ‘Stern’. After that, a couple of singles will be out, and then my second LP. Some remixes of the album will be released as singles as well.

EG: Thank you so much for your time Teho! We hope to see you on a dancefloor soon!

Teho: Thanks a lot to you for your continuing support on Electronic Groove!